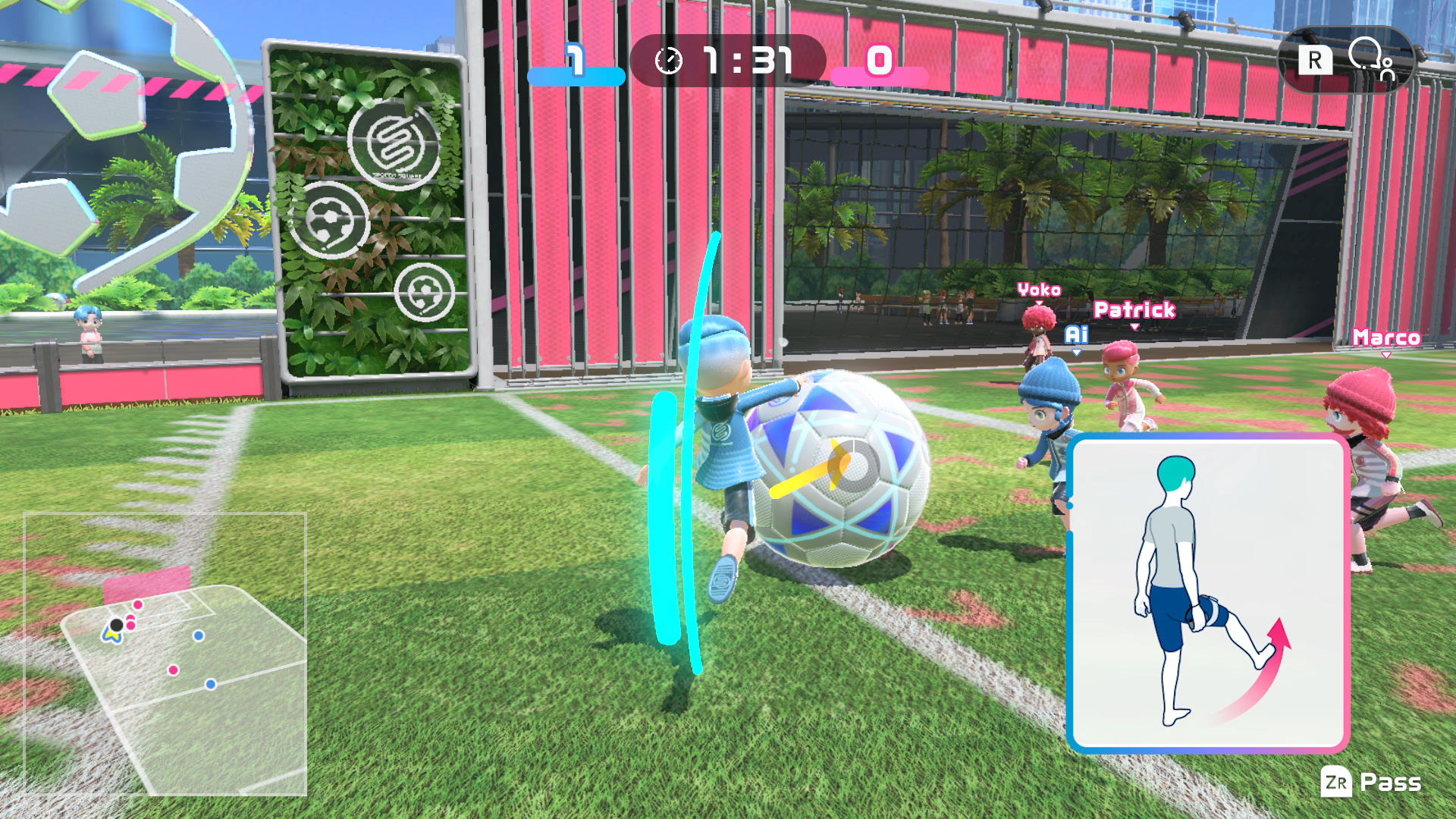 Legs at the ready…

While there is still no news on when the next wave of DLC will drop for Mario Kart 8 Deluxe, Nintendo has certainly gone out of their way to make this July as packed as possible.

From Live A Live and the first wave of free content for Mario Strikers: Battle League, both out today and Xenoblade Chronicles 3 out on July 29, 2022, Nintendo has now announced a new update for Nintendo Switch Sports, which is available on July 27, 2022. For the full announcement, we have it here:

For players who have already been enjoying Nintendo Switch Sports on Nintendo Switch, and for those who have yet to try it, there’s new content on the way that’s sure to kick things up a notch. Beginning on 27th July, a free software update* will be available that adds a number of new features to the game – including updates for Football, Volleyball and online play**.

After applying the update, players will be able to use a Joy-Con controller and the Leg Strap accessory (included with the physical version of the game, and also available to purchase separately) in full Four-on-Four and One-on-One Football matches. Using the Leg Strap, budding footballers can use a kicking motion in real life, allowing the game to turn those movements into in-game actions. Likewise, you can sprint in the game by moving your hands, as if jogging on the spot.

The update isn’t just for Leg Strap players, though. New moves called the Slide Attack and Rocket Serve have been added to Volleyball, and the new S Rank and ∞ Rank that have been added to the Pro League will allow those with a competitive streak to reach for even greater heights while playing online. And when players aren’t spiking, swinging or striking for new ranks in Play Globally mode, they’ll be able to easily join matches in Play with Friends mode by using the new Room IDs. Getting together with faraway friends for some online Nintendo Switch Sports action has never been simpler.

For the full in-depth patch notes for the forthcoming update, Nintendo advises players to “check out the game’s support page once the update is live” on July 27, 2022. The Big N also reiterates that the Golf update for Nintendo Switch Sports will arrive this Autumn.