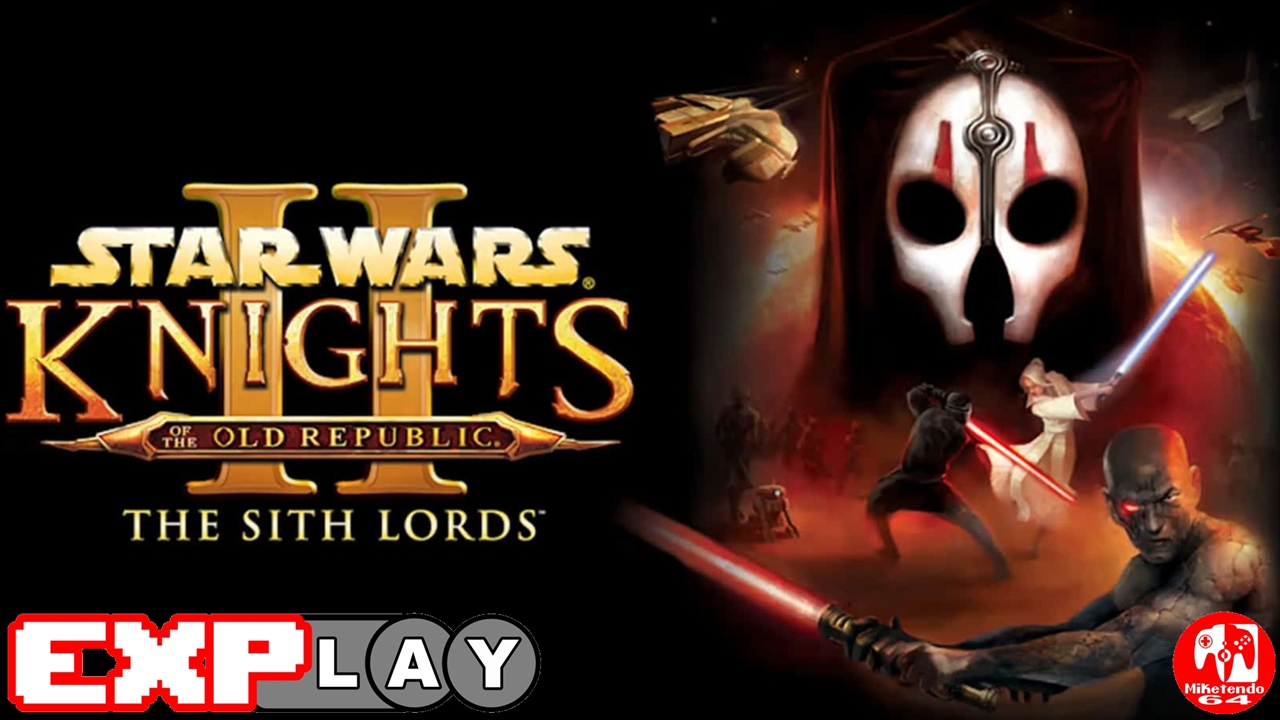 Welcome to EXPlay, (Explain & Play) the review series where we care not for scores but tell it how it is when it comes to every game we get our hands on, whilst also taking the time to include some lengthy gameplay, to give you the reader, the chance to shape your own impressions and views whilst watching and reading. In this installment, we’re covering Star Wars: Knights Of The Old Republic II – The Sith Lords by developer Aspyr.

Star Wars: Knights Of The Old Republic II – The Sith Lords: (The Explanation)

Much like the first entry in the series, Star Wars: Knights Of The Old Republic II – The Sith Lords is a third-person, role-playing adventure game from Bioware and published by LucasArts. It was first released in 2004 for the Xbox and much like its predecessor, it too has now been given a new lease of life on the Nintendo Switch, thanks to Aspyr.

Star Wars: Knights Of The Old Republic II – The Sith Lords is set 4,000 years before the rise of the Galactic Empire and five years after the events of the first game. The Jedi are all but wiped out by the Sith, and a former Jedi Knight who was exiled from the Jedi Order plays a major role in bringing balance back to the force or destabilize the Republic’s efforts to bring peace to the galaxy.

In the game, the player takes on the role of the exiled Jedi Knight and can choose to be either male or female. You can also choose the class of your character, (Jedi Guardian, Jedi Sentinel, and Jedi Consular). Your character can be further customized using the Quick Character or Custom Character settings. The Quick Character set up offers you some pre-rendered custom character models along with an optimized set of skills and traits. In Custom Character setup, you have a broader selection of customization options that will alter your character’s appearance and manually adjust the skills and traits to your preference by distributing the allotted amount of skill points, much like you could in the first game.

After your character has been customized, it is time to jump into the game. Like with the first game, the gameplay is a mix of exploration and combat. You can engage the enemy in combat and attack using weapons and skills to drain their health. Attack is the default means of engaging combat and it can be interrupted by moving or using an item. Your character can engage in close- or long-range combat depending on the weapons they wield. Characters with different weapons equipped can swap between them by selecting the switch weapons action in the command bar.

Like with Star Wars: Knight Of The Old Republic, the combat gameplay in Star Wars: Knights Of The Old Republic II – The Sith Lords uses the d20 system (the dice system used in board games like Dungeons and Dragons). Whereas in the first game the time would pause between actions, in KOTOR II, the combat is more fluid by default and only pauses when an enemy has been spotted.

Like I said before, your characters can earn experience from completing actions, or engaging in combat. Once enough experience is earned, you will be able to level up those character(s) to make them stronger. They will also acquire attribute points that can be distributed upon your skills to improve upon them. These skills can help your player by increasing their ability in a particular field. For example, increasing the Persuasion Skill will make your character more persuasive and NPC’s are more likely to respond to you successfully. Improving the Stealth Skill will permit you to wander past certain enemies without gaining their attention.

Fans of the first game will no doubt be jumping into Star Wars: Knights Of The Old Republic II – The Sith Lords (if they haven’t already). For new players, you may find this game to be slightly more accessible to play than the last game and the tutorial will certainly walk you through what you need to know in order to play the game.

As another classic Star Wars game priced at a respectable $15.99 USD, if you enjoyed the first game or are looking to try out the series for the first time, it isn’t going to break the bank and you might even have some fun with it as well.

Star Wars: Knights Of The Old Republic II – The Sith Lords: (The Gameplay)