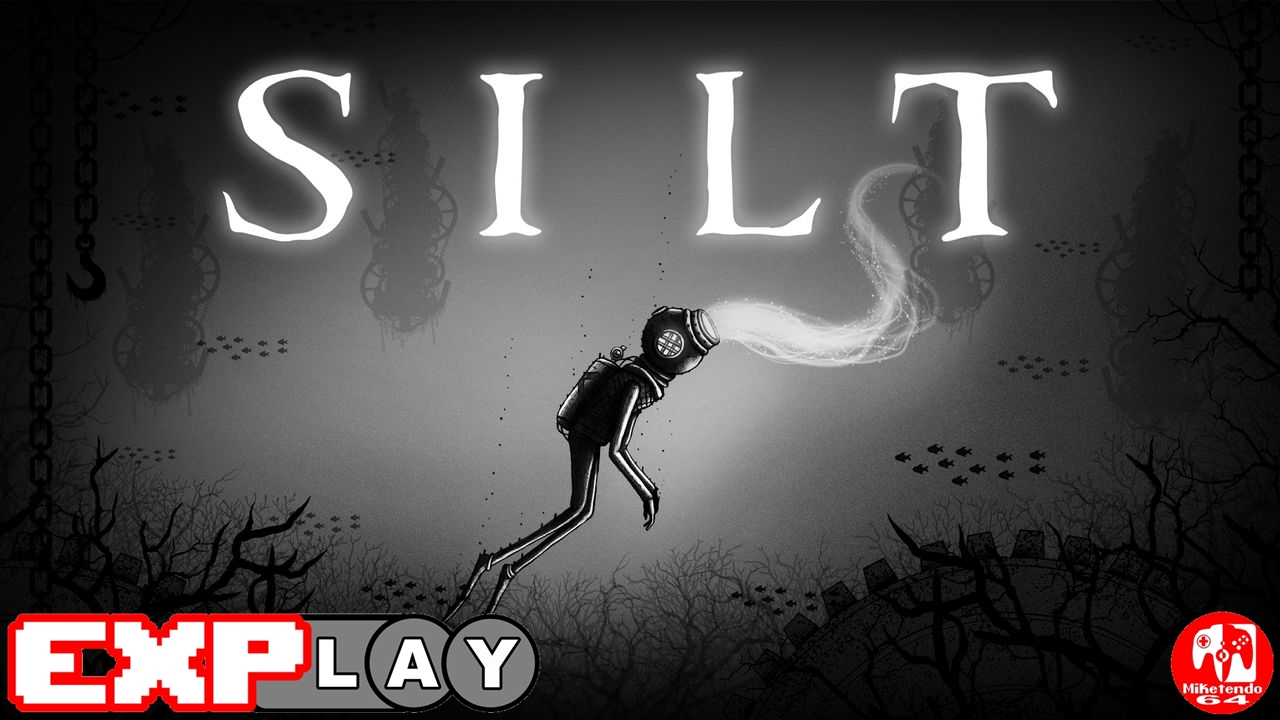 Welcome to EXPlay, (Explain & Play) the review series where we care not for scores but tell it how it is when it comes to every game we get our hands on, whilst also taking the time to include some lengthy gameplay, to give you the reader, the chance to shape your own impressions and views whilst watching and reading. In this instalment, we’re covering SILT by developer/publisher Spiral Circus Games.

SILT is a 2D underwater adventure game that is set in a deep, dark monochromatic abyss. The game is developed by Spiral Circus and published by Fireshine Games. The game’s visual aesthetic is the product of one of the developers, Tom Mead’s own penchant for watercolor paintings of “Characters in vast, empty abysses” as stated on the game’s Wikipedia page.

In the game, the player takes control of an unnamed scuba diver who is chained up at the bottom of a dark ocean. Why they are chained up is unknown but the diver has the ability to possess sea creatures and get them to do their bidding. By possessing one of the piranha-like fish in the area and getting them to bite through the chains, the diver is able to free themselves but this is just the start of their journey. They must navigate the dark abyss whilst confronting gargantuan leviathans and discover the secrets of the deep where ancient machinery and strange organisms are found.

The gameplay for SILT focuses on exploring the environment and solving puzzles. The puzzles come in the form of obstacles which require the diver to possess a particular sea creature in order to overcome it; Piranhas can bite through ropes and chains, Hammerhead sharks can break large rocks, and Crabs have hard shells that can withstand presses and break propellers. These are just a few of several creatures that you can possess in order to help the diver on his journey.

While most organisms in the underwater world of SILT are docile, there are some that aren’t quite so benevolent. Some organisms like worms and amoeba will kill you instantly if they come into contact with you. Death isn’t the end however, as you will simply respawn in the last area you were in and will have to overcome the challenges again.

SILT is not a long game. It is only about four chapters long and will probably take a few hours to complete. Once you know what is needed to solve each puzzle though, you will probably be able to beat the game a lot sooner. Each chapter in the game has a large monstrous sea creature waiting for you at the end. These “bosses” require you to use your wits (and the power of possession) to solve problems that will exploit a boss’s weakness. Once you beat the leviathan, you will be able to absorb their essence and move onto the next chapter.

Now, I usually like scuba diving games or underwater exploration games to have a lot of color as I am used to seeing colorful and vibrant fauna and flora when I go scuba diving in real life. SILT is a rather interesting contrast that doesn’t rely on color to draw in the player but rather plays on the aspect of solitude and loneliness that one would experience in the deep dark depths of the ocean. It is not a long game but it is certainly an interesting game nonetheless that doesn’t hold your hand all the way through. SILT is one of those games that might not look too appealing at face value but once you start playing, you will be ensnared from beginning to end.