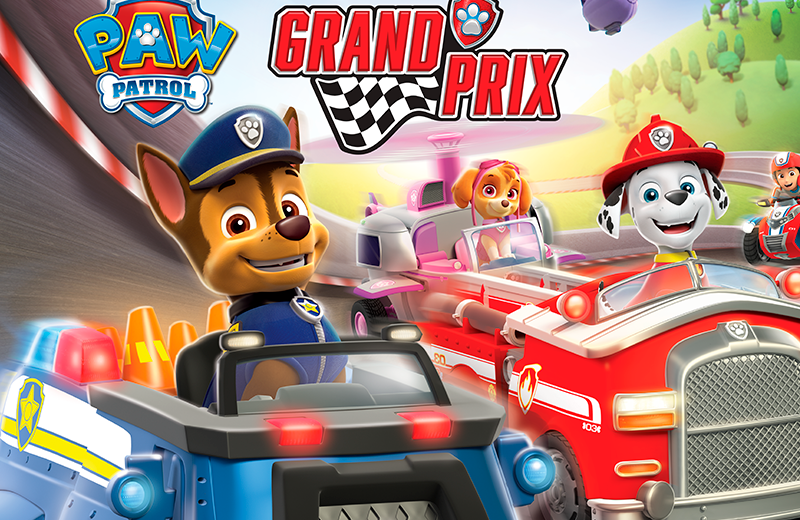 London, 19th May – The PAW Patrol are on their fastest mission yet – to win the Pup Cup! Outright Games, the leading global publisher of family friendly interactive entertainment, in partnership with Paramount Consumer Products, Nickelodeon and Spin Master, a leading global children’s entertainment company and the creators of PAW Patrol, today announced the upcoming release of PAW Patrol: Grand Prix. Developed by 3D Clouds, players will be challenged to PAWsome kart competitions, racing around in iconic vehicles from the popular TV show. The game will be available this September on PlayStation 4®, PlayStation 5, Nintendo Switch™, Xbox One, Xbox X|S, Steam and Google Stadia.

Join Ryder and his furry friends as they race around Adventure Bay, Jake’s Snowboarding Resort and the Jungle to find out who can put their pedal to the metal and be crowned the winner. Watch out for the sneaky Mayor Humdinger, who could be just around the corner to turn your race into a crazy catastrophe!

PAW Patrol: Grand Prix allows for up to 4-players at once and includes an easy control option for little ones with auto-acceleration to guide them around the track – as well as a hard mode for experienced track stars.   So, buckle up for a PAWsome race around 11 tracks with your best pup pals!

This all-new kart racer is based on PAW Patrol, one of the most successful series in kids’ television globally, consistently ranked among both top-rated preschool and kids’ 6-11 series, since it aired in 2013. The global phenomenon reaches over 170 countries through the TV show, toys, video games, clothing lines, and even theme park rides.

Last year, the PAW Patrol franchise expanded with PAW Patrol: The Movie™, produced by Spin Master Entertainment in association with Nickelodeon Movies and distributed by Paramount Pictures, which ranked #1 across most territories in its opening weekend. It made over $144M at the global box office and remains a smash hit on Paramount’s streaming platform, Paramount+. PAW Patrol will celebrate its 10th anniversary next year, as well as release a second film, PAW Patrol: The Mighty Movie.