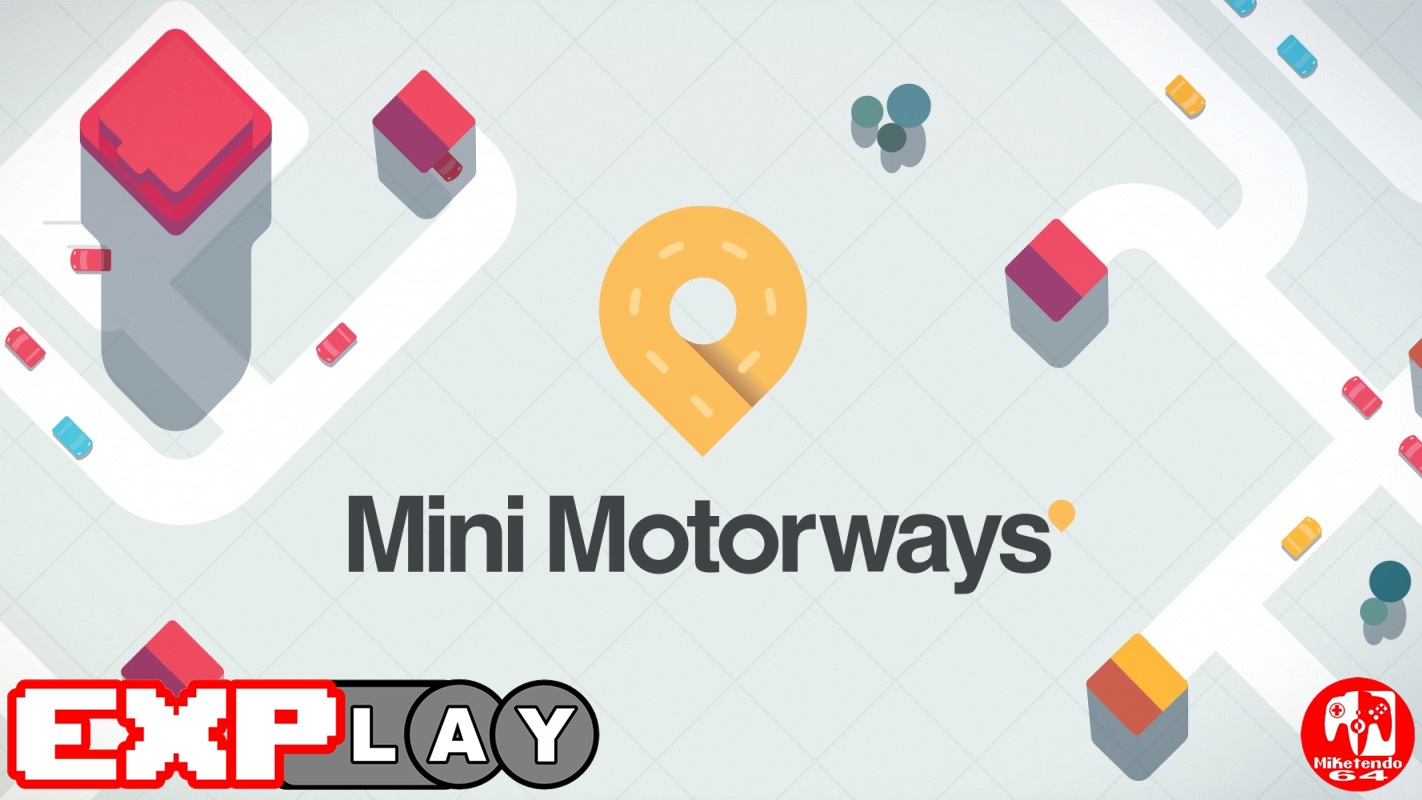 Welcome to EXPlay, (Explain & Play) the review series where we care not for scores but tell it how it is when it comes to every game we get our hands on, whilst also taking the time to include some lengthy gameplay, to give you the reader, the chance to shape your own impressions and views whilst watching and reading. In this installment, we’re covering Mini Motorways by developer Dinosaur Polo Club.

Mini Motorways is for all intents and purposes a spiritual successor to Dinosuar Polo Club’s first outing that featured the subway or “tubes” of a growing city. In Mini Motorways we move above ground, except while making tunnels, to create roads, highways, bridges and tunnels to connect people and keep traffic flowing. The premise of the ‘Mini Series’ of games is to get from point A to point B in the most efficient and cost-effective manner.

You will quickly find that as your city grows you will need to expand your arsenal of roadway management by adding roundabouts, traffic lights, and interstate highway connections. You move through the main campaign by meeting a goal of a certain commuter number to unlock the next metropolis. I found it simple enough, but where the game hooks you is in its desire it creates in you to do better.

Each time you play a Mini Motorways city you start off at different places on the map, with different needs, and roadway and bridge numbers. As you complete the weeks you begin to grow your city adding new houses and businesses of varying colors, red, orange, yellow, green, blue, indigo, violet, and white. **Sidenote, there are accessibility options for color differences modes for those wondering.**

The simplistic gameplay loop of getting to your destination is controlled by moving with your left control stick. You can lay down roads with A, or remove roads with B, or grab a special item like a traffic light or roundabout from your sidebar menu. There are also modes for having to toggle on/off the button or holding it down as you ‘draw’ out your roadway system. Once you lay some roads connecting the houses with their destinations (businesses/storefronts/etc.) in the same color matching fashion the cars will automatically drive to the destination.

Complication sets in when depending on the roads you have already laid out you may need to invest in bridges or highways to get around traffic jams or set up the aforementioned roundabouts and traffic lights to ensure smooth transitions in congested areas. The traffic moves on its own through those obstacles routing along the fastest route, but sometimes creating an out of the way route may also be helpful to avoid congestion.

Failure in the game happens if too many commuters are needed for a given building and not enough cars help to offset that need. Once the timer counts down, it’s all over, so build wisely to avoid the level ending failure notice.

The visuals in Mini Motorways are minimalistic like Dinosaur Polo Club’s Mini Metro title. The game does have some more graphically pleasing elements to mix things up like trees and bushes, waves in the water, shadows from buildings and details in cars. There’s also a night mode which adds lights in front of cars and is just easier on the eyes when playing late at night.

Mini Motorways has a soothing soundtrack and subtle audio cues that chime as you play and expand your city or to notify you when traffic is in need of attention or a stop light. The gameplay loop is a mix of simple mechanics with an urge to do better each time and push towards a higher score.

The game also has daily and weekly challenges which are randomized maps with qualifiers or inhibitors to gameplay elements. For instance, you might have to build your city without traffic lights or with a limited number of roads. These challenges add to the replayability and insist you come back each day or week to try your hand at them. There are leader boards so you can see how you stack against the world as well as your friends.

Overall, Mini Motorways is a great addition to the Switch and was featured and released alongside the May 2022 IndieWorld showcase. The game is easy to play but can be difficult to master, especially as your small town becomes a raging cityscape with how you change your road layouts to accommodate for the growing neighborhood. You may find yourself lost for hours trying to maximize your score and beat the weekly challenges. I know Mini Motorways has its hooks in me and I can’t wait to play more of it again soon.