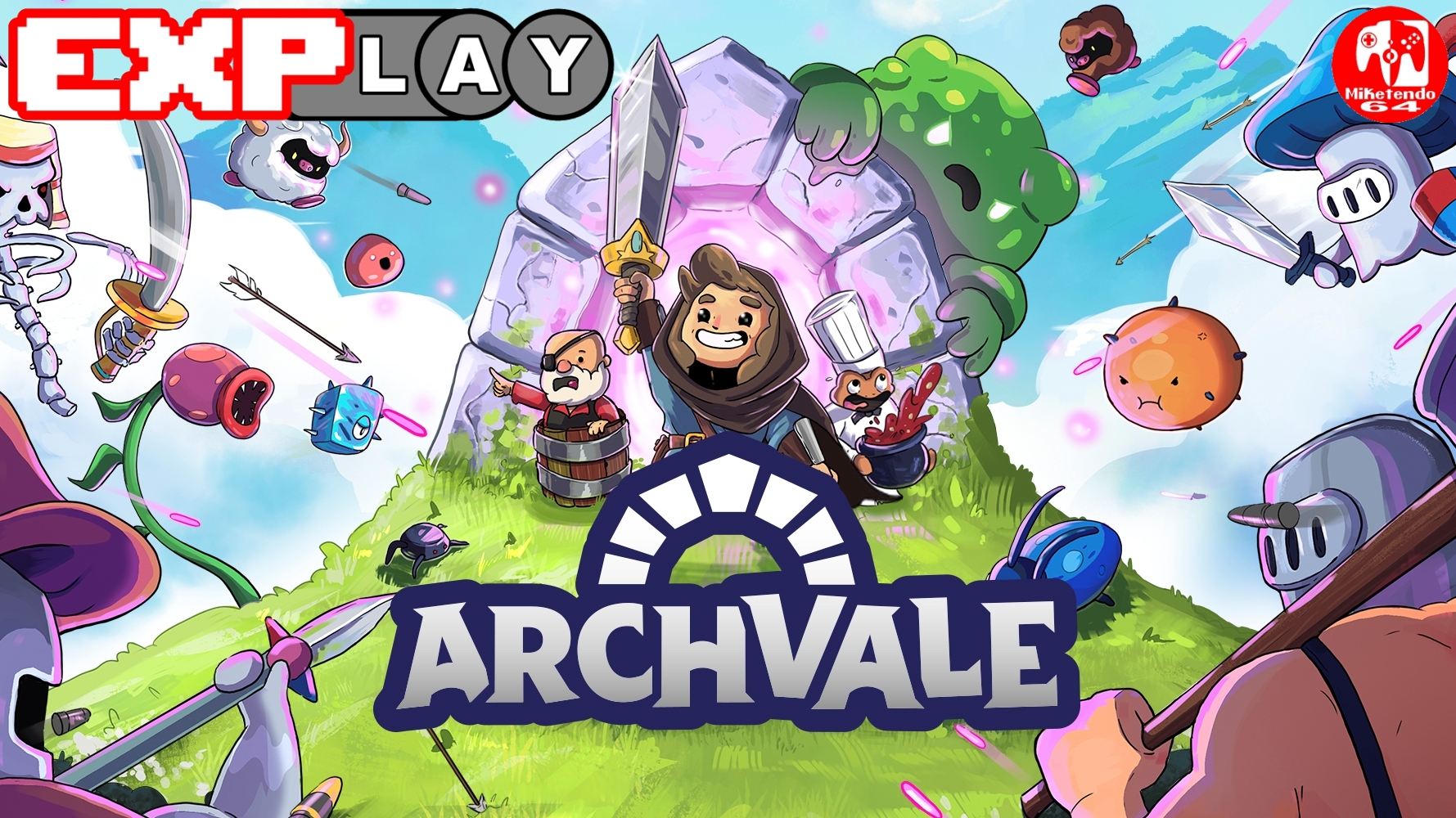 Welcome to EXPlay, (Explain & Play) the review series where we care not for scores but tell it how it is when it comes to every game we get our hands on, whilst also taking the time to include some lengthy gameplay, to give you the reader, the chance to shape your own impressions and views whilst watching and reading. In this instalment, we’re covering Archvale by developer, Idoz & Phops.

Since its original conception, there can be no denying the brilliance that is The Legend of Zelda series of videogames. From the very first game in the series, all the way up to 2017’s Breath of the Wild, each instalment has dared to challenge what a puzzle-solving adventure game could be like. From games like A Link to the Past, and Ocarina of Time to the more unconventional Link’s Awakening, Majora’s Mask and Tri Force Heroes, Nintendo and their trusted developers have always sought to improve upon their established formula in weird, wonderful and wacky ways.

Not every idea has been a great one, but as a series, Zelda has repeatedly remained consistent in its defiance of becoming stagnant and has never ceased to stop inspiring hundreds of games. From Blossom Tales to Oceanhorn and the many games in between, Zelda inspiration is everywhere and there have been instances where the indie versions have hit just as hard as the official ones did. Heck, there’s even been spin-off Zelda game made by an indie developer and now, thanks to Idoz & Phops, we have an indie game that asks “what do you get when you cross Zelda, with bullet-hell?” The answer, Archvale.

Made with GameMaker engine and comprised of colourful pixelated artwork, Archvale is a top-down adventure game that tasks players with exploring an eventful world, in a quest to uncover a terrible truth, all whilst keeping players on their toes, thanks to some brilliant bullet-hell madness. With each new enemy encountered, comes a new method of attack for you to study and counter against as you take a nameless adventurer and do all that you can to keep him alive by mastering new weapon types, levelling them where ever and whenever possible, or simply crafter stronger weapons and armour, intended to allow you to stay alive for longer.

In a world where only the player character can slay the Undying, adaptability is everything and one of the things I really enjoy about Archvale, is how quickly a player can go from one area where you can take out all enemy threats with the simplest of ease, but then enter a new area, where only two things could potentially save you, skill, or possession of the best equipment available.

Archvale, even when playing on the game’s easiest of three difficulties, really knows how to ramp up the difficulty the more you progress and somewhat disappointingly, once you created your save file, there is no altering it. You will be stuck with what you choose, unless you opt to create a new playthrough and do so on a different difficulty setting. On the plus side, should you select a higher mode and you feel like you’ve reached a point in the game that you can’t get past due to it being too hard, you could always opt for a second player to come help you.

While no online multiplayer is supported, local multiplayer is and we are delighted to say even with two players on the screen, a whole army of enemies and many projectiles flying, Archvale boasts a brilliant framerate of 60 fps. What’s more, whilst out and about, exploring Archvale’s overworld in its entirety, players will be able to collect pieces of Archstones, encounter formidable bosses that will test your nerve, discoverable fountains that can reward you with stat-boosting defence points, serve as save spots and world points, and a whole array of other secrets.

Then when players are after a nice place to rest, safe havens are available in the form of towns, where players can interact with NPCs who will purchases trinkets off them, empower your weapons, sell you a manner of useful goods and badges, chefs who will make your health potions all the more potent and even banks that will keep all your gold safe, so when you die, you won’t lose it all. For what appears to be such a simple game on the surface, the truth is far from it. Archvale is a wondrous title, lovingly crafted together with so many brilliant gaming elements and tropes that it all comes together marvelously and works tremendously well, much like most beloved Zelda games.

Having recently obtained a gorgeous physical release by Super Rare Games, packaged with all kinds of goodness, it’s a shame Archvale sold out already. Then again, it goes to show just how good this game really is and just because it is no longer available digitally, it doesn’t mean you should continue to sleep on it as Archvale is a worthy title to join any Zelda fan’s ever-growing library of games.