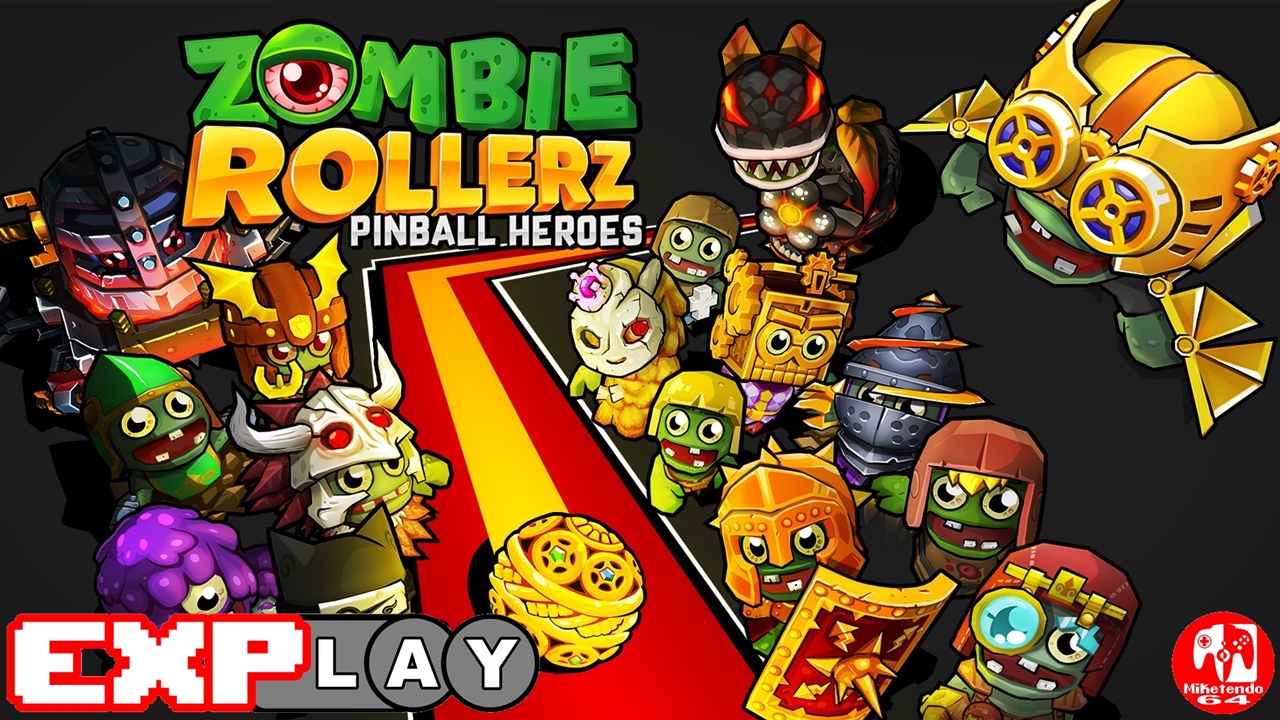 Welcome to EXPlay, (Explain & Play) the review series where we care not for scores but tell it how it is when it comes to every game we get our hands on, whilst also taking the time to include some lengthy gameplay, to give you the reader, the chance to shape your own impressions and views whilst watching and reading. In this installment, we’re covering Zombie Rollerz: Pinball Heroes by developer Zing Games Inc.

Zombie Rollerz: Pinball Heroes is an amalgamation of a pinball arcade-style game mashed into a 3D rogue-like genre. If that sentence seems like a mouthful and you’re wondering how those things mix, you aren’t alone. When I first heard of the game and followed the development, I was intrigued. The memories of games like Kirby Pinball and Metroid Prime Pinball raced through my mind. The melding of rogue-like gameplay into a pinball game made sense and was something I feel like the pinball arcade genre needed.

In Zombie Rollerz: Pinball Heroes, you select the role of various hero characters each with their own skills and special abilities that you can upgrade as you play through. You will navigate the overworld map moving along paths and coming across encounters that open up as playable 3D pinball tables. The various tables have zombie hordes that you need to eradicate while maintaining your lives in your current run. Along with typical pinball ramps and rails, you will need to activate traps to hold back the zombies from destroying your flippers’ health points.

Some tables will have secret hidden areas where you can collect coins and hidden collectibles that can aid in your battle and upgrade your hero. As you move through the overworld you also need to avoid the zombie plague. You also will want to visit shops to upgrade your play style which can give you the upper hand in boss battles you encounter. Along your path, you will also run into a treasure chest that can give you special item boosts to use in future table play.

The roguelike elements of Zombie Rollerz: Pinball Heroes include an always random world where no run is ever the same. The game does have some rogue light elements in how your progression on the hero you choose isn’t removed when you die, giving you new abilities the more you play. There are 10 heroes to unlock in the game giving you a variety of upgrade abilities and strengths and weaknesses. I recommend trying each hero as you play through the roguelike arcade pinballer.

Zombie Rollerz has a color and cartoony world which looks and plays well on the Nintendo Switch. The gameplay is fast and frantic as you roll through zombies and activate traps that can slice and dice the oncoming onslaught. There are 50 different types of enemies which keep the game unique with each run. I did find in my gameplay some enemies can be more difficult, requiring more than one hit to take out. If you get too many of them early on it can be hard to get too far until you are strengthened.

If you are a fan of a pinball arcade-style game and the idea of a roguelike with a slight grind to unlock new character heroes and abilities Zombie Rollerz: Pinball Heroes may be for you. There’s a lot here in terms of unlockables, collectibles, and gameplay styles. Once you find a colorful hero with abilities you are fond of you will have tons of fun. The Zombie antics are hilarious, as well, as you slice and explode them into bits.