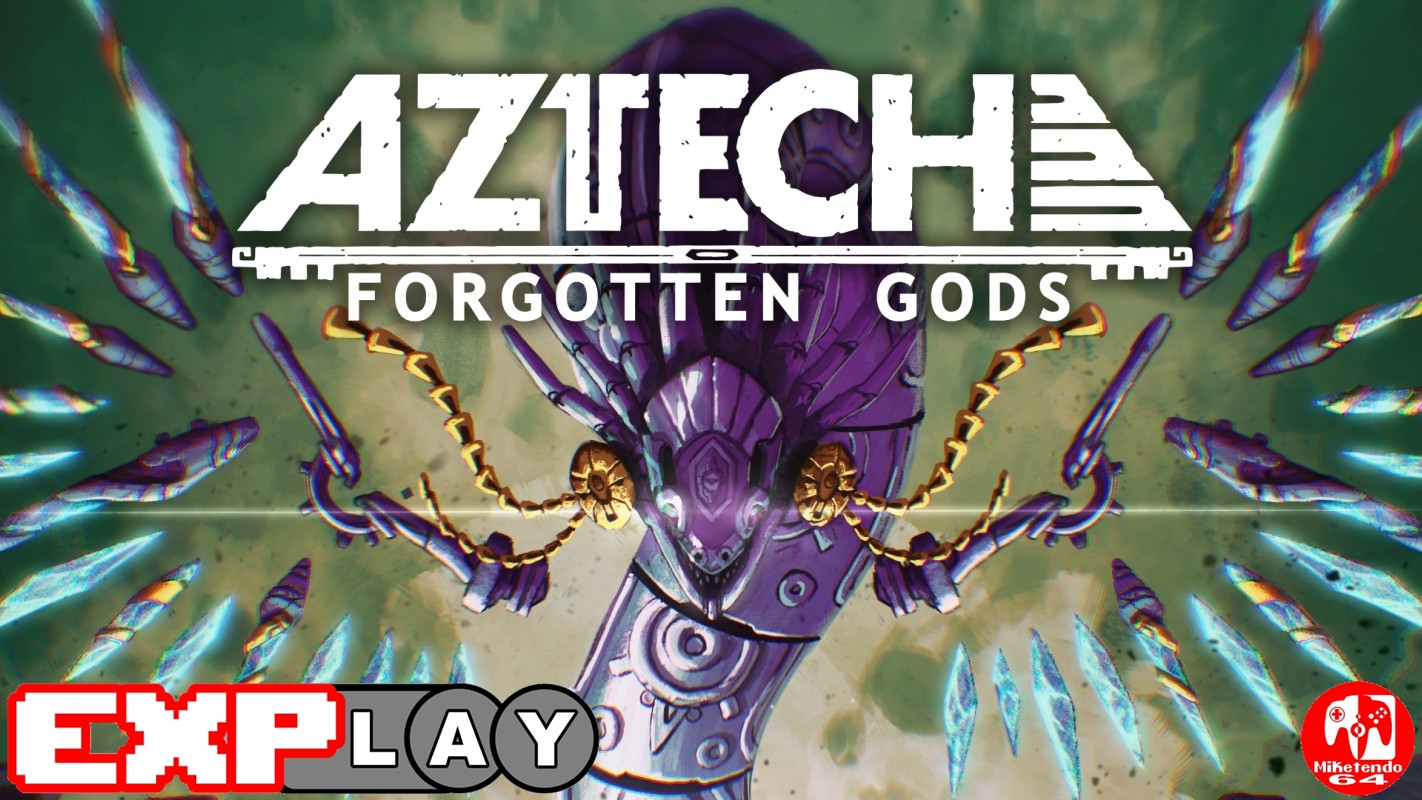 Welcome to EXPlay, (Explain & Play) the review series where we care not for scores but tell it how it is when it comes to every game we get our hands on, whilst also taking the time to include some lengthy gameplay, to give you the reader, the chance to shape your own impressions and views whilst watching and reading. In this installment, we’re covering Aztech Forgotten Gods by developer Lienzo.

Aztech Forgotten Gods was released on Nintendo Switch in March 2022 along with seeing a console and PC launch across Xbox and PlayStation. The game was developed by Lienzo Studio in Chihuahua, Mexico, and brought us a previous Switch release Mulaka and Hunter’s Legacy: Purrfect Edition.

The game’s ambitious scope features a semi-open world concept around an alternative Mesoamerican metropolis where a new take on Aztech technology and power is central to the story. You play as Achtil who gets caught up in her mom’s research and uses a stone arm called Lightkeeper to fight the now released gods.

The world of Aztech Forgotten Gods is colorful and seems large. The graphics though as well as framerate dips and pop-ins are regularly present. Since the early game featured a lot of dialogue there’s a lot of story build-up in the early game as well as a few too many fetch quests that try to showcase the game’s flying elements but sorely lack in keeping my attention. The conversations you have, primarily with your mom, consist of weirdly animated wiggling body/heads as you press ahead moving through the text.

I had a hard time navigating the world as the camera and map constantly fought with one another in helping me to understand the multi-level world that has towering platforms and buildings but is shown in a 2D pixel art in the bottom right corner. The map does have helpful markers for quests and areas of interest though you can’t set any sort of waypoint or see more of the map to aid in navigation. The game also has an upgrade system that unlocks over time by using the currency you collect through winning battles and helping others. You can jump and fly around the world fighting enemies and engaging in boss rush mode against giant monsters that require unique methods of battling.

The hardest part of the early game is the battle you might have with the camera. I fought two monstrous bosses and managed to get the camera locked in odd pieces of the boss’s body or behind buildings during a fight making it difficult to play at times.

I really wanted to like the story and gameplay of Aztech Forgotten Gods, but as it plays currently, I am struggling to find the fun factor or recommendation of this title. It may play better on an Xbox, Playstation, or PC but I cannot say for sure as I haven’t been able to play it. The title is ambitious and it covers a unique people group often forgotten in history. If you are looking to support an indie developer and can get passed the rough edges you might uncover a secret and forgotten world and game worth sinking some time into.