[EXPlay] The House Of The Dead Remake (Nintendo Switch) 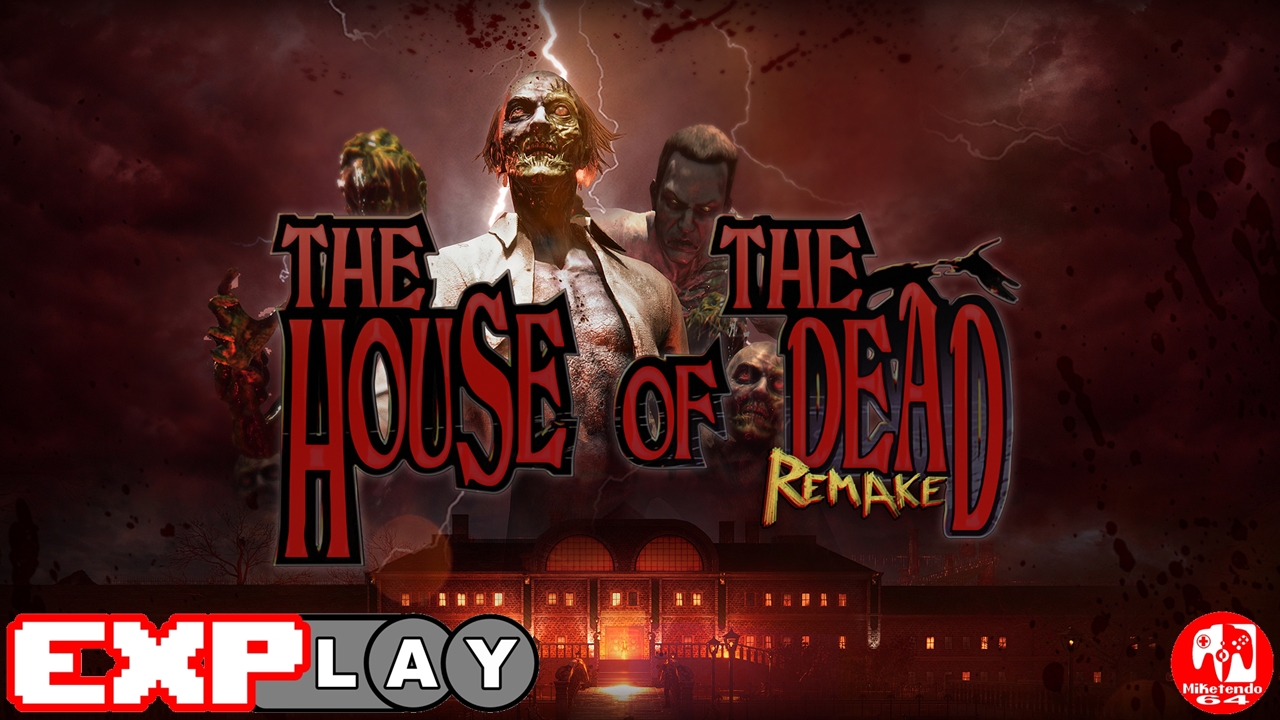 Welcome to EXPlay, (Explain & Play) the review series where we care not for scores but tell it how it is when it comes to every game we get our hands on, whilst also taking the time to include some lengthy gameplay, to give you the reader, the chance to shape your own impressions and views whilst watching and reading. In this installment, we’re covering The House of the Dead Remake by developer Megapixel Studio.

The House of the Dead Remake: (The Explanation)

Ah, The House of the Dead. This iconic game series from SEGA was just one of several games I used to play a lot in the amusement arcades growing up. Though it started out solely as an arcade title, it was later moved onto consoles and PC and spawned several sequels and spin-offs. This first-person, rail shooter game series used a light-gun accessory and tasked players with shooting zombies in rapid succession. Up to two players can work together to shoot down the undead horde, save the scientists and try to put an end to Curien’s dastardly plan.

The House of the Dead Remake is, as you would have guessed, a remake of the original arcade game. It is developed by Megapixel Studio and published by Forever Entertainment. While it doesn’t have a light-gun accessory to be used this time around, players can use gyro controls or a standard joystick to move the crosshair around and press the ZR button to shoot.

When you run out of bullets, you can simply reload by pressing ZL (no more shooting off-screen for this game). If you are using gyro controls (which is a genuine must really), you will experience the crosshair veering off center, a lot. To combat this, you can simply press in the right joystick to re-center the crosshair. I found that if I synchronized myself to resync the crosshair while I was reloading, I would eventually just do it automatically. It does take getting used to in the beginning but after a while, it just becomes muscle memory.

The game has two main game campaigns; Original and Horde. The original campaign is the primary game mode and is preferrable for new players. Horde mode has many more enemies coming at you and is much more challenging. Both game modes can be played either Easy, Normal, Hard, or Arcade difficulty and there are two types of score modes (Classic or Modern) that reward players with different quantities of points for shooting enemies. Classic rewards players with fewer points and Modern grants more.

Like with the original games, up to two players can work together or you can chance it all alone. You have three lives to start and each time you get hit, you will lose a life. Lose all three lives and you will have to use a continue. You have a total of 10 continues that are free to use but if you go over that, you will have to buy more continues at the cost of 5,000 points a pop. The game is over when you do not use a continue in time or do not have enough points to purchase a continue.

The House of the Dead Remake is not a very long game. It only has four levels and a seasoned player could beat it in under an hour. However, the game has a high replayability level as each stage has multiple routes and depending on your actions during the game, it will determine which route you take. As you shoot your way through all sorts of zombies, mutants and abominations, you will occasionally have to try and save a scientist. Saving them can sometimes grant you a much-needed health restore but there is a little extra something if you save them all on a single playthrough.

At the end of each level, there is a boss that will take a lot more shots to take down. You have to exploit their weak spots in order to damage them, otherwise they will annihilate you in seconds. It is rather challenging at first but when you learn their attack patterns and wait for an opening to hit their weak spot, you will eventually reduce them to pulp.

When it comes to weapons, you initially start with a pistol with only six rounds. There are other weapons in the game that were never available in the original arcade version. However, you can’t just access these weapons straight away as you need to unlock them first. I won’t say how you unlock weapons here though to avoid any more spoilers. I will probably write a guide though and will share a link here, when it is published.

Other things that weren’t in the original game either are the Photo Mode and Gallery. As the name suggests, Photo Mode allows you to pause the screen and take pictures. You can rotate the screen, add filters and zoom in so you can take the perfect screenshot. In the gallery, you can find information and character models of all the enemies in the game. Their weak points are also noted so be sure to keep them in mind when facing them in-game. The gallery also has another area where you can see what achievements you have unlocked as well as weapons.

If you were expecting a perfect arcade experience then you may be somewhat disappointed with The House of the Dead Remake. The undead may be relentless by not as much as the gyro controls are. As I said before, if you get yourself to resync every time you reload or even during a slight pause between enemies, you will not have too much of an issue. You can even adjust the sensitivity, dead zone and other parameters in the settings menu. If the default settings aren’t working for you then maybe by fiddling around with the sliders, you might find the right set up that does.

At first glance, The House of the Dead Remake looks very promising and has the foundations to be a pretty fun (as well as gruesome) game. On an initial playthrough, high expectations will be dashed and may not be what players were hoping for. Once you give yourself some time with the game, you will realize that it actually is a pretty fun game and with a little effort from the player, you will be blasting zombies back into the afterlife like a pro.

The House of the Dead Remake: (The Gameplay)