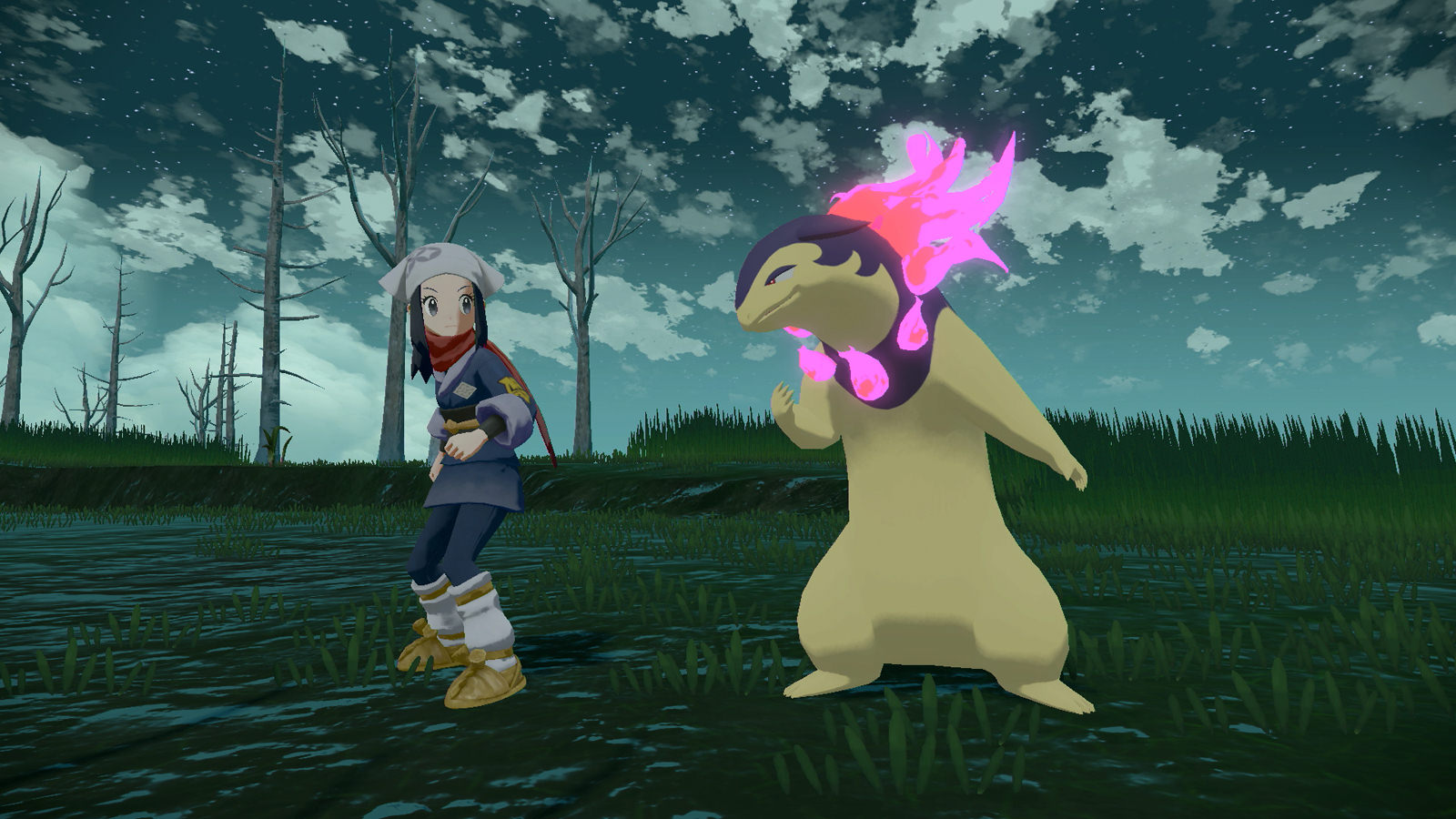 With Pokémon Legends: Arceus out in its full entirety, finally Game Freak have come forward and revealed a few more additional forms of Pokémon they previously avoided talking about. So, welcome back to “Who’s That Pokémon?,” as we dedicate this instalment to Hisuian Typhlosion:

In addition to having graceful and refined movements, Hisuian Typhlosion has a very relaxed disposition and can often be seen staring into space. At such times, it is thought to be looking at the flow of life energy and spirits. It will occasionally eat wayward spirits, but it’s believed that spirits consumed this way are then purified by the Pokémon’s flames and returned to where they belong.​

Hisuian Typhlosion is usually gentle and pacifistic. However, once angered, it loses control of its emotions and incinerates opponents until not even ashes remain. It emits ghost flames—said to number as many as 108—from the fires around its neck. These flames all attack the opponent, adopting the countenance of ferocious beasts.