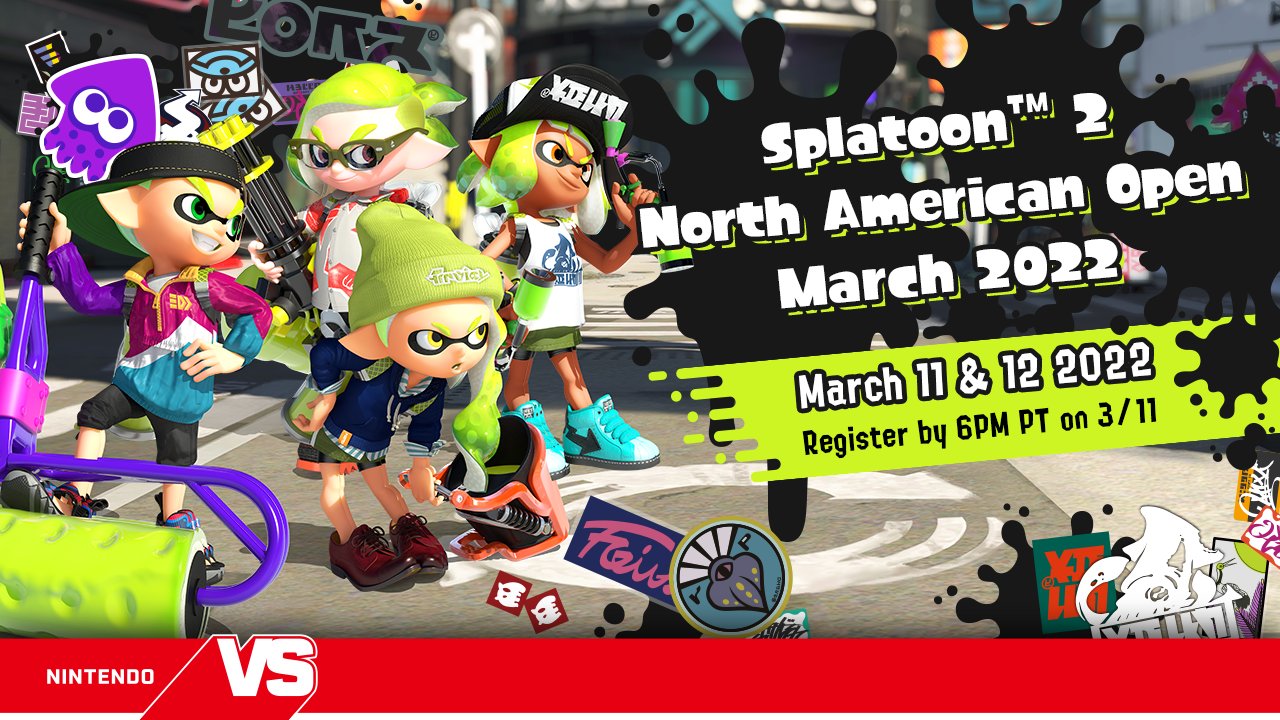 Nintendo America has announced a new Splatoon 2 Tournament taking place next month. The Splatoon 2 North American March 2022 Tournament will be hosted on March 11th and there is some enticing prizes up for grabs for the winner and runners up. Registration is open now on the battlefy website and anyone in the North American region is eligible to participate (including US, Canadian, and Mexican citizens who meet the respective age requirements).

Ink your way to the top (and some fresh prizes) in the #Splatoon2 North American Open March 2022 tournament!

The top splatters will get a Grand Prize package including a gaming chair & #MyNintendo Gold Points. The action starts 3/11. Register today!https://t.co/rtfrpa3t1V pic.twitter.com/oLHv93eDV1

If you are a resident in the US, Canada, or Mexico, will you be taking part in the Splatoon 2 North American Open March 2022 Tournament? Do let us know in the comments.