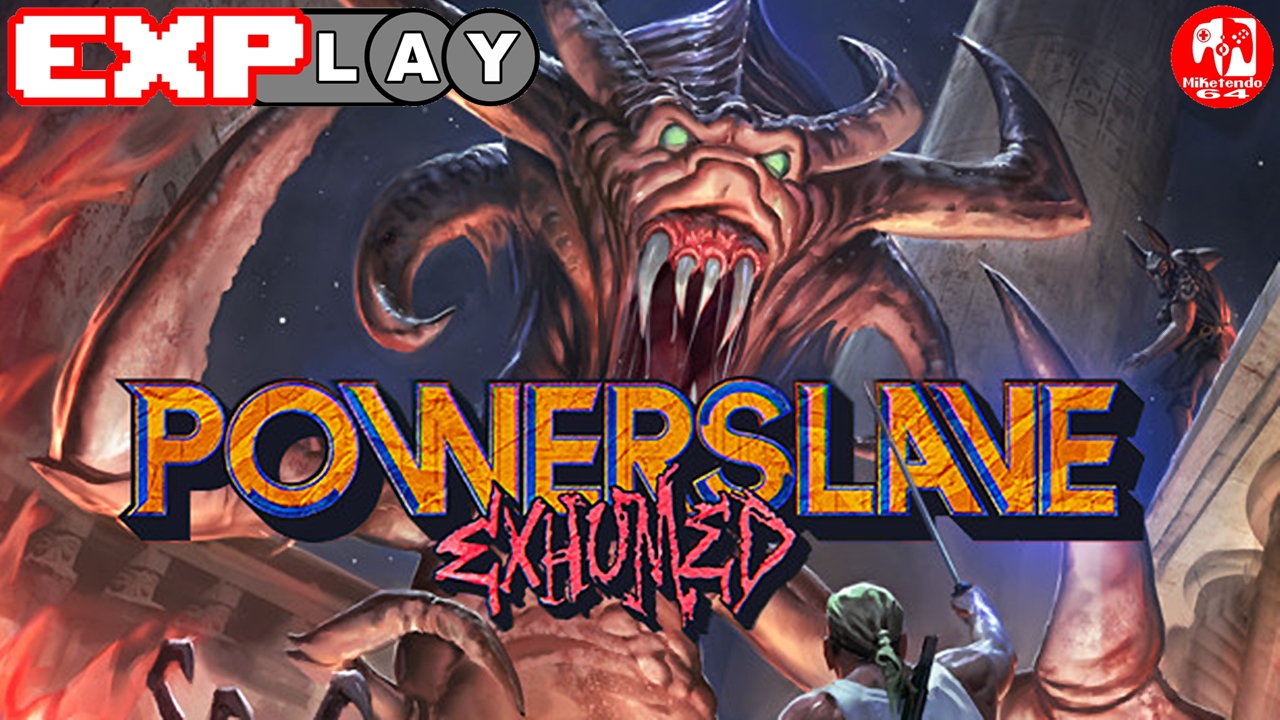 Welcome to EXPlay, (Explain & Play) the review series where we care not for scores but tell it how it is when it comes to every game we get our hands on, whilst also taking the time to include some lengthy gameplay, to give you the reader, the chance to shape your own impressions and views whilst watching and reading. In this installment, we’re covering PowerSlave: Exhumed by developer Nightdive Studios.

From the porting masters that brought Turok, Shadow Man, Quake, and Doom 64 out from obscurity and on to modern consoles, Nightdive Studios have used the Book of the Dead to resurrect another classic 90’s action game, PowerSlave.

PowerSlave is a first-person action shooter game that was released on SEGA Saturn in 1996. It was originally just called PowerSlave in the US and Exhumed in Europe. To pay homage to both names, Nightdive Studios have titled the remaster PowerSlave: Exhumed.

PowerSlave: Exhumed is set in the ancient Egyptian city of Karnak in the late 20th century. Aliens have invaded the city and have exhumed the mummified body of Pharoah Ramses. A crack team of soldiers have been sent in to liberate the city from the aliens but their helicopter is shot down and only the player character survives.

The gameplay of PowerSlave: Exhumed is similar to that of the original Doom/Wolfenstein games with a mixture of Metroidvania. You must navigate your way through the maze-like levels to find important artifacts. These artifacts will grant you with abilities (like the ability to jump higher or breathe under water) that will allow you to access new areas in stages you have previously visited. These new areas can lead to procuring more artifacts to help you on your mission.

To hinder your progress are hordes of enemies like oversized alien bugs, Anubis soldiers, and powerful bosses that you will have to blast through. In the beginning, you are only armed with a machete but you will find stronger and more powerful weapons as you travel around Karnak like an M-60, hand grenades, and even a magical staff.

There is quite a bit of backtracking through each stage in PowerSlave Exhumed: and the way forward may not always be very clear. You have to experiment with things at times as you can find hidden switches or bomb-able walls that will give access to where you need to go. It can get a little confusing at times and I found myself getting lost on many occasions and yet, I still found myself trying and trying again to overcome any obstacle or predicament that came my way. The hooks have definitely sunk themselves into me

In the grand scheme of things, PowerSlave: Exhumed may seem like an inferior game compared to the likes of other first-person 90’s shooters but it is still a very decent game in its own right.  If you like retro shooters and are looking for something a bit different, then maybe a nice trip to Karnak to explore ancient temples and shoot some aliens might be something that appeals to you.