[Interview] Back to the Beginning with Dexter Stardust (#4) 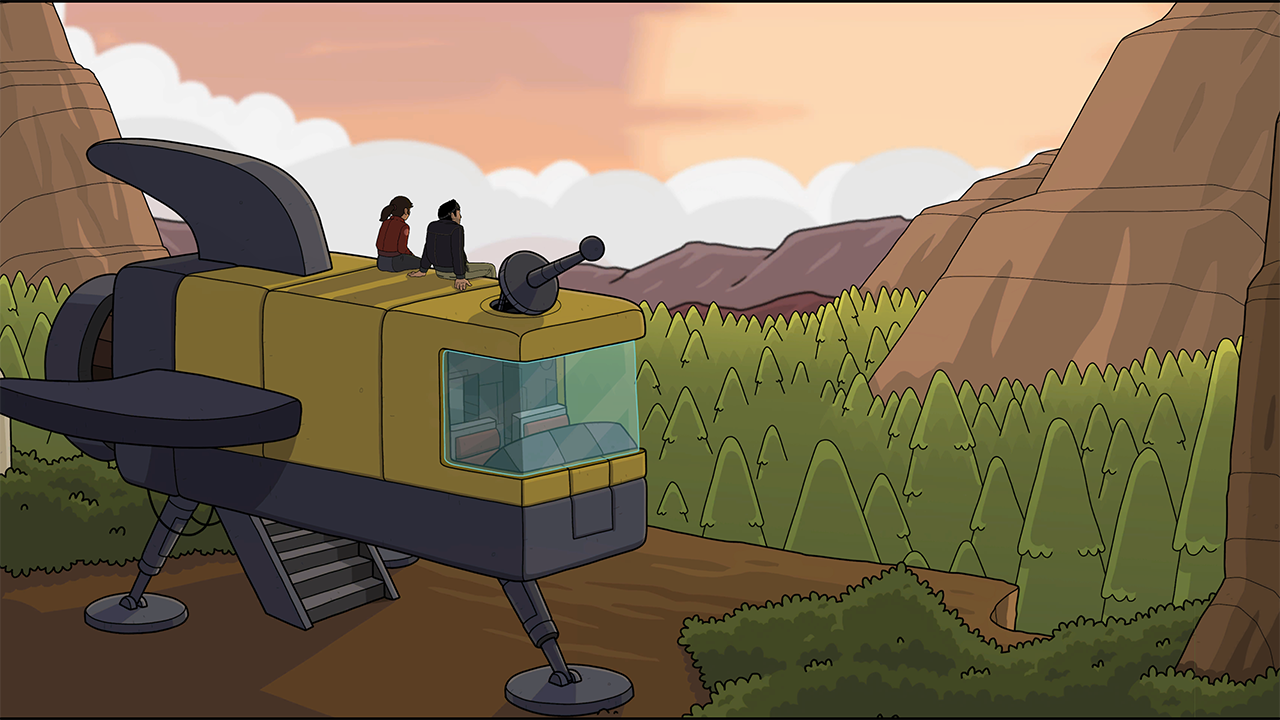 Welcome back to another Miketendo64 interview that sees us chatting with Dexter Team Games’ Jeremy Fryc, regarding the upcoming Dexter Stardust: Adventures in Outer Space. In the third part of our mini-series comprised of Dexter Stardust interviews, we learned all about the game’s episodic nature and the future of the series.

Now we’re back with our fourth Dexter Stardust focused interview and this time we’re diving right into the game’s development and history, but first, let’s welcome back Jeremy:

Back to the Beginning:

Miketendo64: Having first heard about Dexter Stardust: Adventures in Outer Space as far back as 2020, when did development first begin?

Jeremy Fryc: Oh boy, development started way back in 2012. But the iteration of Dexter Stardust with this catoony-style that you see now… that started post panic-attack of 2016. That’s when I scrapped what I had and started a new style. So, it has taken from 2016 until 2022 to complete this project in its current form.

Miketendo64: As the one-man band behind the development of Dexter Stardust: Adventures in Outer Space, it was quite the undertaking you took on, writing, directing, illustrating, animating, programming and scoring the soundtrack. What lead you to commence a project such as this and how did you find the challenging aspects that comes with each role?

Jeremy Fryc: As someone who has professionally written and produced music, and also done some artwork professionally, the most daunting task was programming the game. As many people know, determination is the most important to complete any project. I don’t find myself to have any particular natural talents, but I am determined.

When I started this project in 2012, at first, I was insecure about programming it, so I went to a friend who I thought could help. He did help for a few months but got busy. He insinuated that I wasn’t smart enough to program it myself, and at first, I believed him. But then I did some research online, found some accessible tools, which were Unity and the Adventure Creator asset by Chris Burton.

It was a frustrating start, for sure… but again, determination is key. Now, I feel at home with Unity and I can even program tools myself. So, I guess the lesson is… don’t let anyone tell you you’re not smart enough to do something… even if that person is your friend… or yourself!

Jeremy Fryc: Excellent question — like I said earlier, I was very unsure of my own ability to “program” a game. I looked into Cocos2d, Visionaire, and Unity. Remember, that this was back in 2012, and I didn’t know anything about Indie Games or game development. I was looking for a way to make a game without having to learn to code.

I found the Adventure Creator (AC) asset, developed by Christ Burton, on the Unity Asset Store. It was exactly what I was looking for. To this day, I have not seen a single engine, asset, or resource as efficient, robust, and well-designed as AC. It’s not really visual scripting, since visual scripting still requires you to program things out, just… you know… visually.

AC is like giving the game a list of commands: move player to point A, play “pick up” animation”, make sprite invisible, add item X to inventory, return player to idle, make X variable “true”. It allowed me, the developer, to focus on music, artwork, story, gameplay, design, etc. I felt like I was a two-man team; as if Chris Burton built all my tools and I could focus on design. So, a huge thanks to him.

And now that I’m actually coding in C# for my second game, AC has provided me with the ability to visualize coding architecture in a more organized way.

Another reason I chose to go with Unity, is because I knew early on that if I were to make another game, it would be best to learn game development using a flexible engine. If I were to go with Visionaire, for example, I would be locked into building point and clicks.

Of course, every engine is just a tool. I’d never criticize someone for choosing a different game engine. If you can use your engine to finish your projects, and deploy on the platforms   you are passionate about, then use whatever it takes. No one really cares how the chair is built, as long as it’s comfortable to sit on.

Miketendo64: With more than 100 playable scenes, each one consisting of 4K artwork, on average, how long would you say each scene took to create?

Jeremy Fryc: Wow, tough question — each background could take a couple of days to draw, but then you have items to pick up, NPCs, other animations… there is also a lot of iteration. I think every single scene in the game was re-drawn at least once. So, I basically drew the entire game twice. Some scenes took even more iteration.

By the time I finished, I realized that placeholder artwork is the way to go. My advice to new developers; once you’ve solidified your art-style, just plop sketches into your game engine and use that placeholder artwork to design the game. After the gameplay is finished, finalize those sketches. After that, the refinement process takes a lot less time, rather than redrawing completed artwork. My process for the demo episode was so fast, because it was the last one I worked on. I learned from my previous mistakes.