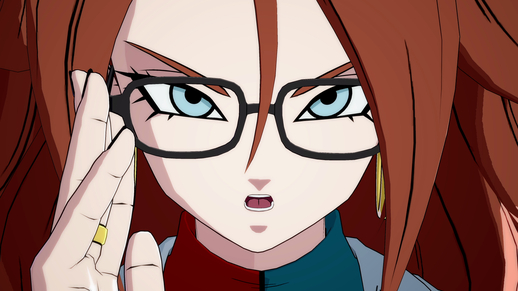 The Androids are taking over.

Only, the new fighter is one players know about already as she is part of the game’s story, except now she’s finally becoming playable. The new character is, of course, Android 21 (Lab Coat) and her associated trailer can be seen below, along with the new Dragon Ball Super film trailer.

Dragon Ball Super: Super Hero is meant to release on April 22, 2022, but no specific release date has been shared on when Android 21 (Lab Coat) comes to Dragon Ball FighterZ just yet.

3vs3 Tag/Support – Build your dream team and sharpen your skills to master high-speed tag combinations.

Exclusive Story Mode – Discover a scenario featuring Android 21, a brand-new character whose creation was supervised by Akira Toriyama himself.

*Jump Festa is an annual exposition that is held every year in Japan, at the Makuhari Messe Event Hall and sponsored by Shueisha. The exposition is dedicated to manga and anime and often comprises of announcements pertaining to new manga, anime, films, games, and merchandise.

[Guide] All DRAGON BALL Games on the Nintendo Switch