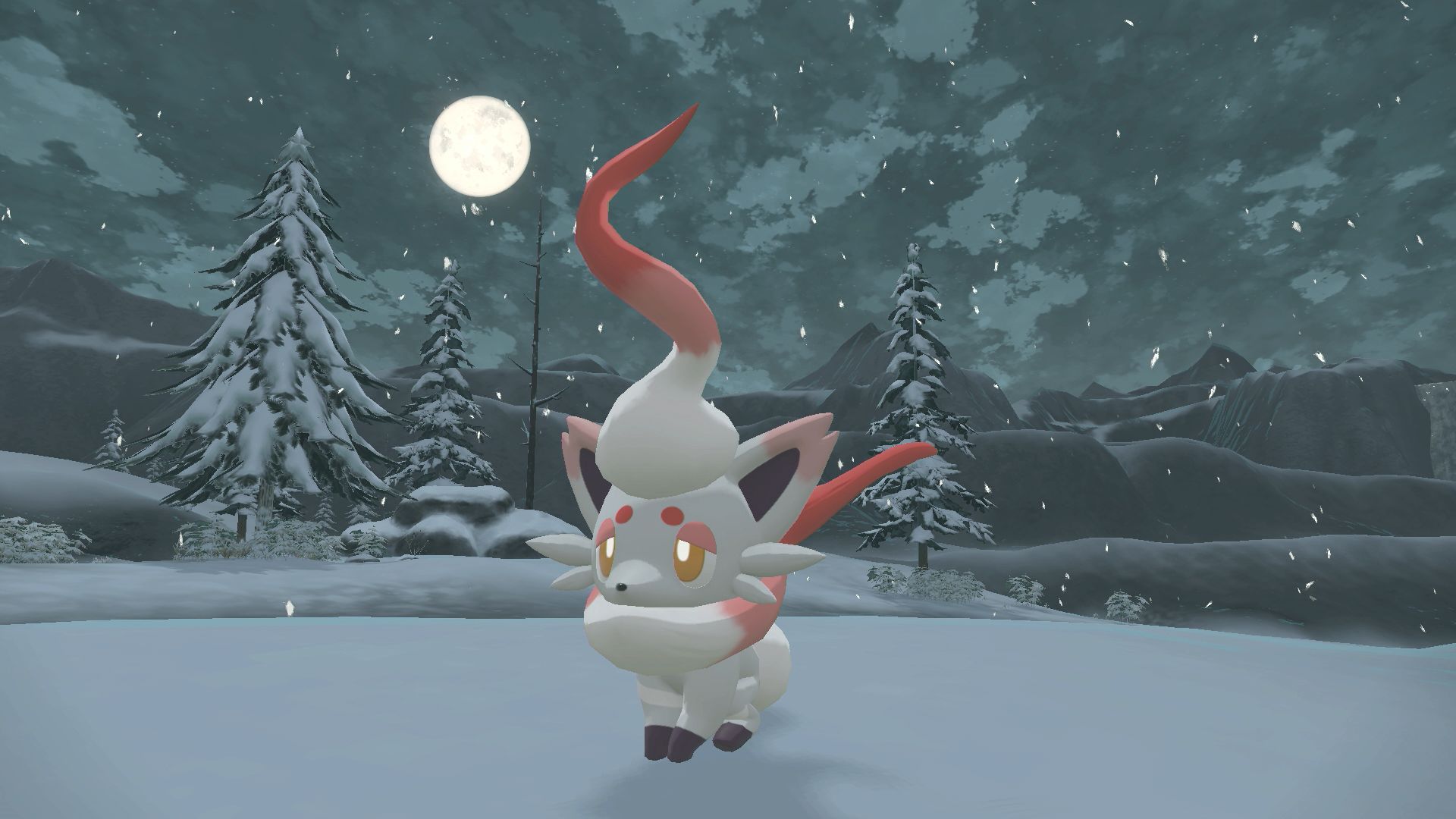 Nintendo UK and Nintendo Europe have shared some new details about the Pokémon Hisuian Zorua who will appear in Pokémon Legends: Arceus. The fox-looking Pokémon are revealed to be the “lingering spirits of Zorua that perished trying to survive the harsh wilds of the Hisui region.”

Did you know the Hisuian Zorua that appear in #PokemonLegendsArceus are the lingering spirits of Zorua that perished trying to survive the harsh wilds of the Hisui region?

This is already pretty dark-sounding but Nintendo goes on with more disturbing details.

“Reborn as Ghost-type Pokémon through the sheer power of spite against humans and other Pokémon, Hisuian Zorua will single out individuals and use its powers to feed on their target’s terror.

Moving swiftly along… This Spiteful Fox Pokémon evolves into Hisuian Zoroark. It has a pretty cool hairdo, but don’t let its stylish looks fool you…

Harboring utter malice for almost everything and everyone, Hisuian Zoroark is capable of conjuring up illusions so spiteful that those who see them are said to be driven mad by the terror.”

That’s all we have to report on Hisuian Zorua and Hisuian Zoroark today. Get to know these cute and terrifying Pokémon even better when #PokemonLegendsArceus launches 28/01/2022 on #NintendoSwitch!

With this “newfound” information, will you be still trying to catch a Hisuian Zorua in Pokémon Legends: Arceus come January 2022 or will you be running for your mommy the moment you see one (Like me)? Let us know in the comments below.