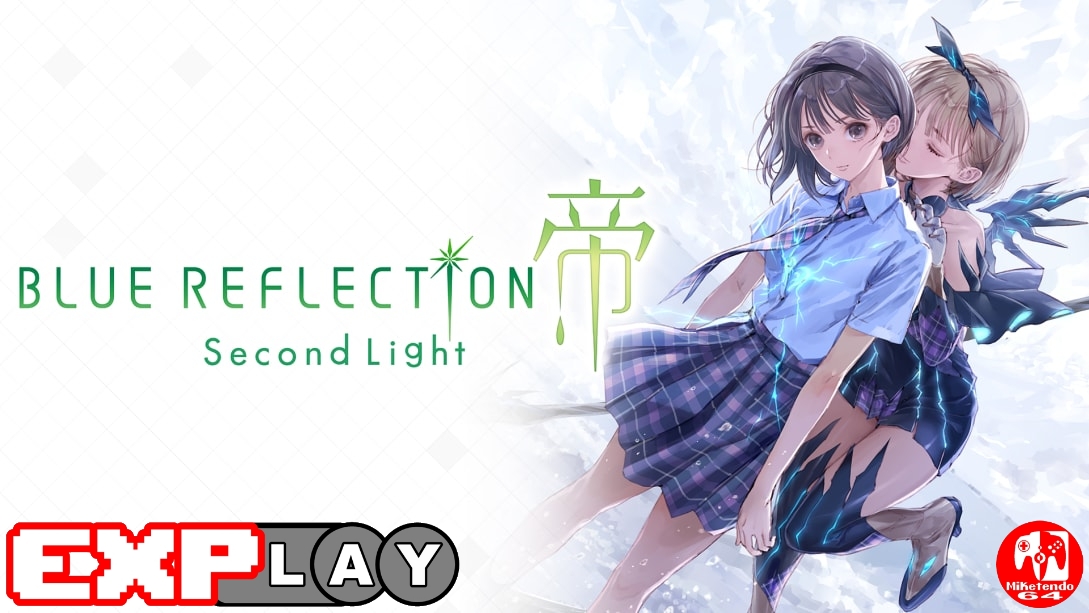 Welcome to EXPlay, (Explain & Play) the review series where we care not for scores but tell it how it is when it comes to every game we get our hands on, whilst also taking the time to include some lengthy gameplay, to give you the reader, the chance to shape your own impressions and views whilst watching and reading. In this instalment, we’re covering Metroid Dread by developer and publisher, Gust.

Previously hailed as one of the most beautiful looking video games in existence, thanks to stunning visuals, an amazing aesthetic and fantastical locations to explore, 2017’s BLUE REFLECTION is an RPG that quickly made a name for itself and developer, Gust is back at it again with their 2021 sequel, BLUE REFLECTION: Second Light.

Founded in 1993, the developers at Gust are well-known for their handiwork when it comes to RPGs. If Square Enix is the master of the genre, Gust and Monolith Soft, are two of its most learned students. Having worked on the Atelier series of games for over 24 years, Gust knows this genre inside and out and despite being famed for a large focus on alchemy based games, they’re also brilliant wizards of design when it comes to item crafting, very distinctive character designs and some impressive world-building.

Their workings might not be as realistic as the exquisite as the realistic designs as seen in both The Last of Us games, but they frequently stand out in their right and if you are hungry for an RPG that features traditional storytelling and graphical old school style, BLUE REFLECTION: Second Light is as good a place as any to start. In this RPG follow-up, instead of taking control of a ballet dance by the name of Hinako Shirai, who, sadly because of a knee injury, was no longer able to dance, this time around we are introduced to Ao Hoshizaki, an ordinary schoolgirl who failed her end of term exams, and wishes she was special.

Turns out her wish is to come true as she just so happens to find herself waking up in a bizarre world that is not her own, centred around a mysterious academy, in the middle of beautiful Summer. Fortunately for her, Ao is not alone as she is accompanied by Kokoro, Rena and Yuki, unfortunately for them, they have no memory of the life they had before they arrived at the academy. Still, just because they’re the friends you start off with, it doesn’t mean Ao and co won’t be able to meet plenty of other characters, capable of joining you in battle when our exploring Heartscapes, taking on bosses, foraging for items and materials or just going on dates around the academy. Wait, what?

Yes, dates, but most likely not quite the ones you might be thinking of. These dates are more a case of hanging out that allow Ao and friends to strengthen their bonds, earning valuable TP that can be used to strengthen their skills in battle by increasing their stats, as well as learn new skills that will become highly effective in the battles to come. Another form of effective bonding comes in form of completing requests, which can range from a variety of things such as handing over a set of required materials, crafting a specific menu item or school facility, locating a sought after item or just going to a certain location.

Crafting is a fantastic way of building new stat-boosting facilities, as well as creating useful building items and recovery items that when used correctly, will make sure your chosen party and their supporters, will come back from each Heartscape safely. Now, everything above, in addition to changing costumes in the locker room, is simply the academy based stuff as gameplay is heavily focused on the Heartscapes as well, special worlds created by the emotions and memories of each character, which when explored correctly, all memory shards collected and the enemy bosses defeated, will see each of Ao’s friends regain the memories that were previously lost to them.

You will only have access to one Heartscape when you first start playing, but the deeper down the rabbit hole you go, making repeated visits to explore every nook and cranny, even having to use special items to gain access to areas that at first, refuse access to players, the more Heartscapes will become available. Still, exploring them is no safe venture as there are demons everywhere and as tempting as it is to rush into turn-based battles against them, where your team of three must wait until they have enough Ether to unleash their attacks or find themselves entering a one-on-one battle where battle gameplay plays out a little differently.

There are also instances where the players best interest is not to fight but sneak. With a special sensor for detecting enemies and where they are looking, there will be plenty of moments where you will need to avoid your attackers should you wish to continue. Don’t worry though, there are plenty of opportunities for fighting, enabling you to cause a character to reach the third gear in battle and let their Reflector form come forth, all whilst an impressive soundtrack and voice acting laced with emotion plays throughout the entire game.

If you’re looking for an RPG alternative to Shin Megami Tensei V and the Gen 4 Sinnoh remakes of Pokémon Brilliant Diamond and Pokémon Shining Pearl, BLUE REFLECTION: Second Light is as good a choice as any. With surreal worlds to explore, a variety of charming anime heroines that all feature that signature Gust style and plenty of heartwarming moments regarding self-discovery and the true value of friendship, BLUE REFLECTION: Second Light is not a game one should immediately say “No” to.