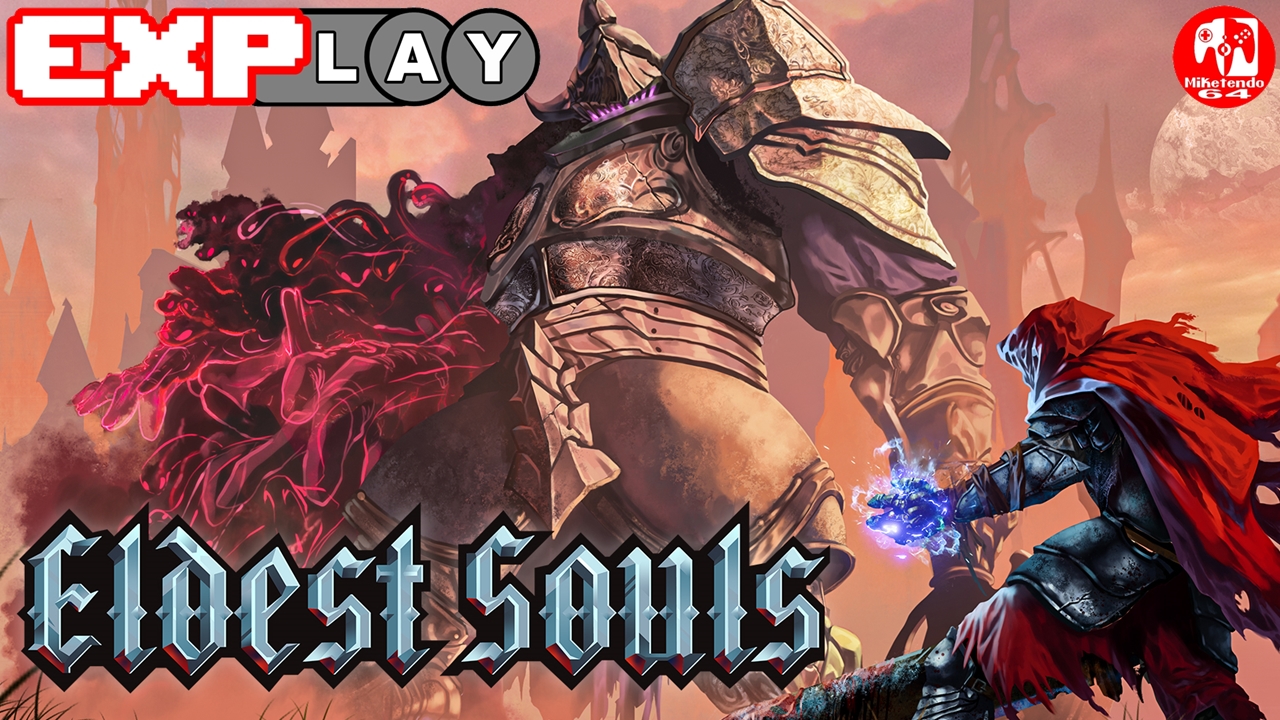 Welcome to EXPlay, (Explain & Play) the review series where we care not for scores but tell it how it is when it comes to every game we get our hands on, whilst also taking the time to include some lengthy gameplay, to give you the reader, the chance to shape your own impressions and views whilst watching and reading. In this installment, we’re covering Eldest Souls by developer Fallen Flag Studio.

Eldest Souls is described as a “Souls-like” game after Bandai Namco’s Dark Souls series. The game’s whole premise is much like one great Boss Rush where you fight through tough bosses one after another. No grunts, no minions, no fodder. Just you and a Big Bad followed by another Big Bad and another, and so on.

The world was once ruled by powerful gods who had enforced mankind into servitude. After centuries of serving the gods, mankind finally revolted and trapped the deities into a giant and magnificent structure known as the Citadel. As a last act of vengeance before their imprisonment, the old gods unleashed a great desolation upon the world. Humanity may have won the battle but at what cost?

Mankind began to fade away over time and some became desperate for answers and held on to a small piece of hope that would assure their survival. However, a dark and ancient evil lurks deep within the Citadel and it is slowly corrupting the already enraged gods into truly malignant entities.

You play as a warrior who is armed with a great sword forged of Obsydian, the only type of metal that can hurt the old gods. With this incredible blade in hand, you must explore the Citadel and find the answers to reversing the desolation and stopping the corruption of the old gods.

Along the way, you will come across NPC’s who can give you insight into the old gods and explain what they are doing there to further flesh out the Eldest Souls already deep and rich story. You can also find notes and diary entries that can provide information, not just of the game’s story but of potentially useful items that could come in handy.

But what of the gameplay itself? Well, that Great sword on your character’s back is not just for show, you will be required to use it when fighting the game’s bosses. You have a simple quick attack (press Y) and a charged attack (hold Y). The quick attack is good for squeezing in a few hits but the damage is far less than that of a charged attack. When fighting bosses, you will need to find a window of opportunity between their attacks so you cn get in a few of your own. You do very little damage with your sword but just a few hits from the opponent and you will be seeing the Game Over screen very quickly.

This does put you at a very unfair disadvantage but that is why the game is called Eldest Souls after all. It is meant to feel challenging and challenging it is. You must learn your opponent’s move sets and sequences. Find an opening and then chip in and dip out. It will take time, and for me it will take a lot of time but once you start dropping some bosses, you will be able to use some of their powers to make your hero stronger.

Speaking of which, there is a comprehensive skill tree that you will be able use to make your warrior stronger. By defeating bosses, you earn skill points which you can use to improve or unlock skills. Though choosing some skills may hinder you from using other skills, you can recover skill points and the cost of using a skill and redistributing the points to use a different skill. This can be handy if you are struggling with a boss with your current unlocked skills and want to see if by changing your skills will give you a better advantage.

Eldest Souls is 16-bit pixel goodness but does require fantastic hand-to-eye coordination and the patience of a saint. It is tough, challenging and it is all intentional but upon defeating a boss, you will certainly feel like a champ… until you take on the next boss. It is a game that is well beyond my gaming skills but I take my hat off to anyone who picks up this gauntlet.