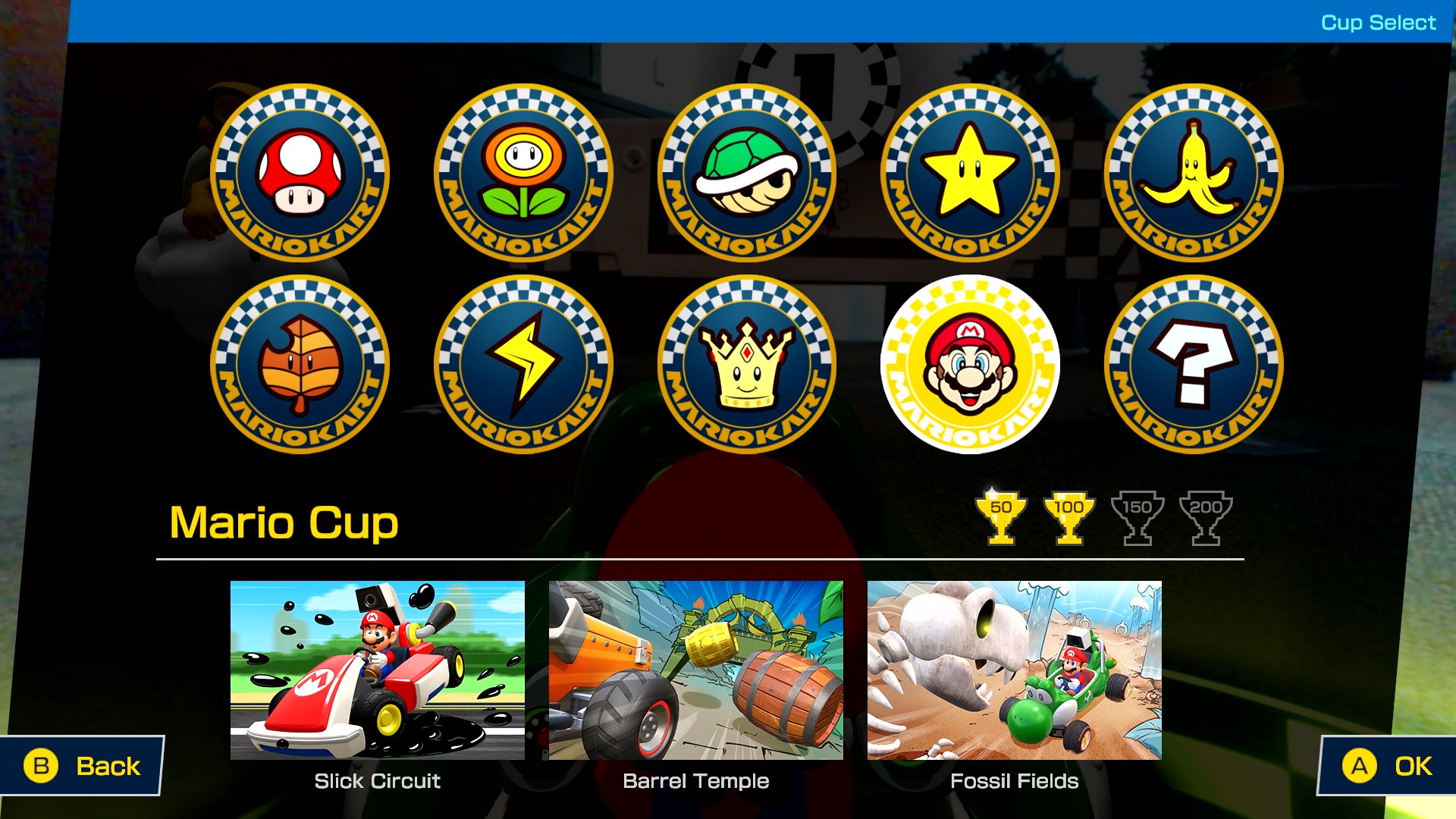 In a move that may upset diehard Mario fans, this July saw a new cup added to a Switch Mario Kart game, except instead of being Mario Kart 8 Deluxe, it’s Mario Kart Live: Home Circuit that’s on the receiving end. Thanks to a brand new Version 1.1.0 update, the all-new Mario Cup has been added freely and it gives a good reason for competing in it, as it can reward players with new kart designs and more.

“More?” Yes, “more” so before we tackle how to unlock the new Super Yoshi kart, let’s quickly go over the other things players can unlock, such as three environments and a gate that can be used with course creation, but don’t worry, with these new additions, players can transform their home into a jungle, do their best to swerve between barrels (thanks Donkey Kong) and attempt to avoid oil slicks. Oh, and be careful of the roaring dinosaurs. You can unlock the new environments and gate by playing through the Mario Cup several times. Now, let’s walk you through how to get the Super Yoshi Kart.

How to Unlock the Super Yoshi Kart and Yoshi Horn in Mario Kart Live: Home Circuit:

Thankfully, unlocking the new Super Yoshi Kart and Yoshi Horn item isn’t an overly hard task to accomplish, as players will need only to finish in the top three placements of the Mario cup.

This means, regardless of whether you’re first, second or third at the end of the Grand Prix, the new Yoshi themed items can be yours to use as you wish.

If you would like to see the gameplay of the Mario Cup in Mario Kart Live: Home Circuit, we have recorded some footage and uploaded it on our YouTube Channel. You can check it out in the embedded video below.

As always, we hope you find this guide helpful.