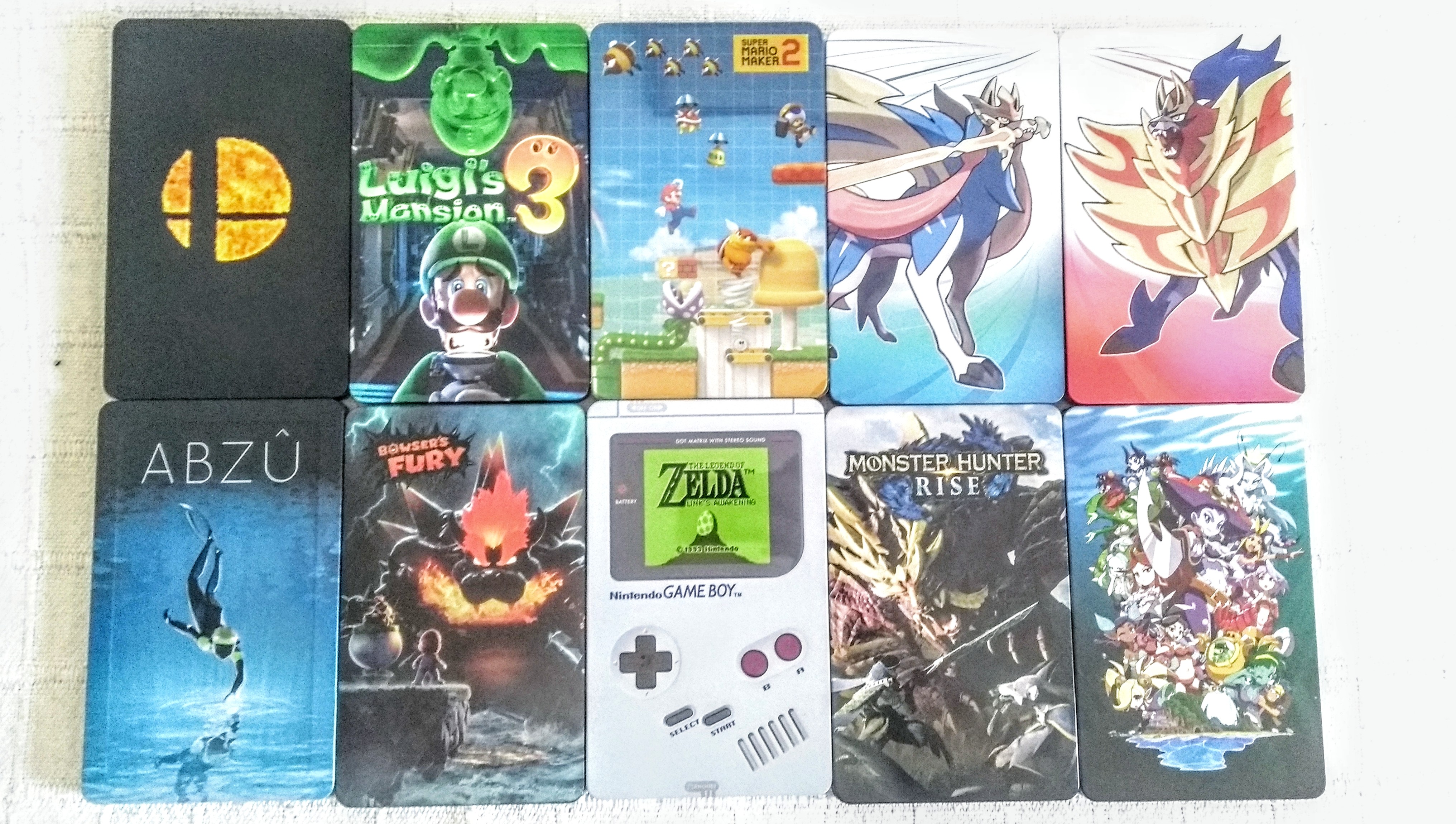 Over the years, I have been collecting all sorts of Video Game Merchandise, and accessories, as well as video games themselves, especially for the Nintendo Switch. So far, I have around 135 games physically for Switch (or well over 600 if I include digital games), and over 120 amiibo figures. Now, that should really be where I draw the line and say “Mike, you have more than enough now, please stop.”

Unfortunately for me, my kleptomania is not so easily quenched as I have now started collecting Nintendo Switch Steelbook cases (oh, my poor wallet). As with anything, I wasn’t planning to collect them and I only got one or two when they were store exclusive freebies when I bought select games. One became two, two became four and before I knew it, I was now scouring the likes of eBay and Wallapop hunting for Steelbooks to add to my collection.

Like many avid Pokémon fans or even 18th century pirates can admit to, I am a sucker for anything shiny. If it looks cool and would make a nice addition to my collection, I just have to have it. However, when it comes paying extortionate prices for something that I am looking for, I will simply cut my losses. I may be daffy at times but I haven’t completely lost my mind. No Steelbook in the world is worth $100, I don’t care how rare it is.

What is it about Steelbooks that I have started collecting them?

Well, I suppose it is the incredible designs that some of them have. The Super Mario 3D World + Bowser’s Fury steelbook features artwork of both games and just looks fantastic. A particular favourite of mine is a The Legend of Zelda: Links Awakening Steelbook. I love the original Gameboy design on the front and back and the attention to detail, from the OG Link’s Awakening on the green screen to the ‘inserted’ cartridge on the back of the case. My absolutely favourite of course is the Luigi’s Mansion 3 steelbook. The design may simply replicate that of the standard switch case but it has the added feature that it glows in the dark! Love it!

To date, I have 12 Nintendo Switch Steelbooks with another three on the way (The Legend of Zelda: Skyward Sword HD and No More Heroes 1 & 2). I have to thank Chelly (@Ch3llybun) of Rapid Reviews UK for sending me four of her Steelbooks from her prized collection. They have expanded my own collection and I am truly grateful to Chelly for sending them from the UK all the way to me in Spain. They got caught up in Customs for a long while but they eventually arrived safe and sound, and most importantly, unscathed.

So, let’s see these Steelbooks then?

Yes, after talking about them for all this time, it is only fair that I show you my collection. You can see photos of each Steelbook in the gallery below. I have taken a number of photos of each so you can see what some of them look like front and back as well as their interior art. Please forgive some image as the interior art doesn’t show up to great thanks to the refraction of the internal plastic.

One thought on “[Feature] The Beauty Of Nintendo Switch Steelbooks”