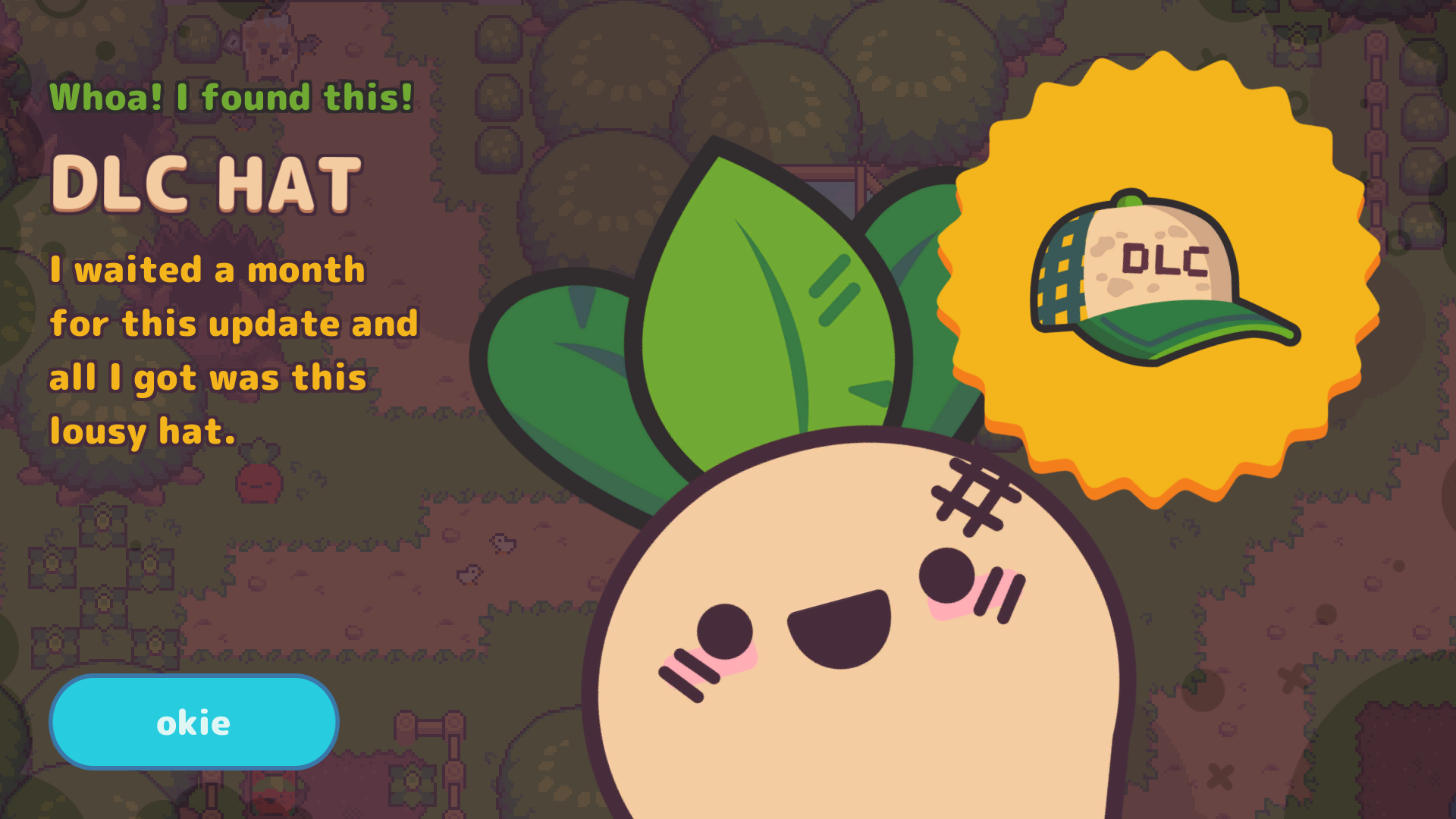 The charming adventure game Turnip Boy Commits Tax Evasion by Graffiti Games has received an update that adds new hats to the game. There are four new hats and they can be collected by going to Turnip Boy’s mailbox outside his greenhouse home.

The four new hats include:

Alongside the update, some bug fixes and improvements have also been made to games features, as well as Quality of Life Improvements.