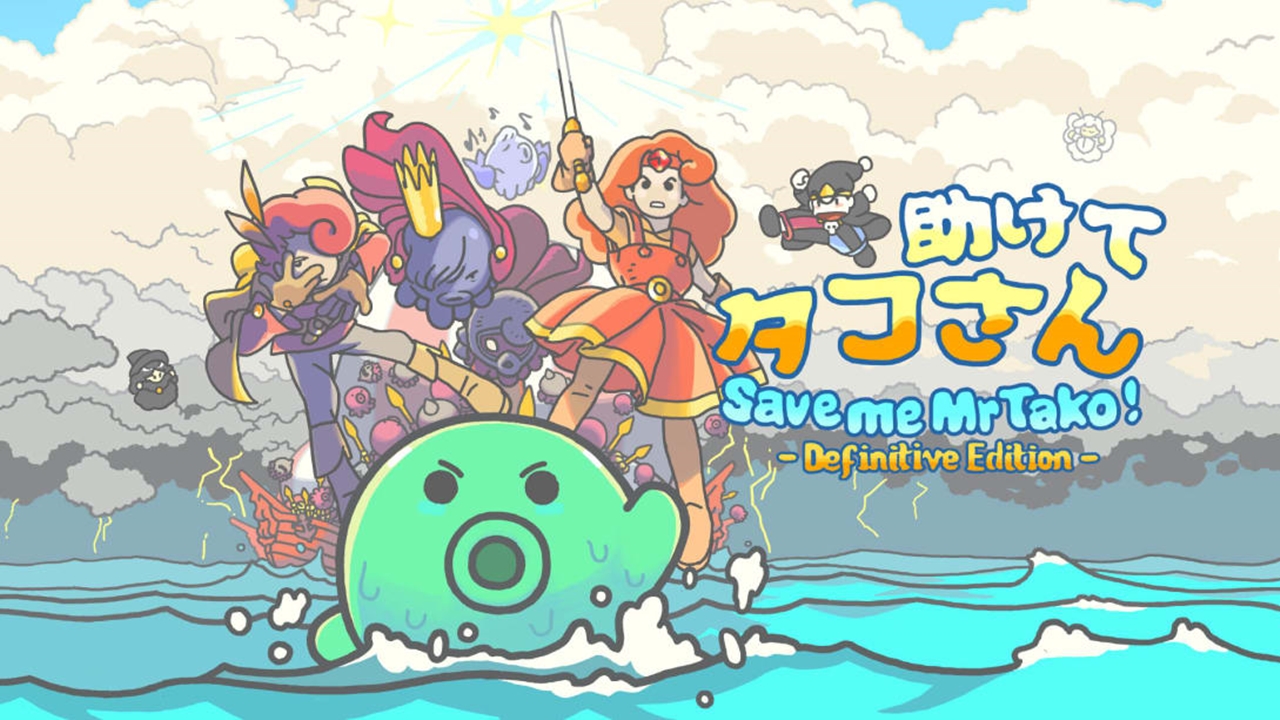 Welcome to EXPlay, (Explain & Play) the review series where we care not for scores but tell it how it is when it comes to every game we get our hands on, whilst also taking the time to include some lengthy gameplay, to give you the reader, the chance to shape your own impressions and views whilst watching and reading. In this installment, we’re covering Save me Mr Tako: Definitive Edition by developer Chris Deneos.

Save me Mr Tako: Definitive Edition: (The Explanation)

Save me Mr Tako: Definitive Edition is the enhanced version of Save me Mr. Tako: Tasukete Tako-San developed by Chris Deneos and published by Limited Run Games. It is a 2D platforming action game with a heavily influenced Gameboy aesthetic. It looks and feels very like a Gameboy game and features pixel art world and characters, monochromatic visuals and a catchy chiptune soundtrack to boot.

Mr Tako is a pacifist octopus who is caught up in the middle of a war between the Octopus Kingdom and the Human Realm. During one stormy night, the octopuses attacked a human ship and force a princess overboard. My Tako was present at the time and dived in after the princess and swam her to land. A Fairy sees this good deed and rewards the little octopus with the ability to survive on dry land.

As the war between the two species escalates, Mr Tako is unable to follow through with the war and defies his family and his kin in the hopes to find peace and resolve the conflicts between both species.

Save me Mr Tako: Definitive Edition is a made up of over 50 levels spread across 6 different worlds of which also consist of 16 dungeons, side quests, puzzles, and mini-games. Mr Tako must navigate his way through each level whilst avoiding enemies as a single touch can kill him. Fortunately for Mr Tako, he can shoot ink at his foes and paralize them for a short period of time. He can then use them as platforms to reach higher areas.

Save me Mr Tako: Definitive Edition has a number of new features that were not in the original game. Players can change the color palette to suit their preference and they can also alter the border size and appearance. If you like you Game Boy-esque games to have that extra touch of emulation authenticity, there are even a couple of Game Boy themed borders to choose from. Other features also include a hint system and three difficulty modes to choose from.

Save me Mr Tako! Definitive Edition is such a charming little game that has been compared to that of early Kirby games. The levels are not too long and they even have checkpoints so even if you die, you won’t have to start all the way from the beginning again. If you enjoy retro style games, then you will certainly enjoy this one.

Save me Mr Tako: Definitive Edition: (The Gameplay)