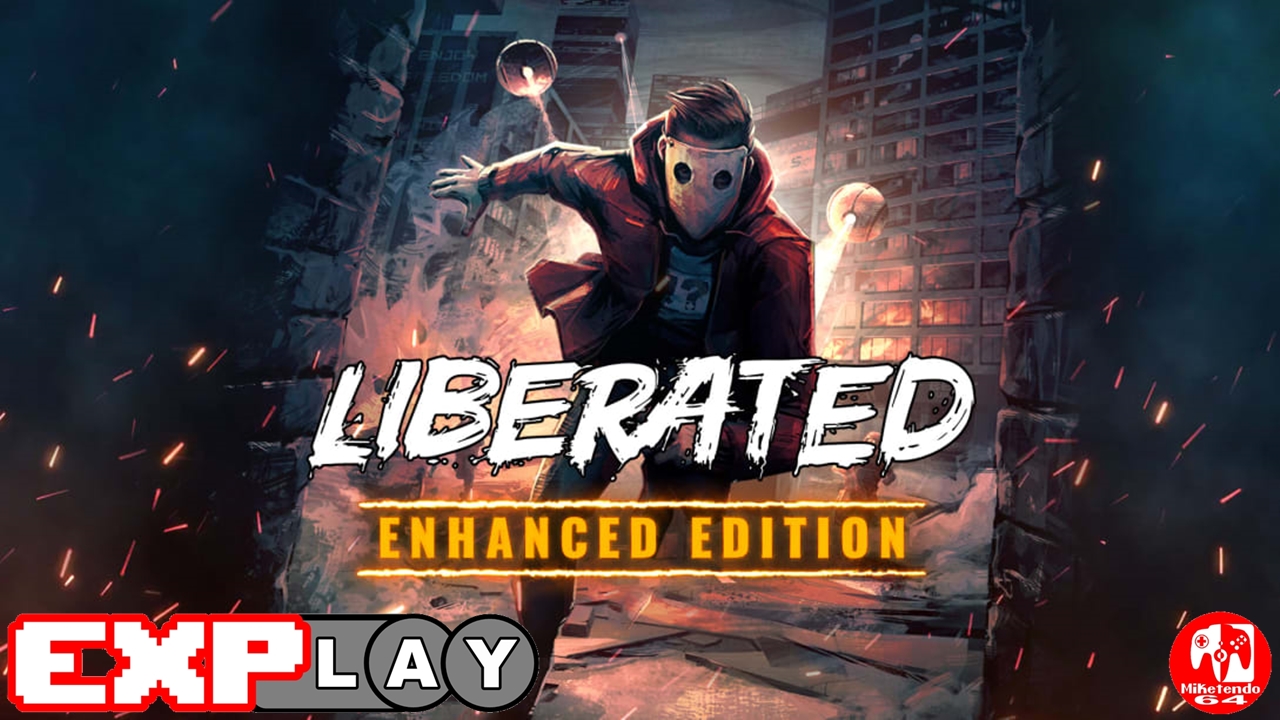 Welcome to EXPlay, (Explain & Play) the review series where we care not for scores but tell it how it is when it comes to every game we get our hands on, whilst also taking the time to include some lengthy gameplay, to give you the reader, the chance to shape your own impressions and views whilst watching and reading. In this installment, we’re covering Liberated: Enhanced Edition by developer Atomic Wolf.

Liberated: Enhanced Edition is, as you may have guessed, an enhanced version of the video game Liberated. It is a 2D action-platforming game that plays like an interactive comic book. Each chapter of the game is an issue of a comic book and the story unfolds throughout its pages.

The game is set in a cyberpunk dystopia in the near future. The government has complete control over its citizens thanks to a system called Themis. The system is integrated into every working piece of technology and contains every citizen’s digital lifestyle and history. It is also used by the authorities to keep constant tabs on citizens and if anything less than legal is conducted, it is legitimate cause for arrest.

A group of insurgents known as the Liberated are working tirelessly to bring down the governmental control of the system and return freedom to the people once more. Each comic follows a different character and their story arc in the world of Liberated. As the story plays out, the player will have control over how their character should respond. Should they take the polite route or perhaps spark a conflict with arrogance? How you respond/react will have immediate consequences in how the story progresses and change the outcome due to your actions.

Liberated: Enhanced Edition balances both interactive comic with quick-time events and action-platforming sections. Speaking of the latter, in these segments you will have to move your character across the screen whilst avoiding enemies. You can sometimes find cover nearby that you can use to sneak past enemies or perform takedowns. At some point, you will also be given a gun so you can shoot at enemies from afar. Bear in mind though that it can sometimes take a few shots to down an enemy and they can shoot back at you too.

Liberated: Enhanced Edition has some features that were not present in the original game. For starters, the Enhanced Edition features full voice acting for all the characters in the game. It also has two bonus epilogue chapters that take place after the events of the main story.

Liberated: Enhanced Edition to me is like a combination of My Friend Pedro, Watch_Dogs and Sin City in terms of style and story. As regards gameplay, the 2D platforming is similar to that of My Friend Pedro but it doesn’t have quite the same high-octane action or impressive parkour. However, the gameplay is still pretty good and the story is more than interesting enough to drive the game along, especially when it is benefitted with fully voiced characters.