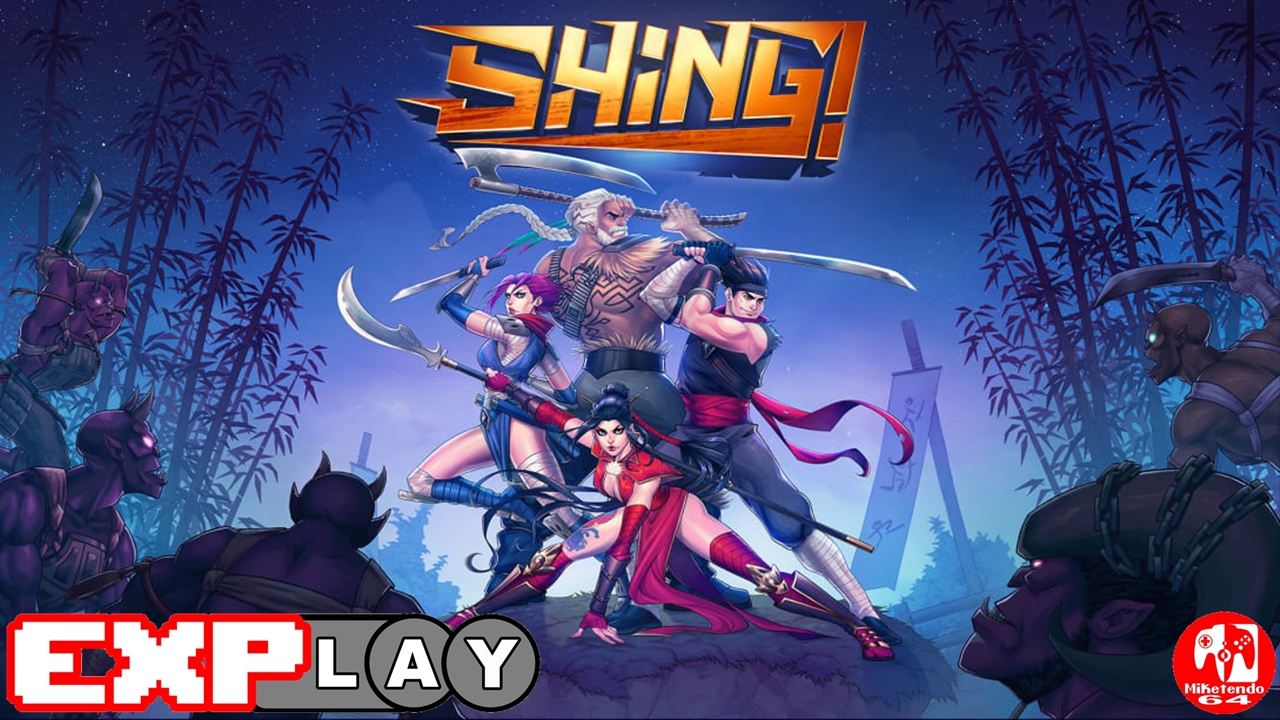 Welcome to EXPlay, (Explain & Play) the review series where we care not for scores but tell it how it is when it comes to every game we get our hands on, whilst also taking the time to include some lengthy gameplay, to give you the reader, the chance to shape your own impressions and views whilst watching and reading. In this installment, we’re covering Shing! by developer Mass Creation.

Shing! is an arcade beat ’em up game that follows four “wise-cracking” martial artists who must fight against hordes of mythical creatures, and slash them to ribbons. Two Ninja guardians to a powerful object known as the Starseed are out training in the mountains. During their absence, the Starseed is unprotected and an unknown antagonist seizes the opportunity to steal it with the the help of malevolent beings called Yokai.

The two guardians, Tetsuo and Aiko, see the commotion in the village and rush down to the shrine where the Starseed is kept. To their dismay, the Starseed has been stolen and the two must work together to get it back, along with the help of another two heroes; Bichiko and Wilhelm.

Up to four players can play together with each player controlling one of the four heroes in the game. Those who play on their own will be able to Switch between character by pressing their corresponding button on the D-pad (or directional buttons on Joy-Con). Either way, you must fight your way through enemies and make it to the end of each stage. Players can earn points on each stage by defeating as many enemies as they can as well as the time it takes for them to finish. Multiple players can compete against each other to get the high score on stages whilst co-operatively helping each other to fight enemies.

Speaking of enemies, there are a number of different types that each have their own abilities. You have your standard grunts, your electric projectile-throwing enemies, protected enemies with an energy shield that must be deactivated before they can be harmed, and there are even enemies that throw bombs at you.

As well as fight offensively, players can also parry, block, deflect, and dodge enemy attacks depending on their timing. The block and deflect button is the same (L) but if you press it just before an attack hits you, you will parry/deflect the attack. The R button on the other hand, will allow you to dash and dodge attacks or close distances between you and your adversary. You also have a special meter that when full can unleash a more powerful attack then your standard ones. It is a little slower to pull off though, so be sure to use it before the enemies initiate their attack.

Throughout the game, players can also take on challenges that will task you with a specific objective like “Perform a 10-hit air combo”. Successful completion of the challenge will unlock skins for your characters so you can customize their appearance.

Shing! is a fun enough game to play on your own though as always, Beat-em-ups are more entertaining as friends. The game is not shy when it comes to the use of animated blood and it’s animation sequences are also very cool. If you love arcade brawlers, then this is definitely on to add to your collection as well.