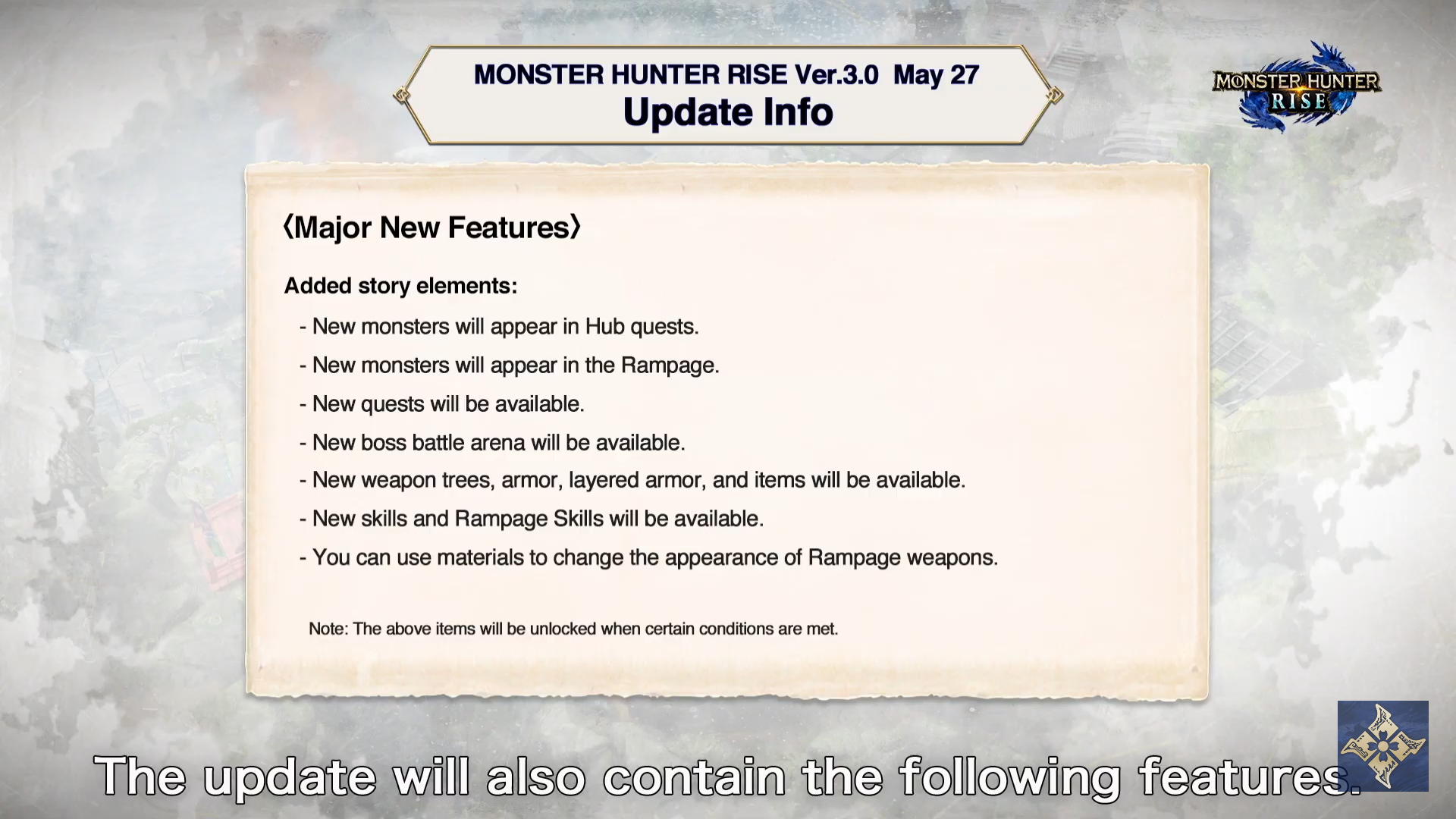 Ahead of tomorrow’s big Monster Hunter Rise 3.0 update, Capcom has published the details of what the update will include. Though the big part of it is the new ending chapter and more monsters to hunt, there are a number of other features being implemented and bug fixes.

We have listed the full Monster Hunter Rise 3.0 patch notes below (if you would also like to know the patch notes for version 2.0, you can find them here):

Required Space – About 1.4GB (only this update)