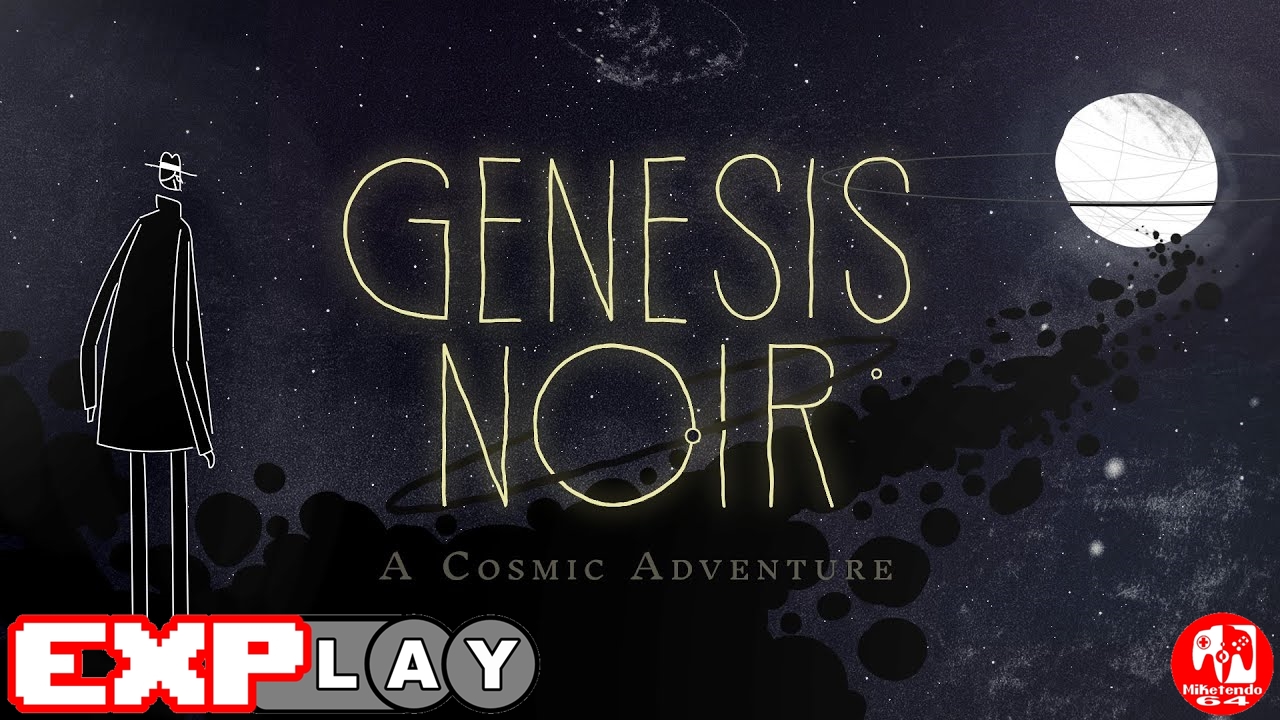 Welcome to EXPlay, (Explain & Play) the review series where we care not for scores but tell it how it is when it comes to every game we get our hands on, whilst also taking the time to include some lengthy gameplay, to give you the reader, the chance to shape your own impressions and views whilst watching and reading. In this installment, we’re covering Genesis Noir by developer Feral Cat Den.

I am going to start off by saying, I had no idea what to expect going into Genesis Noir and after an hour or so with it, I still don’t know what to expect. The game started off with the protagnist being hungry and  selling watches out of his trenchcoat to passers by in order to score a meal.

You are quickly then thrust forward as a detective on a case in order to stop a lovers quarrel where a gun is drawn and upon the villain shooting her changes to a slow down of time and a story of creation of the world, space, time, and the meaning of life. There’s a lot of symbolism in the game and as an art piece and video game does well in laying out the message through symbols, tone, and sound design.

Genesis Noir has a line drawn appearance that is radiating with character design, expressive yet simple animations, and a sound track that slaps (I may be too old to say that), the jazz music in this game is great though. The thing is, after an hour and a half with the game, I am still not sure what I am doing.

There’s a bit of point and click adventuring, though while I am doing things within the game world, some of the interactions are simplified into basic move cursor/click here interactions and not much past that in terms of gameplay. The story however is pushed forward through various texts you will find around the game world and cut scenes full of jazz and engaging animation.

There’s no doubt in my mind that the developers behind Genesis Noir took a gamble with their game, and if their hand-crafted world of the first hours with the game are anything to go by, I bet you the total package is a good one. I just can’t yet say what I am even doing in this transcended story of life and death is currently going on in the game. But for now, color me intrigued, along with black and white, and jazzy.