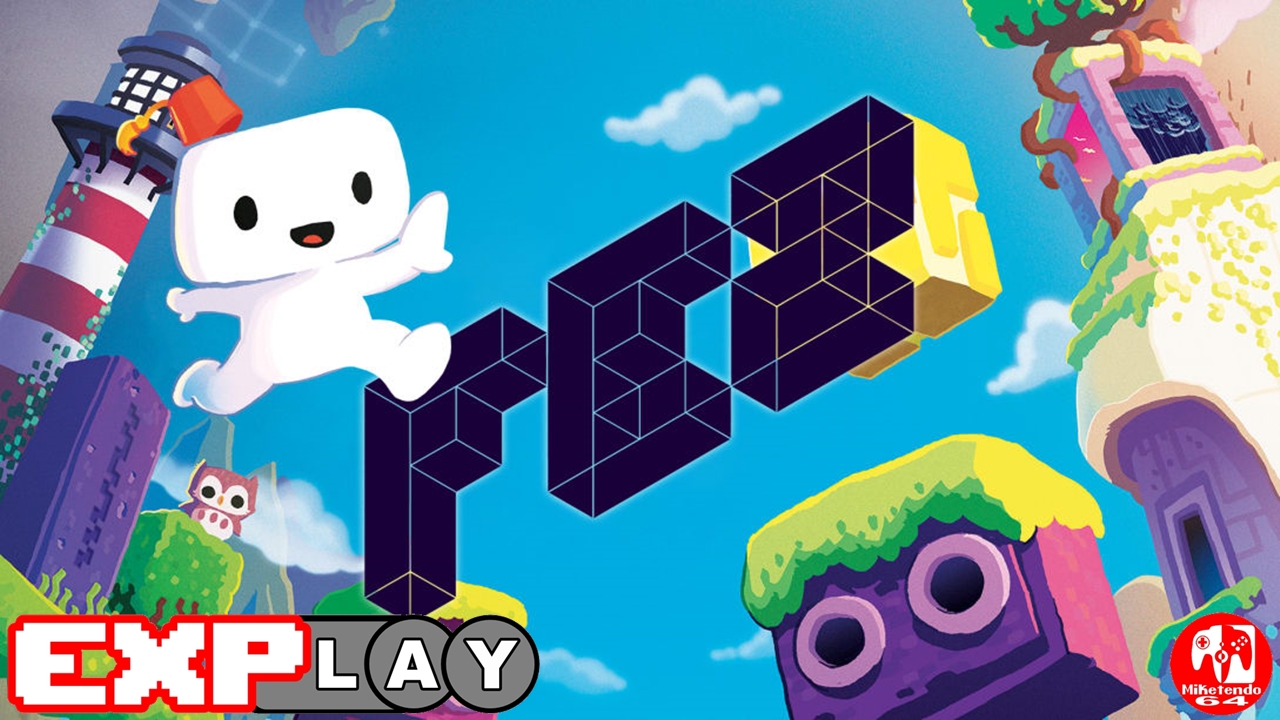 Welcome to EXPlay, (Explain & Play) the review series where we care not for scores but tell it how it is when it comes to every game we get our hands on, whilst also taking the time to include some lengthy gameplay, to give you the reader, the chance to shape your own impressions and views whilst watching and reading. In this installment, we’re covering FEZ by developer Polytron.

FEZ is a 2D Platforming adventure game set in a 3D world. You control an adorable little 2D character called Gomez who discovers he has the ability to move through the third dimension. With this ability, he can run and jump between 2D dimensions to reach new heights in each of the 2D stages before him.

The game starts off with you navigating through your home world meeting various townsfolk, which quickly leads to a quest where Gomez is sent out to recover golden cubes strewn throughout the world. Now equipped with a magical red fez, Gomez can rotate the game world turning the 2D world around him spinning on its axis left and right.

Fez is filled with color pixel art that envokes light-hearted gameplay where platform jumping, and missing, doesn’t result in a life lost or instant death. Upon an unsuccessful jump, Gomez is sent straight back to his last spot. The controls in Fez are simple, you can move with the D-Pad or left control stick. B is used for jumping. When you interact with various objects, like boxes, you can move them just by pushing into them. Some blocks you encounter will let you pick them up with Y and throw them with a second press of the Y button.

There are puzzles within the game where you will need to push and throw blocks into matching slots in the levels, all while also rotating the game world in 3D. Pressing up on the pad or left control stick will allow you to climb up vines and launch over ledges you are holding on to. You can also press up to enter in door ways that you come across in the game world as well. Y also opens up treasure chest you will find which can house keys or golden blocks you will find in the game.

Throughout my short time playing the game for EXPlay, Fez reminded me a bit of Super Paper Mario or Zelda a Link Between Worlds in how the change in perspective in this case, rotating the flat world left or right, revealed hidden secrets, passage ways, and the way up or down what seems like an unreacheable area.

Along with the gameplay hook of rotating the world, the puzzles in Fez are simplistic, but not always easy, as navigating them requires thinking in three dimensions and moving the correct pieces in a certain order to accomplish your tasks. You may get stumped from time to time, though ultimately the puzzle solving is a rewarding experience.