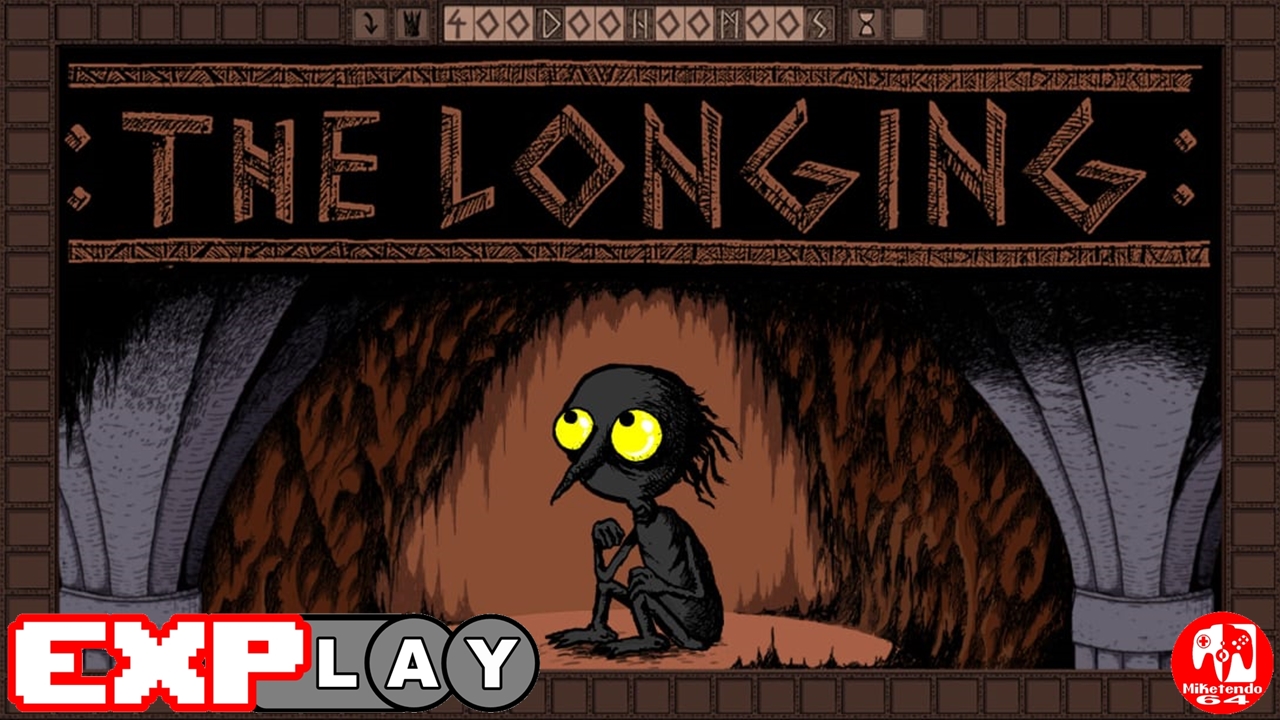 Welcome to EXPlay, (Explain & Play) the review series where we care not for scores but tell it how it is when it comes to every game we get our hands on, whilst also taking the time to include some lengthy gameplay, to give you the reader, the chance to shape your own impressions and views whilst watching and reading. In this installment, we’re covering The Longing by developer Studio Seufz.

The Longing: (The Explanation)

The Longing is a 2D adventure game created by German video game studio Studio Seufz. It tells the tale of a little creature known as the shade who is the last of his kind. He is ordered by the king of an underground kingdom to stand guard as he recovers his strength. The king also asks you to awaken him after 400 days have passed. This sounds simple enough but those 400 days are counted in real-time.

There is no real objective in The Longing per se. You are free to move around the caves as much as you like as long as you don’t leave them and go to the surface. The caves are a large network of tunnels and with multiple chambers. It is easy to get lost within them and finding your way back to the throne room can be disorientating at times.

As you casually stroll throughout the cave systems, you can find pieces of coal, chalk, and other objects that you can interact with. By collecting these, you’ll be able to use them later in your little home by the throne room to make it more comfortable. The chalk can be used to draw and colour etchings. Wood can be used to make a bed and there are even instrument pieces to be found so you can play music. You can even read books to help pass the time including Herman Melville’s Moby Dick.

Something else that is constrained to time are the time-triggered events in the game that will require you to come back to the same place multiple times to see if anything new has occured. These events can be anything from a slowly moving door that hasn’t been opened in years to the deciphering of drawings etched into the cave walls.

The Longing is really slow going and it is supposed to be. Your character moves ever so casually througout the cave and there is no run button either to make traversing any quicker. As the game plays in real-time, you can pick it up and leave it at any time. The in-game time still runs even when your Switch turned off so at least time will continue to tick by even when you are not playing.

This game will not appeal to everyone, especially not to those that prefer faster-paced games. The Longing has multiple endings depending on how you spend your time in the game. Do you call it quits and head to the surface, ignoring the orders of the king or do you stick it out until the very end and awakening the king on the 400th day? That is totally up to you

The Longing: (The Gameplay)