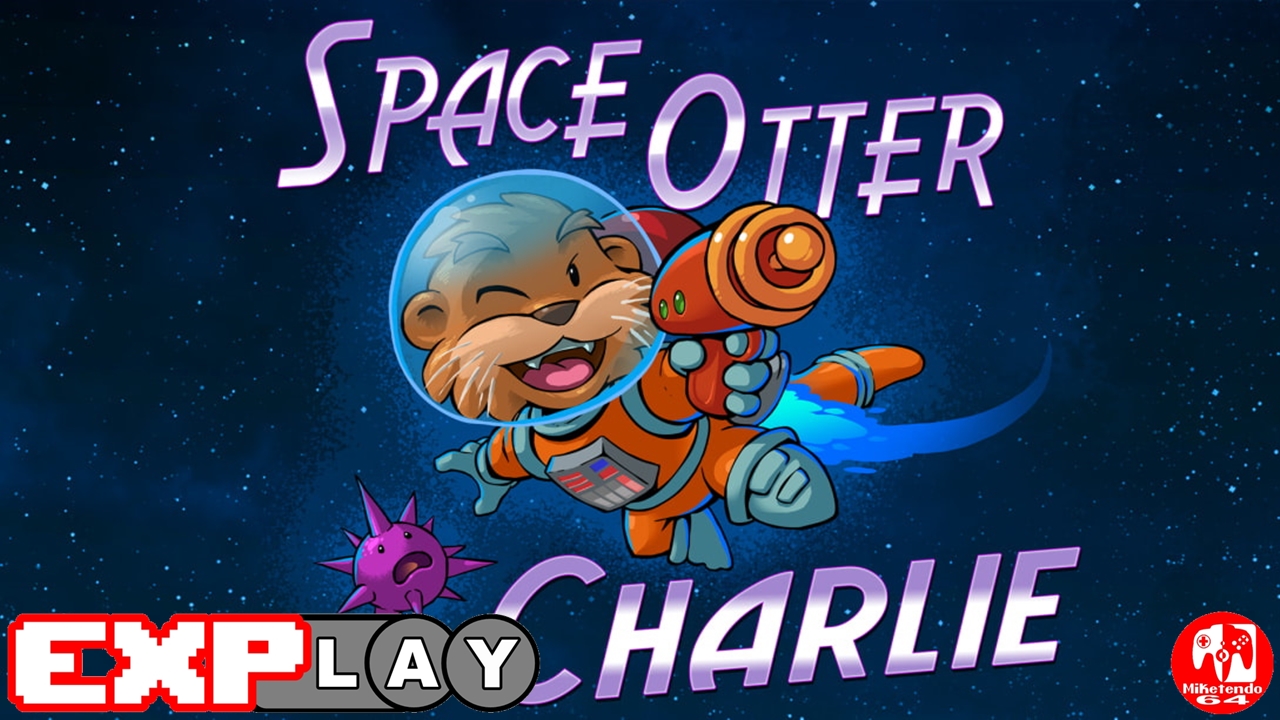 Welcome to EXPlay, (Explain & Play) the review series where we care not for scores but tell it how it is when it comes to every game we get our hands on, whilst also taking the time to include some lengthy gameplay, to give you the reader, the chance to shape your own impressions and views whilst watching and reading. In this installment, we’re covering Space Otter Charlie by developer Wayward Distractions.

Get ready to venture where no otter has ventured before… in otter space! It’s the 26th century and all of humanity has abandoned planet Earth in search of a cooler and less crowded environment. The animal kingdom remains and while life was pleasant for a little while but the severe heat from global warming was becoming too much for the animals. The intelligent sea otters decided to build their own rockets so they can go into space and look for salvation for their kind.

Space Otter Charlie follows a brave sea otter called Charlie who ventures into space on a daring mission with two colleagues to find the means to save animal kind from the harsh unhospitable Earth. In Zero-G, Charlie must float from one surface to another as he looks for anything that he and the other members of the crew can use like fuel for their ship so they can continue to move their ship in space.

As Charlie navigates his way through labyrinthine ships, space stations and satellites, he will need to avoid hazards like fire bursts, loose electrical wires and unfriendly drones. To help get past some of these hazards, Charlie can use a jetpack to help adjust his trajectory as he floats through the air. However, evasion may be a good strategy but offence is sometimes needed when it comes to those pesky drones.

During the first stage, Charlie will find plans for a “Lazor” gun that he can use to shoot at drones, debris, or at anything really. They aren’t the only plans either as he can also find plans for other valuable upgrades. These upgrades will give Charlie access to cool gadgets like the Jet boost and even special space suits that have their own styles and unique skills.

Space Otter Charlie also has a multiplayer mode that can allow up to 4 players to play against each other. There are two game modes: Furry Fury and So Urchin. Furry Furry is a deathmatch mode where the otter with the most kills wins. So Urchin is more like capture the flag, players must collect and open the most Urchins to score points.

If you like 2D platformer games that are set in space with cute marine mammals as the main protagonist, then Space Otter Charlie may be a game that interests you. We weren’t keen on it at first but after playing the game, our opinion instantly did a U-turn. It is charming, enjoyable and surprisingly addictive. It may feel a little on the short side with only a dozen or so stages but the multiplayer will keep the game going even after the main story is done with.