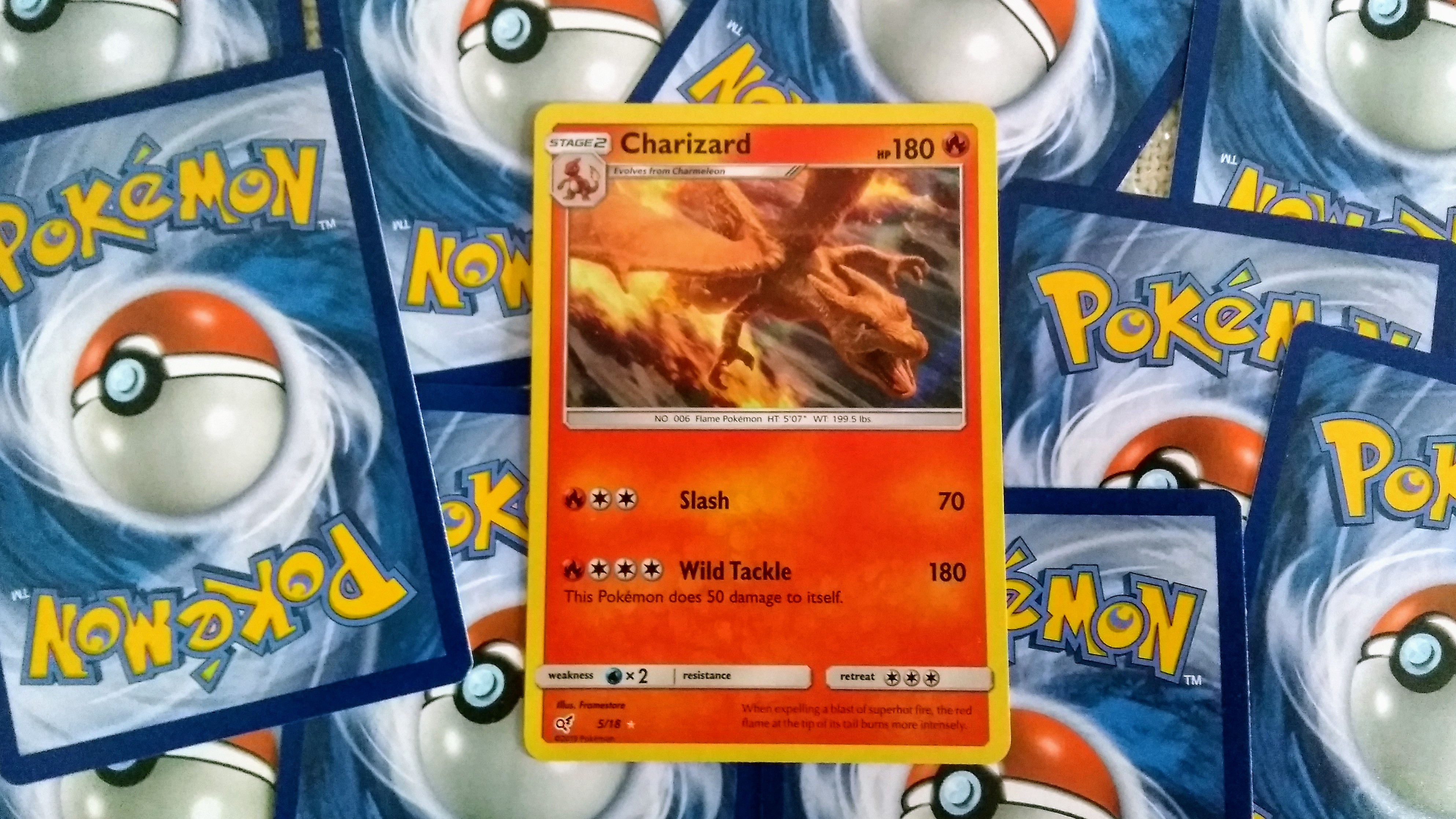 In 1999 Pokémon cards took over every schoolyard across the country. 25 years later it’s back, taking over our YouTube feeds, eBay listings, and time with the kids.

In this article, we’ll discuss exactly how Pokémon cards re-entered our lives and why this addictive hobby is stronger than ever!

Whilst the Pokémon Go craze of 2016 whet the appetite for many, the main trigger for a lot of people was being stuck at home. As the world stood still in 2020, home improvement took center stage. Attics got cleared, cupboards got sorted, and old Pokémon cards got rediscovered.

There was something quite magical about opening a dust-covered binder to see a glistening fire-breathing dragon staring back at you. This wasn’t just a trip down memory lane; this was a time machine back to your childhood.

Of course, another magical moment arose when people discovered just how much these old Pokémon cards were actually worth. Rare cards going for thousands of dollars and sealed booster boxes fetching five-figures.

At a time when people were financially struggling, or perhaps laid off from their jobs, selling Pokémon cards became a legitimate side hustle. And as more and more people clocked on to the rarity of these items, and the increased demand, prices began to sky-rocket.

There was also another significant development in the way Pokémon cards were perceived.

If you remember back in 1999, the cards were red hot but cooled within a few years. Like many crazes before them, they almost went from cool to uncool overnight. The fickle nature of school kids hey?!

But those kids grew up. And in a world where doing what makes you happy is the key to improving mental health, submitting to schoolyard peer pressure was a thing of the past. It became cool to collect Pokémon cards again!

Couple that with a generation of 20-30 somethings that have the disposable income to spare (from being in lockdown), and seeking savvy investments outside of traditional methods; Pokémon cards became the perfect outlet.

No longer associated with geeky connotations of the past, Pokémon cards have become high-end collectibles, modern works of art, and nostalgic masterpieces.

Many purists in the hobby aren’t a fan of celebrities jumping into Pokémon cards. With prices going stratospheric, cards that were once obtainable are no longer within reach. Although their discontent is understandable, there have been many positive consequences too.

By bringing Pokémon to their large audiences and helping it go mainstream again, savvy collectors have seen their Pokémon card collection values go through the roof. We’re not just talking about a few hundred dollars here. People can legitimately buy houses through the sale of one card!

Exposure to the hobby has also helped grow social media accounts of O.G. collectors with impressive cards and sealed products. Media is money these days, and an audience of 10k+ is enough to monetize in a way that could potentially make job replacement income.

And finally, celebrity endorsements help shine a light on Pokémon so it is rightly recognized as one of the leading media brands in the world. This is only a good thing for the hobby we loved, perhaps unloved, but now love again more than ever!

Whether you’ve rediscovered Pokémon cards out of a need to make more money, having a sort-out at home, or browsing on YouTube, don’t underestimate the non-monetary value of this hobby… nostalgia, excitement, and happiness. Now that is cool!