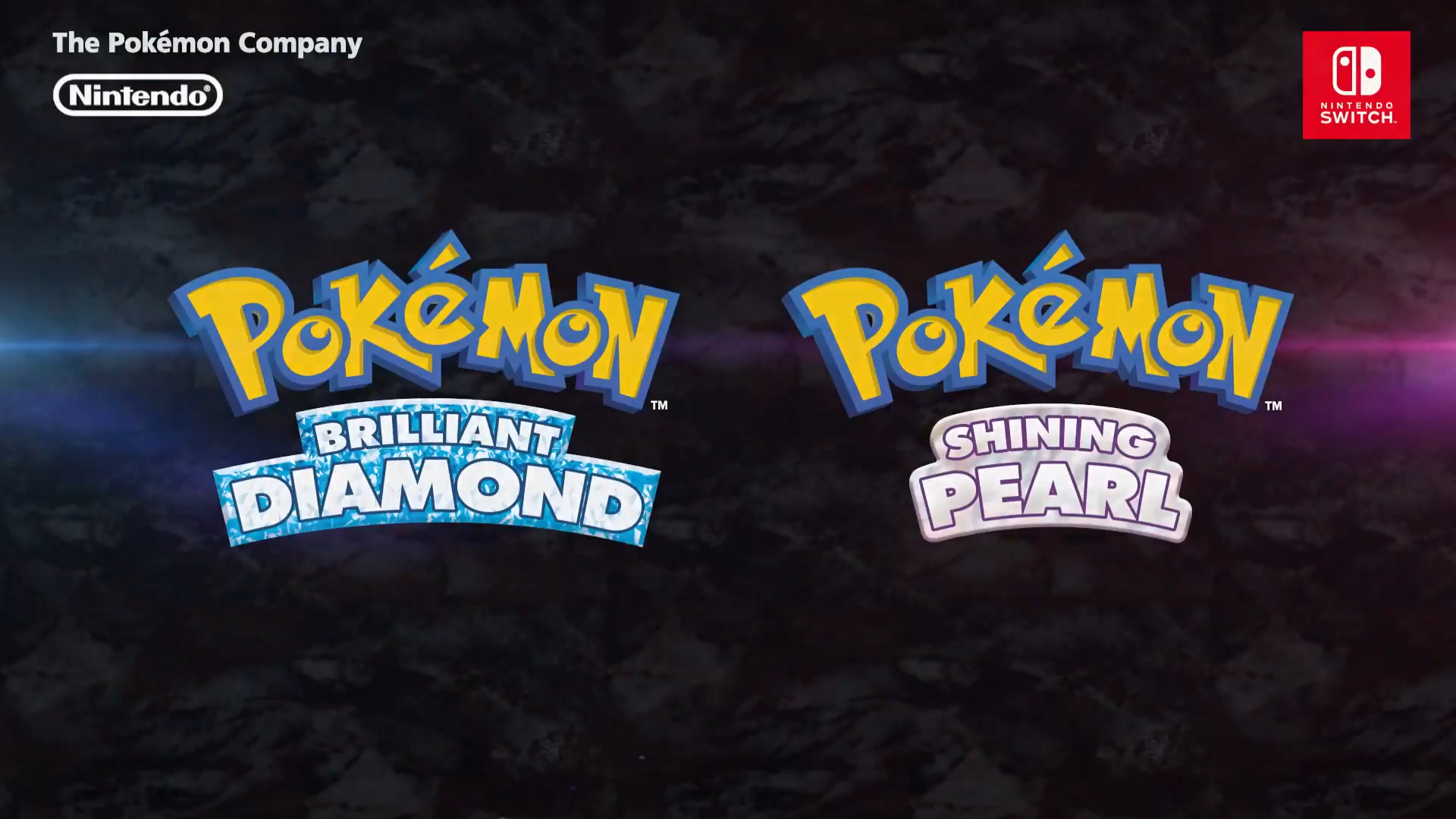 The Pokémon Presents presentation has revealed two new Pokémon games focused on the region of Sinnoh. The first are remakes of Pokémon Diamond and Pokémon Pearl and are appropriately titled Pokémon Brilliant Diamond and Pokémon Shining Pearl. The game is slated to release on Nintendo Switch in late 2021 and is being developed by ILCA and being overseen by Junichi Masuda of Game Freak.

Experience the nostalgic story from the Pokémon Diamond™ and Pokémon Pearl™ games in an adventure reborn on the Nintendo Switch™ system.

Adventures in the Pokémon Brilliant Diamond and Pokémon Shining Pearl games will take place in the Sinnoh region. Rich in nature and with Mount Coronet towering at its heart, Sinnoh is a land of many myths passed down through the ages. You’ll visit many different locations in the Sinnoh region, while striving to become the Champion of the Pokémon League.

The original story has been faithfully reproduced, and the sense of scale in the originals’ towns and routes has been carefully preserved. People who played Pokémon Diamond and Pokémon Pearl can revisit familiar places and relive familiar scenes once more. For those setting out through Sinnoh for the first time, plenty of new encounters and surprises await.

The other Pokémon game taking place in the Sinnoh region is Pokémon Legends Arceus. This game takes place in what looks to be a large open world in the Feudal era. You can catch Pokémon in the overworld without the need to battle them, however, you can still battle Pokémon as well. Pokémon Legends Arceus Is slated for an Early 2022 release on Nintendo Switch.

You’ll need to catch, survey, and research wild Pokémon in a long-gone era of the Sinnoh region to create and complete the region’s first Pokédex.

To catch Pokémon in the Pokémon Legends: Arceus game, you can observe them to learn their behavior, then carefully sneak up, aim your Poké Ball™, and let fly!

An Adventure in the Sinnoh of Days Gone By

You’ll be brought to the Sinnoh region, the setting for the Pokémon Diamond and Pokémon Pearl games. But this story unfolds in a long-gone era, before ideas such as being a Pokémon Trainer or having a Pokémon League even existed.

All around, you’ll find Pokémon living wild in harsh environments that make for a Sinnoh unlike the region you may remember from the days of the Pokémon Diamond and Pokémon Pearl games.

If you have yet to watch the Pokémon Presents presentation for yourself, you can find the full video below.