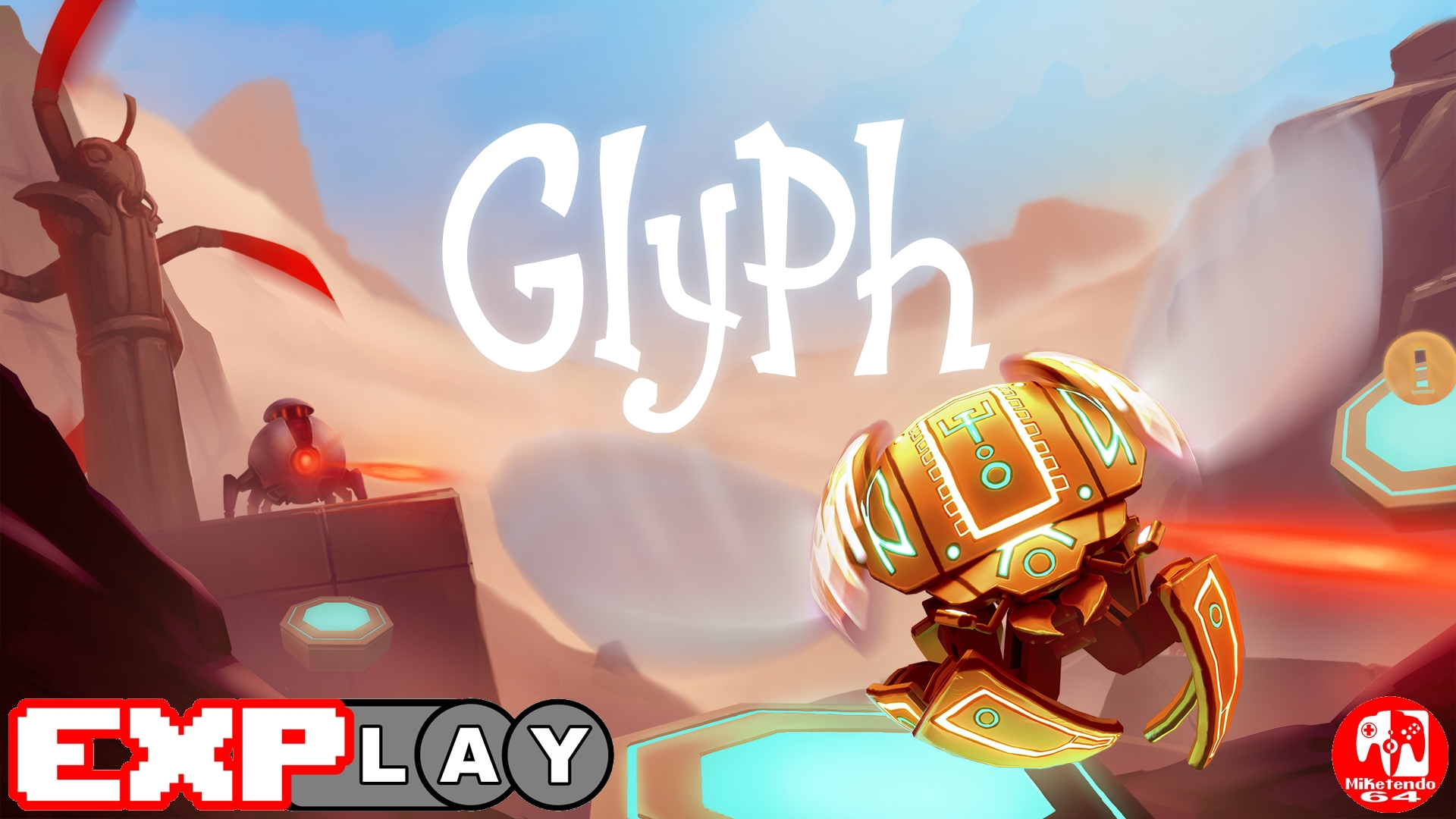 Welcome to EXPlay, (Explain & Play) the review series where we care not for scores but tell it how it is when it comes to every game we get our hands on, whilst also taking the time to include some lengthy gameplay, to give you the reader, the chance to shape your own impressions and views whilst watching and reading. In this installment, we’re covering Glyph by developer Bolverk Games.

Glyph is a 3D platformer developed by the danish video game studio Bolverk Games. You play a spherical being called Glyph that has been awakened to help return the temple city of Aaru to its former glory. To do so, you must search the surrounding desert for long lost gems and artifacts and return them to Aaru.

Glyph must roll, jump, and glide your way through over 80 stages, each one more challenging than the last. It must keep to the platforms at all times as a single touch in the sand means instant death. Of course, sand isn’t the only thing that can kill you, there are obstacles that will impede your progress and some can also kill you the moment you come into contact with them.

On the plus side, Glyph can charge its power by smash into the floor or by coming in contact with a white panel. This will allow Glyph to double jump to make long distances easier to traverse. Glyph will also learn to spread its wings and glide meaning even more air time. It can also climb up walls by constantly jumping off of them. This doesn’t work on all surfaces so you will have to have to use trial and error to work out what surfaces you can bounce on and which ones you can’t.

On some stages, you can find hidden challenges that will reward you with avatar items like skins and trails. The skins will allow Glyph to take on forms like a plane, UFO, turtle and a skull, as well as many other forms. The trails are what follow behind you as you move and also come in several variants. They are all solely cosmetic but at least you can customize your character to some degree.

Glyph may a seem like a simple platformer on the surface but don’t let graphics fool you. It is definitely a game that is easy enough to learn but to master it is a whole other thing. If challenging 3D platformers are what you are into, you will have a ball with this game.