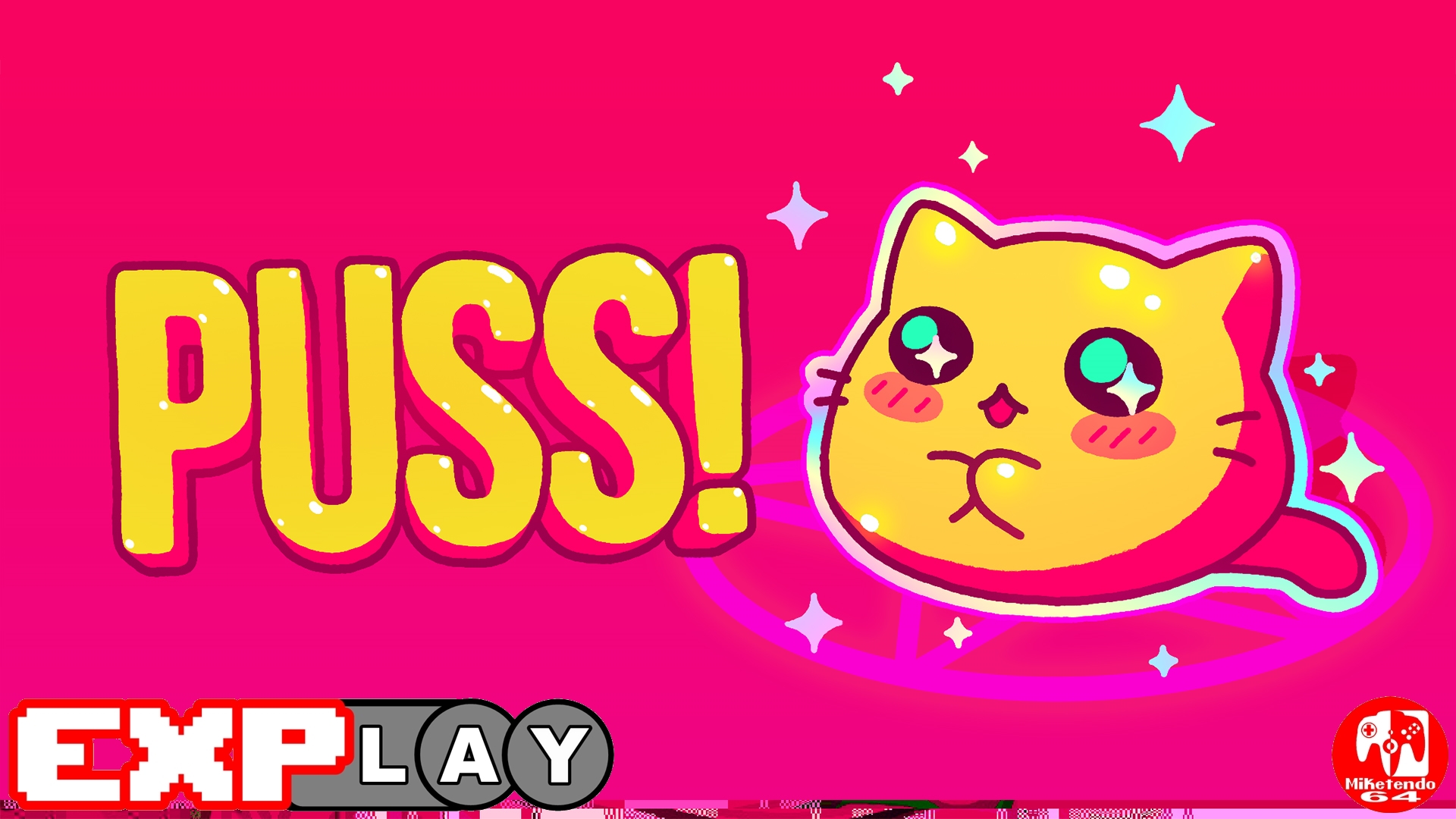 Welcome to EXPlay, (Explain & Play) the review series where we care not for scores but tell it how it is when it comes to every game we get our hands on, whilst also taking the time to include some lengthy gameplay, to give you the reader, the chance to shape your own impressions and views whilst watching and reading. In this installment, we’re covering PUSS! by developer Teamcoil.

Puzzle games and kitty cats, sounds like a match made in heaven, doesn’t it? PUSS! is an retro-inspired puzzle game that features a feline protagonist but don’t be fooled by the cutsy feature image, the game is far from heavenly. In fact, you have to take on a satanic cult that want to make you a sacrifice!

PUSS! is about a cat that has got sucked into a alternate dimension. The cat must make its way to the goal through a series of worlds made up of multiple stages, each more bizarre than the last. Each stage has a start and an end goal and many kinds of obstacles in to hinder your progress. Obstacles can be anything from moving platforms, projectiles, lasers beams, and anything in between.

At the end of each world, there is a boss battle that is a very one-sided bullet hell that chucks anything and everything at you. You have to avoid everything that is thrown at you and collect the POW power-ups. Once you have enough, you will be able to dish some damage to the boss but scratching at it. Talk about death by a thousand cuts because that it what it feels like.

When you successfuly beat each stage, you will earn points that will be accumulated to your high score. You can earn extra points if you beat it under a certain time, don’t take any damage, or if you beat multiple stages in a row without dying. If you collect enough points, you can earn an extra life, which is just as well because you will be losing them just as much as you will earn them.

To sum it up, PUSS! is like one great big acid trip that its weird yet psychadelic when its going great but when it starts to turn, you better start crying for Mama. The game will challenge your skills as a gamer and just when you have had enough, you will jump back in again and again to show that you won’t let yourself be beat.