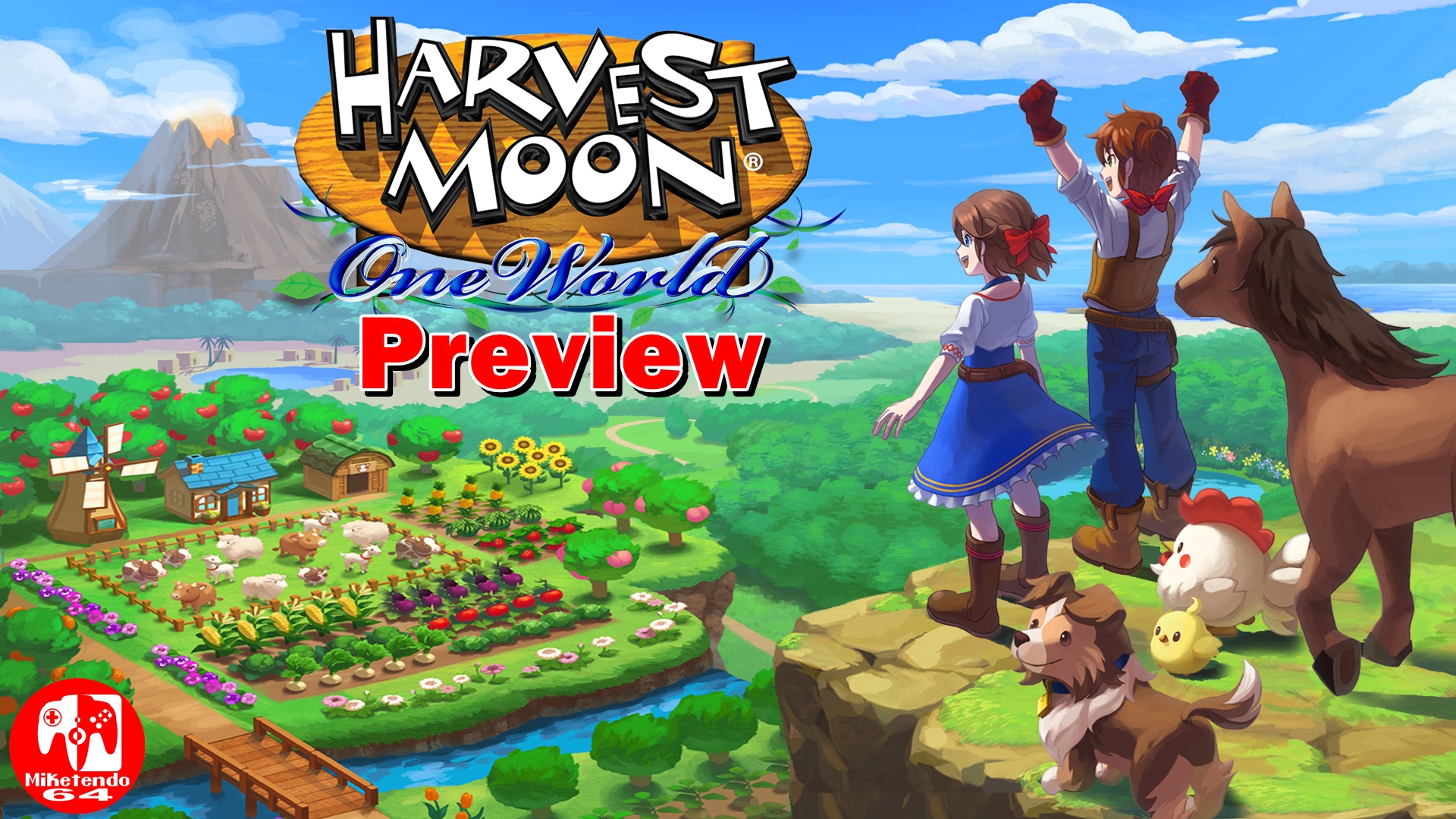 Last week, I had the opportunity to attend a preview event for Harvest Moon: One World.  I must admit that it has been quite a while since I last played a Harvest Moon game and that was for the Nintendo 64 (yeah, that long ago). So, it is safe to say that I was interested in seeing this new entry into the series and how the series has evolved as a whole.

Our preview is also available in video format. If you prefer to watch and listen to our preview, you can check out the video preview below.

The preview event was hosted on discord and presented by Graham Markay, Vice President of Operations at Natsume Inc., Adam Fitch, the Localization Editor, and Taka Maekawa, the Producer of the game. The demonstration of the game was hands-off but it was insightful enough as we were given an in-depth play-by-play by Adam who was streaming Harvest Moon: One World from his end.

Harvest Moon: One World is shaping it to be a very nice game. The farming simulation game from Natsume Inc. will be coming to Nintendo Switch and PS4 on March 2nd for the Americas and March 5th for Europe. There is a whole world to explore with mines to mine, fish to fish, and farms to… well, farm.

In Harvest Moon: One World, there are five towns to explore. Some of them have their very own microclimates where a single season lasts all year round. The settlement in the desert is always Summer and the town in the snowy peaks is always in Winter.

A first for the series is that your farm needn’t stay in the same place. You can actually shrink it down and put it in your pocket. You can then take it to another destination and establish it there. By farm, we mean the buildings that make up your farm, like the farmhouse, barn, silo, etc. The fields themselves will stay put and will continue to grow where they are.

You can have multiple fields all at different points in the world. The climates in some places will also help to mutate your crops. In some regions that have a single season all year long can help produce a different crop from the same seed. Tomato seeds for example. They can grow as a standard tomato in normal weather but in the snowy region, you can grow ice tomatoes. This encourages the player to not use up all their seeds in one field but instead, keep hold of them to plant in other areas.

Talking of seeds, you primarily only get them from characters called Wisps. There are about 100 of them to find in Harvest Moon: One World and they are in possession of all sorts of seeds from common to ultra-rare. They can respawn over time, with common Wisps returning quicker than ultra-rare ones. Once you have found a Wisp, an icon will appear on the map to show their location, making it easier to find them next time. In the later section of the game, you will eventually find shops that will sell seeds as well.

Harvest Moon: One World wouldn’t be a Harvest Moon game without love interests. Depending on the gender of the character you chose at the beginning of the game, you will find 5 bachelors/bachelorettes of the opposite gender to romance and eventually marry. These love interests can be found in their respective towns and you can increase your chances to romance them by fulfilling their requests and interacting with them. There are also love events that you can partake in with your prospective suitor to increase the chances of wooing them.

As regards animals, there are both domestic and wild animals that you can encounter and adopt. They will all live in harmony so you won’t have to worry about your tigers eating your cows in the barn. They will happily coexist. You can also use some animals as mounts though it is restricted to horses, deer, and camels. So for any of you hoping you can ride the aforementioned tiger, you are out of luck.

All in all, Harvest Moon: One World is shaping up rather nicely. If you are a fan of games like Stardew Valley, Story of Seasons, or even Farmville, then this latest entry into the series that inspired them all may undeniably be of interest to you. If our preview still isn’t enough to sway you, however, perhaps this new gameplay trailer will?

Special thanks to Mika of So Clever Comms for sending us an invite to the Harvest Moon: One World preview event and making the necessary arrangements. Also, Big thanks to Graham and Adam Fitch for presenting the game and being on hand to answer our questions.