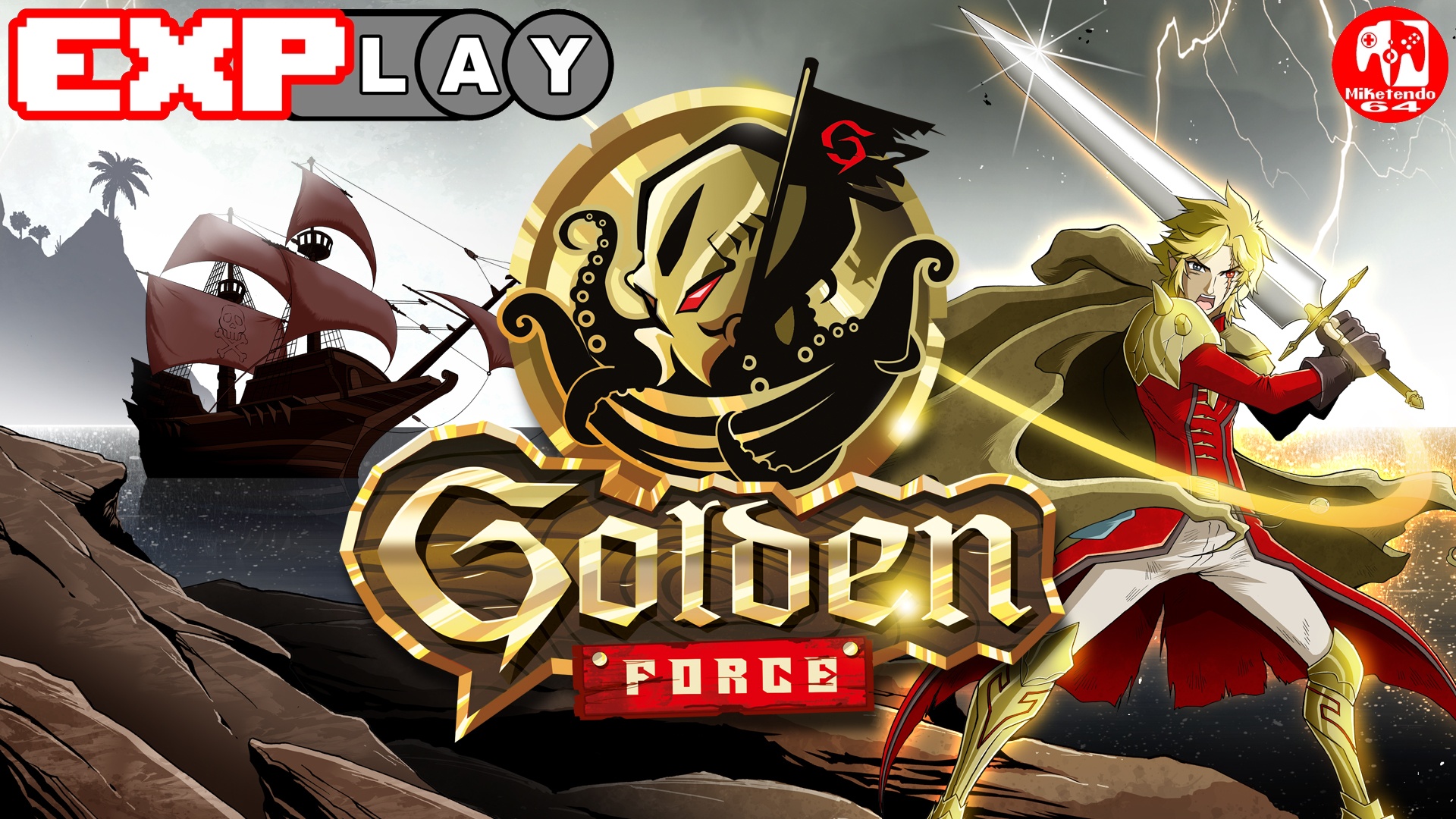 Welcome to EXPlay, (Explain & Play) the review series where we care not for scores, but tell it how it is when it comes to every game we get our hands on, whilst also taking the time to include some lengthy gameplay, to give you the reader, the chance to shape your own impressions and views whilst watching and reading. In this instalment, we’re covering Golden Force by developer Storybird Games.

What do you get when developer Storybird Games mixes their creative juices with a retro-styled run ‘n gun platformer of their own creation? The answer, of course, is Golden Force. A game where the titular Golden Force has nothing to fear except bankruptcy, and eagerly set out for Muscle Island, in the hopes of discovering gold and glory.

Featuring plenty of kittens and a very colourful retro aesthetic, Golden Force is an engaging platformer that players can attempt on their own, or with a friend as they try to conquer the once “paradisaical and peaceful” Muscle Island, now ruled by the Demon King and populated by his army of monsters and trusted generals.

Should you prove a formidable foe, a mountain of gold can be yours to claim, just a long as you have what it takes to overcome the game’s 22 stages, successfully beat every miniboss and boss in battle and master the game’s combination of combos, slides, dash attacks and character differences.

The controls are easy enough to pick up, but the further you progress through the game’s landscape and levels, the more on your toes you’ll have to be as a well-timed side dash can make all the difference with regards to whether or not players will make it to safety and reach the next checkpoint, or die trying, losing their final heart and having to restart the current stage from the previous checkpoint/start point.

Where an advantage is needed, players can always use their hard-earned coin and in-game obtainable collectables to purchase useful items and upgrades from the game’s shop. Still, with plenty of content, four interesting characters and the option of bringing a friend along during your epic quest to defeat the Demon King, Golden Force is a top-notch pixelated adventure, laced with old school difficulty, well worth any player’s consideration.