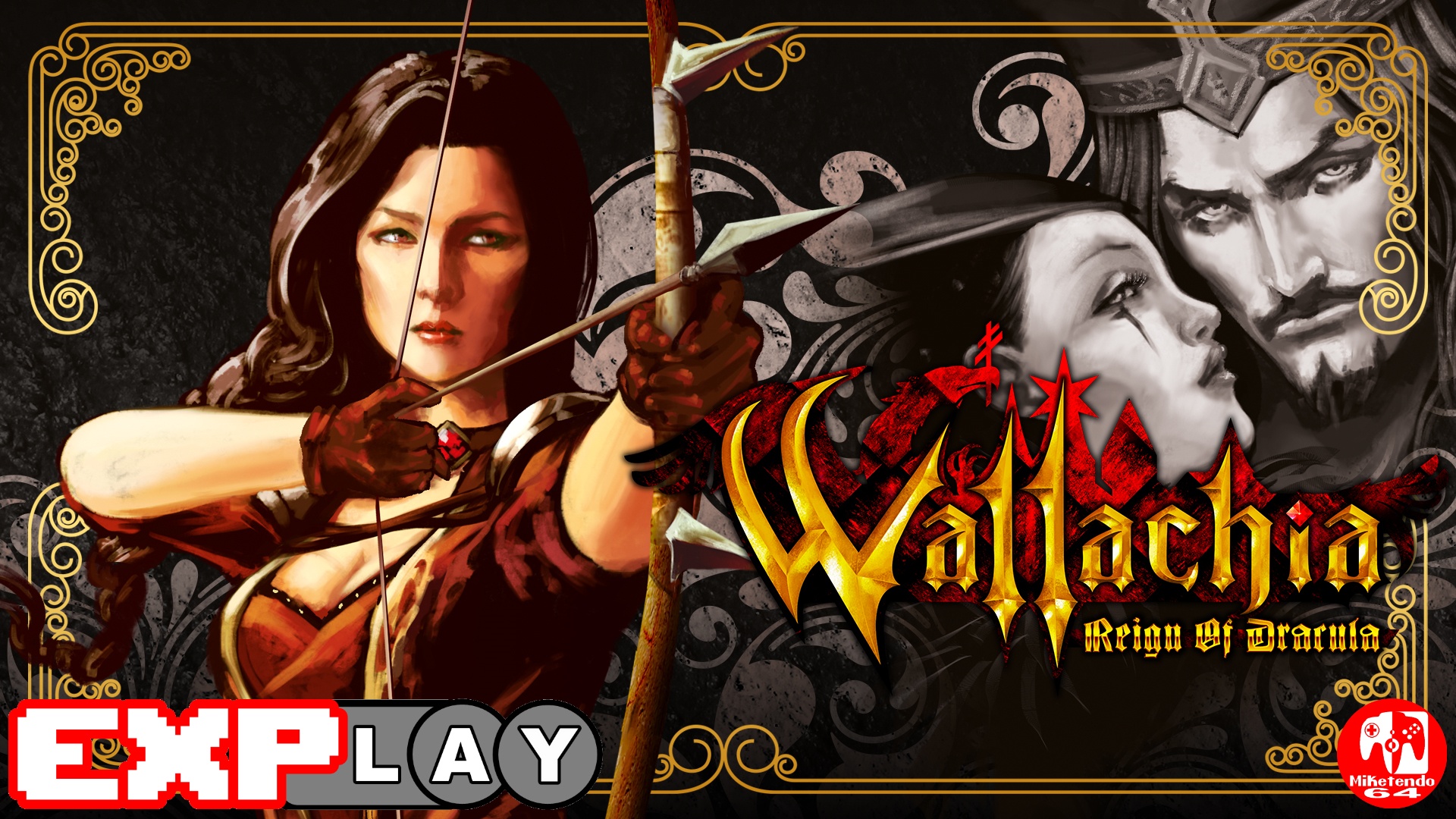 Hey folks, welcome to the feature series we call “EXPlay.” A series of feature articles where we share our experience on games we’ve recently played in the form of written views and captured gameplay footage. In this instalment, we are all about Wallachia: Reign of Dracula by developer Migami Games.

Before he was the count we know, love and sometimes hate, he was Vlad the Impaler and for the gamer looking to do battle against the forces of Dracula, it could be time to head on over to the eShop and check out the Castlevania inspired Wallachia: Reign of Dracula.

From the 2D SNES era art style, battle mechanics, sound selection and level layouts, the Castlevania influences are strong with this one, but that doesn’t mean there isn’t some originality to Wallachia.

By swapping a whip for a bow and a female protagonist (Elcin Floarea) voiced by Kira Buckland an American actress that has been involved with a number of films, animations, animes and video games which includes Nier: Automata, comes a 7 level long adventure that will test the talents of players everywhere.

Even on the easiest difficulty, players can be expected to take caution with every step as enemies can appear from anywhere and swiftly bring your journey to an end, but should you prove to be as quick as Elcin is on her feet, your impressive reflexes could just be enough to help you cut down every foe, boss and who knows? You might even be able to beat the game on every difficulty and earn every trophy.

Still, mastering one’s bow and knowing when to attack with Elcin’s sword is just the beginning, for precise jumping is a requirement should you wish to beat every stage and be sure to pick up those black orbs that enemies drop upon defeat, as they are required for performing character skills as Elcin’s allies come to her aid and help her on her journey.

What’s more, additional content is available in the form of an unlockable sound test, a gallery mode, challenges and the means to swap Elcin’s default costume for one straight out of Bloodstained: Ritual of the Night. Just don’t get too comfortable when playing, as Wallachia will constantly challenge the player and the further down the rabbit hole you get, the more deadly and clever your foes become, especially the dreaded bosses that await you at the end of each stage.

In a time where an official Castlevania has yet to release on the Nintendo Switch, Wallachia: Reign of Dracula and the Bloodstained games are the closest things we metroidvania fans have to a Castlevania game and they all do such a good job of satisfying one’s appetite. There might not be about content in Wallachia to sink your fangs into and the difficulty spike might prove to be an annoyance for some, but with patience, comes skill and with skill, Vlad Dracula stands no chance.

Thank you for reading our EXPlay on Wallachia: Reign of Dracula. We hope that you find it useful in your decision in picking up the game for yourself. While there are a lot of hidden gems on the Nintendo Switch and a fair number of duds, we’ll leave it to you to decide whether a game is for you or not.