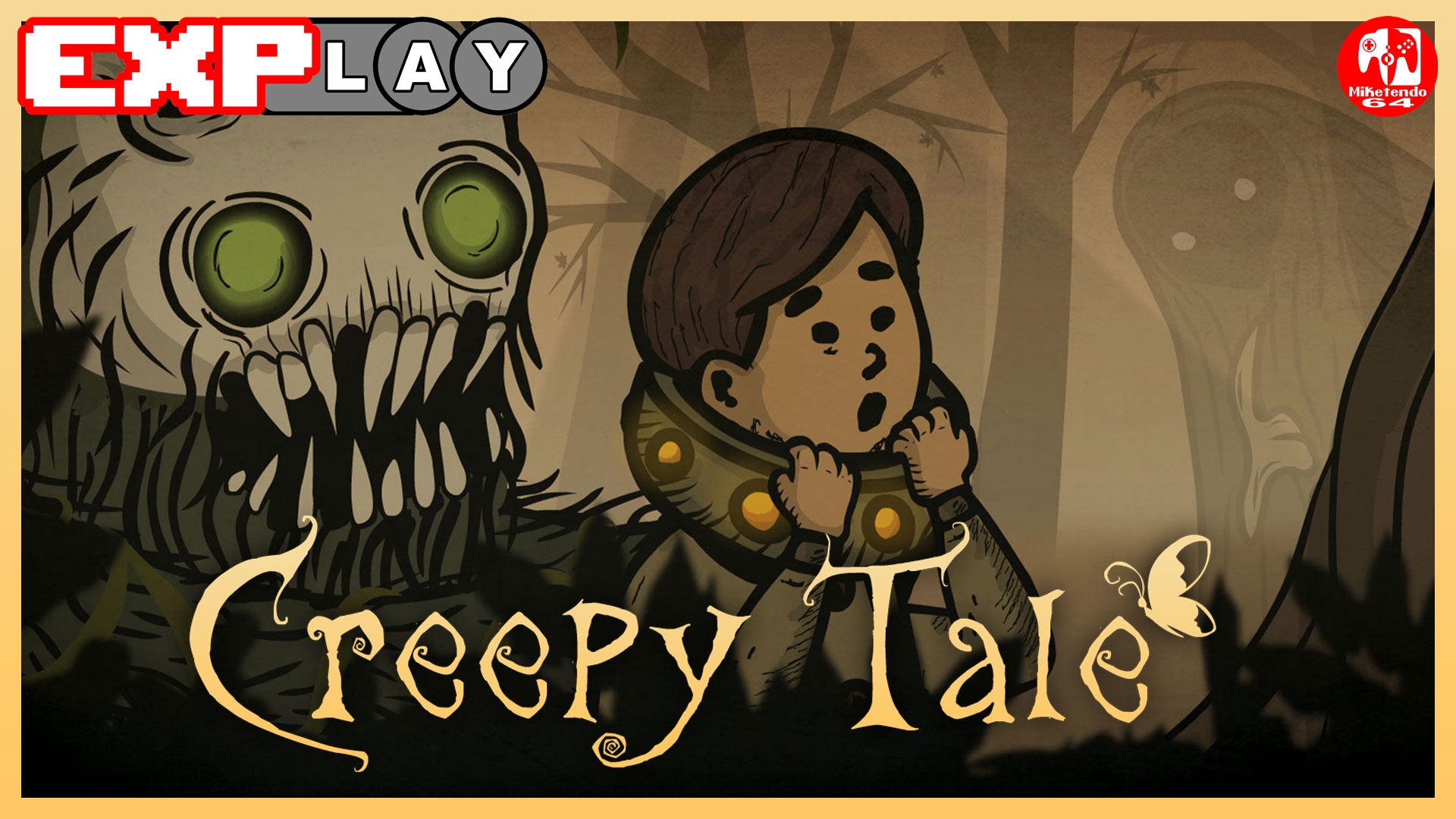 Hey folks, welcome to the feature series we call “EXPlay.” A series of feature articles where we share our experience on games we’ve recently played in the form of written views and captured gameplay footage. In this installment, we are all about Creepy Tale by developer Deqaf Studio.

Creepy Tale is a third-person puzzle platforming game. Two brothers are gathering Mushrooms in the forest when they gaze upon a beautiful butterfly. They follow the butterfly to a run-down shack and the eldest of the two brothers goes inside. The door immediately locks behind him, leaving the younger brother outside. The younger brother spies through the window and sees his brother surrounded by two monstrous beings.

Seeing his brother being grabbed and taken away, the youngest brother is left alone in a forest that seems to be inhabited by otherworldy beings with a rather sinister agenda. It is up to the young lad to avoid getting caught himself and rescue his brother, wherever he may be.

Each level or ‘Chapter’ of Creepy Tale has some kind of puzzle that needs to be solved before you can progress forward. Such puzzles include the likes of finding a fragment of a ritual table and making a sacrifice, creating a poison to kill a witch and dropping a beast through a wooden bridge. Some puzzles are straightforward but others are a lot more intricate and require a lot of going backwards and forwards. There are subtle clues for some of the puzzles but a fair number of them will have you pondering what you need to do next in order to advance.

The art design and story of the game is quite interesting. It is like a cross between a Brothers Grimm cautionary tale and the game “Don’t Starve.” It is like playing through a living story book with the dark forest inhabited with scary monsters, topped off with a not so “Fairy Tale” ending.

Creepy Tale is a relatively short game that has its play time extended by the complexity of some puzzles and the lack of instruction with others. After you played through the whole game and learned all the puzzles, you can easily beat it again on a second playthrough in about half an hour. Though the game doesn’t feature the ability to save so you can return to a tricky section later, if you die, you will respawn at the beginning of the stage or at a checkpoint and continue from there. What the game does offer is that when you begin a new chapter, you will be able to play from the beginning of that chapter from the title menu.

If you enjoy cautionary tales and puzzles to make your brain think, then Creepy Tale might be a game that interests you. It may be on the short side but its inquisitive story may keep you going until the end. Is there a happy ending? We will let you be the ones to find out.

Thank you for reading our EXPlay on Creepy Tale. We hope that you find it useful in your decision in picking up the game for yourself. While there are a lot of hidden gems on the Nintendo Switch and a fair number of duds, we’ll leave it to you to decide whether a game is for you or not.