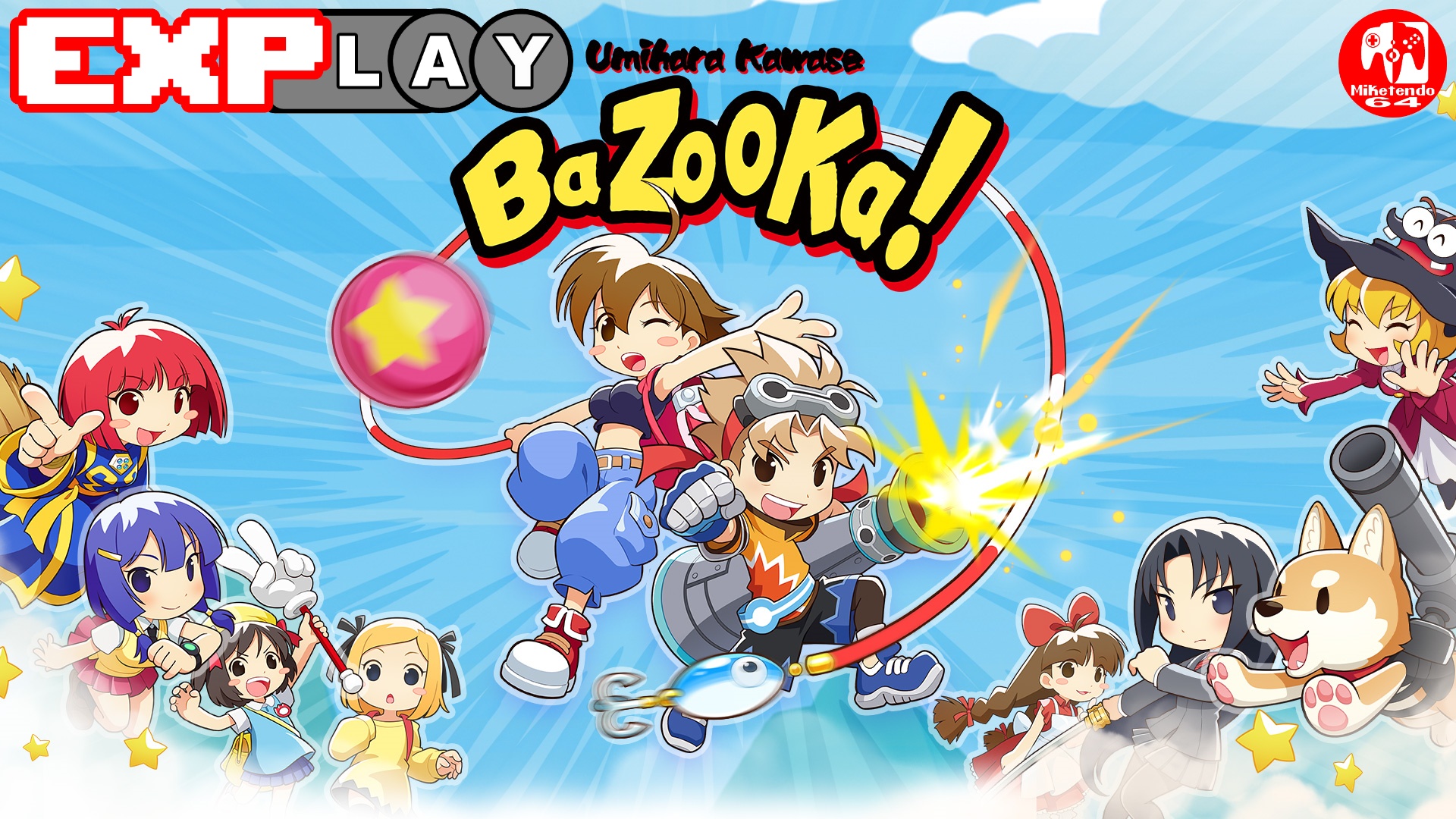 Hey folks, welcome to the feature series we call “EXPlay.” A series of feature articles where we share our experience on games we’ve recently played in the form of written views and captured gameplay footage. In today’s instalment, today we’re all about Umihara Kawase BaZooKa! by joint developers Studio Saizensen and Success.

Things might start off easy enough but whether you’re playing challenge mode alone or you’re online competing against others, Umihara Kawase BaZooKa! can get pretty brutal, pretty quickly, so when you are playing locally, it’s a good thing a total of four players can team up together to take on the game’s four worlds and with a selection of 22 distinctive characters, each with their own special move and four different colour palettes to choose between, there is certainly some variety on offer.

For those familiar with Umihara Kawase games, there are three different control types with technical being the best option for you and beginner being best for those unfamiliar and don’t worry too much about the controls, you’ll soon be able to double-jumping over enemies, shooting the lure with Y, catching small fry enemies and firing them out of your bazooka in no time at all, changing combos in between using three different skills, including a special one.

With regards to stage progression, collecting the required amount of coins by vanquishing enemies can see you proceeding quickly, but get ready for some interesting boss battles when you come across the tenth stage of every world.

To get the most out of challenge mode, players are welcome to ditch single player in favour of the co-operative friend mode or start a feud with rival mode as players are now free to attack your friends and if you have no friends to play against, it’s time to go online for a battle or two, as Battle Mode offers local play for 2-4 players and online play for one player to try their luck against competition from the world over in a variety of matches consisting of Star Match and Battle Royale, and just in case things are all too casual when it comes to online play, you can always resort to Rank Match based battles.

Were it not for the game’s repetitive nature, a forgettable soundtrack and a price tag that seems a touch tough much, the cartoon anime art style, in combination with the game’s battle stage layout and gameplay might have just been a recipe for success. It’s good, but as far as this 26 year old saga goes, Umihara Kawase BaZooKa! might not necessarily necessarily be the best instalment, but it can still be appetizing for fans of the series.

Thank you for reading our EXPlay on Umihara Kawase BaZooKa!. We hope that you find it useful in your decision in picking up the game for yourself. While there are a lot of hidden gems on the Nintendo Switch and a fair number of duds, we’ll leave it to you to decide whether a game is for you or not.