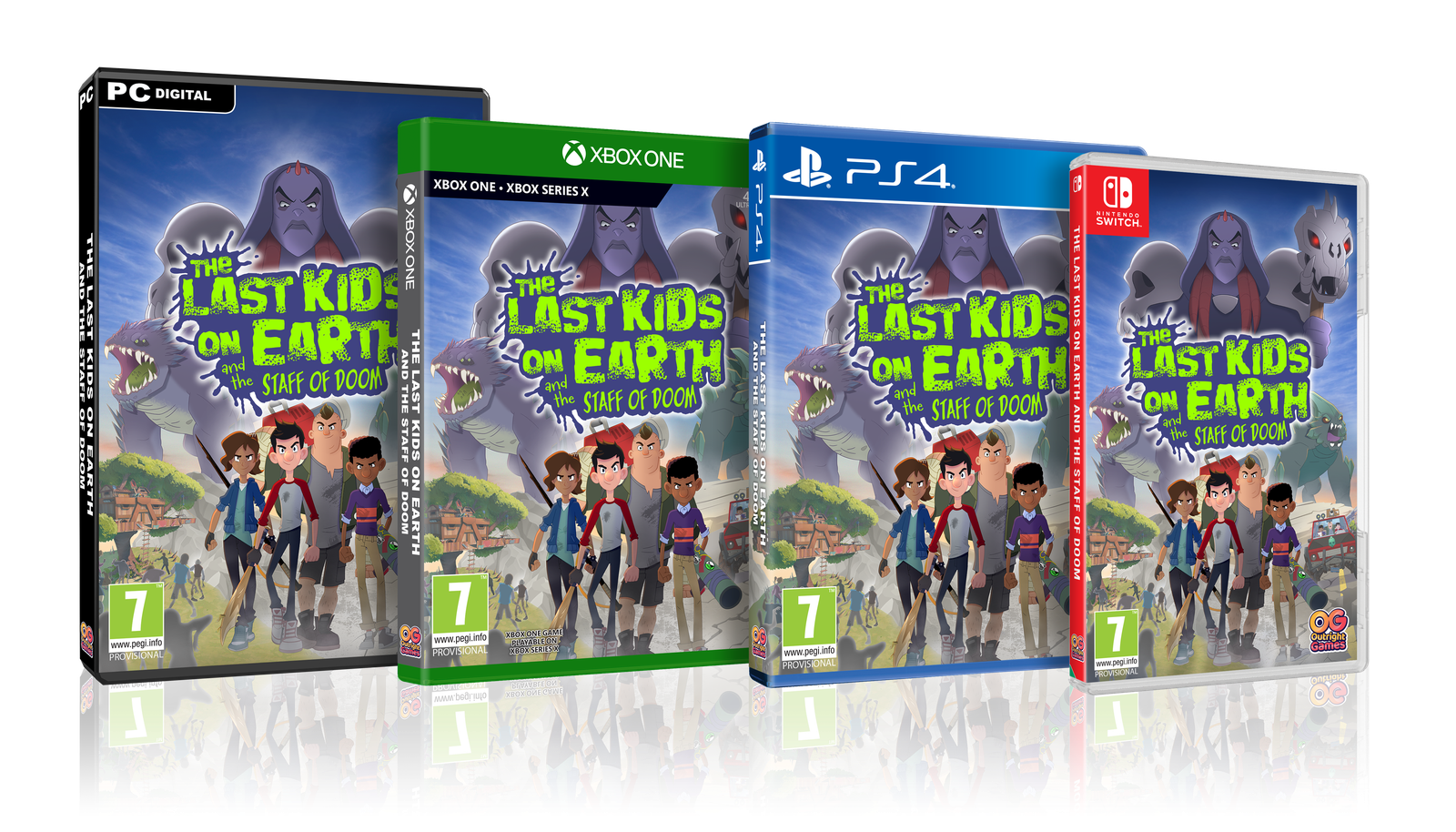 Ever hear of the author Max Brallier? With The Last Kids on Earth already adapted into a Netflix series, thanks to developer Stage Clear Studios and publisher Outright Games, The Last Kids on Earth is getting its very own videogame adaptation and it releases next year for home consoles and PC in Spring 2021. The official announcement can be seen here:

November 24, 2020 – Outright Games, the leading global publisher of family friendly interactive entertainment, together with Atomic Cartoons (a Thunderbird Entertainment Group company), development studio Stage Clear Studios and Cyber Group Studios (Atomic’s worldwide agent for merchandise, licensing and videogames), are excited to reveal that The Last Kids on Earth and the Staff of Doom will be released in Spring 2021. This all new, kid friendly zombie and monster action game will be available on Nintendo Switch™, PlayStation®, Xbox and Steam.

“Along with Max Brallier and our partners at Atomic Cartoons, we’re delighted to announce we will be bringing fans the opportunity to play The Last Kids on Earth and the Staff of Doom,” said Terry Malham, CEO of Outright Games. “The Last Kids on Earth is a hugely successful book and TV series, and the story lends itself perfectly to an action-adventure game.”

Taking place in the spooktacular world of The Last Kids on Earth, fans can immerse themselves in an all new story with massive levels to explore and hordes of zombies to defeat, in up to four player couch and online co-op action. Fans can play as the series’ legendary heroes Jack, Quint, June and Dirk, as they search for the missing pieces of the ultra-powerful Staff of Doom and try to overcome Malondre the Queen of the Slime Monsters, as she seeks to summon Rezzoch the Ancient, Destructor of Worlds.

“While the adventures of Jack, June, Dirk and Quint continue on the page, it is incredibly humbling and inspiring to see them also take on new lives through the animated series, toys, apparel and now a video game,” says Max Brallier, best-selling author, creator and executive producer on the series. “I am extremely fortunate to be collaborating on the game with such talented partners who are helping my dream for this story come true.”

To date, The Last Kids on Earth book series has sold more than five million copies in print around the world, with eight titles from Penguin Young Readers. The latest book in the series, The Last Kids on Earth and the Skeleton Road, released on September 15, 2020 was an instant New York Times, USA Today, and Wall Street Journal best seller. The latest installment of the Netflix animated series debuted on October 16, 2020.

“When we first teamed up with Max [Brallier] to develop The Last Kids on Earth TV series a few years ago, we dreamed that we might one day have an opportunity to bring the franchise to life as a video game,” said Matthew Berkowitz, Chief Creative Officer, Atomic Cartoons and Thunderbird Entertainment. “Now we’re taking the Last Kids experience to another level with this game, and we are so excited for gamers around the world to play The Last Kids on Earth and the Staff of Doom.”

IP rights for The Last Kids on Earth were optioned in 2017 by Thunderbird Entertainment Group, the parent company of Atomic Cartoons. The animated Netflix series debuted in September 2019 with a special 66-minute episode that went on to win a 2020 Emmy award in the category of “Outstanding Special Class Program.” Season Two began streaming in April 2020, and alongside the upcoming Season Three there is an interactive episode currently in production. Atomic, together with Cyber Group Studios, has also launched a toy and merchandise line based on the series with JAKKS Pacific, and a T-Shirt line with Hot Topic.

“We are delighted that the collaboration with Atomic Cartoons and Outright Games is resulting in a very compelling game based on The Last Kids on Earth. The combination of this wonderful IP and the very promising game design made by Outright Games will deliver an amazing video game, which will expand The Last Kids on Earth universe,” added Dominique Bourse COO and Thierry Braille, Vice President, Interactive and Video Game Division of Cyber Group Studios.

The Last Kids on Earth and the Staff of Doom releases in Spring 2021 on Nintendo Switch™, PlayStation®, Xbox and Steam with pre-orders now available here: outrightgames.com/games/the-last-kids-on-earth