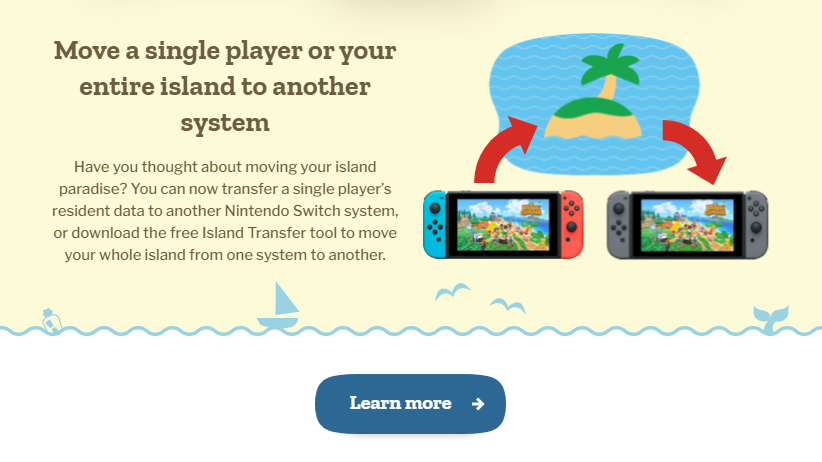 As part of Nintendo’s exciting news regarding Animal Crossing: New Horizons upcoming free content, the big N has shared the news of two features being added that will allow players to transfer island and resident save data, to another Nintendo Switch system.

On the official website, Nintendo has shared more in-depth information, with even more to follow, on how the transfer process works and what it entails and you can find said information, right here:

Use this feature if you wish to transfer the entire island and all residents to a new Nintendo Switch system. The island, all progress and customizations, your animal neighbors, the island resident representative, and any other residents that have been created on the island will be transferred.

*You must have access to both the original system and the new system to use this feature.

This feature is helpful when just one player wants to continue playing Animal Crossing: New Horizons on a new Nintendo Switch or when multiple residents other than the island resident representative will be using the new Nintendo Switch. The transferred player(s) will move to a new island if there is no existing save data on the new system. If there is already an island populated on the new system, the resident(s) will move to that island. All island progress and animal neighbors will remain on the original Nintendo Switch system.

*You must have access to both the original system and the new system to use this feature.