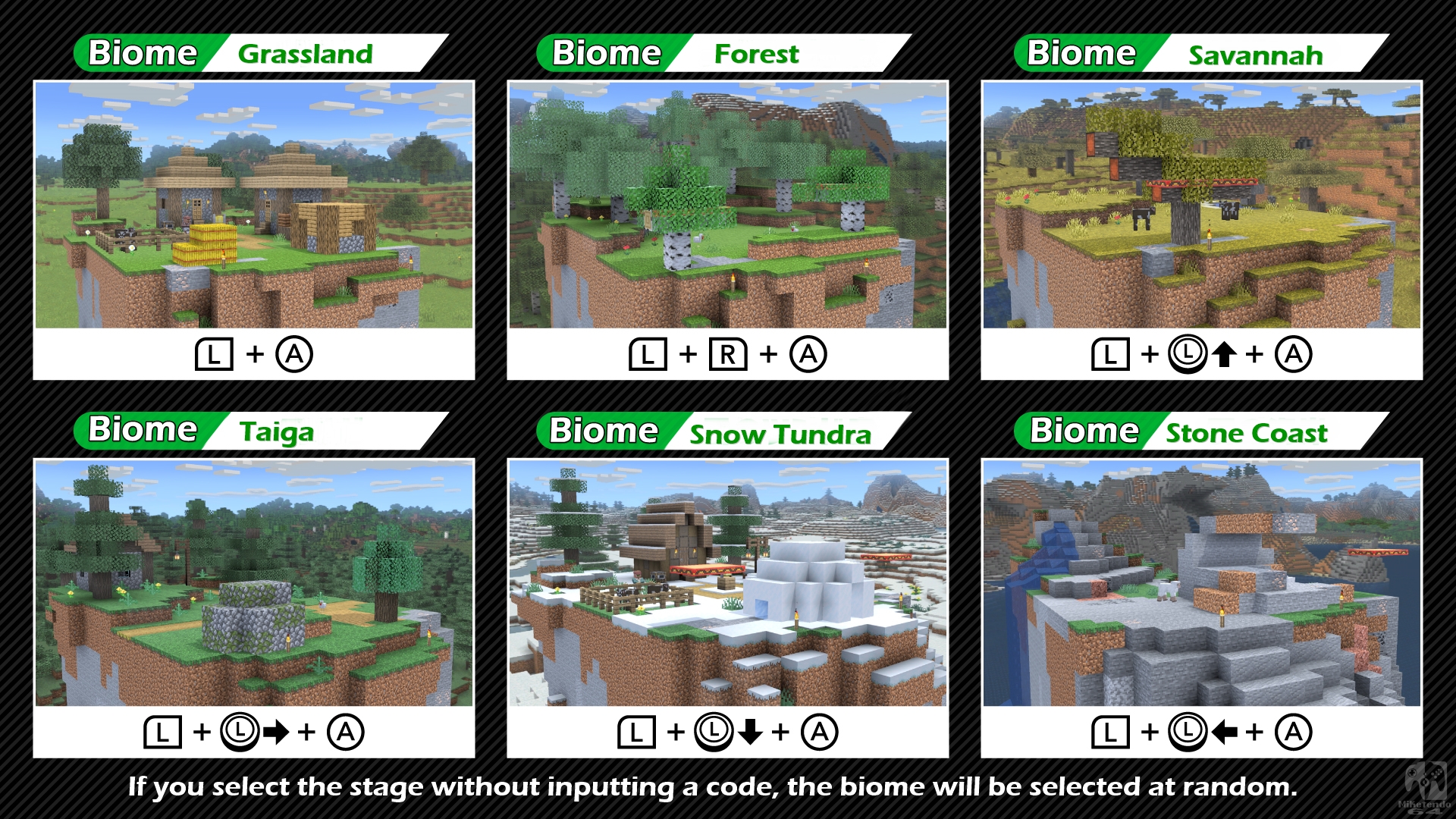 Minecraft’s Steve & Alex are joining Super Smash Bros. Ultimate and come with their own Minecraft World Stage Biome. The Stage has 6 different designs and will be chosen at random when selected. However, you can select the desired Biome from Grassland, Forest, Savannah, Tiaga, Snow Tundra, and Stone Coast. To do so, you need to input certain button codes associated with each biome on the Stage select screen. You can find the codes below with their associated Biome below. Alternatively, you can also see the codes in the image below that we have translated from Japanese.

(Please note that the + symbol does not represent the + button. It is to signify that the buttons need to held together).