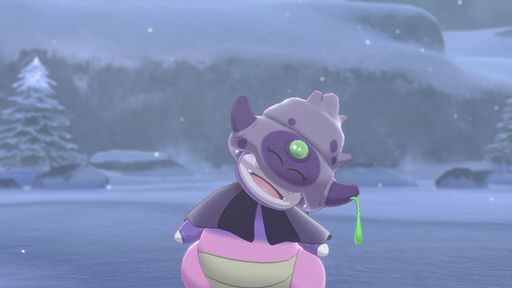 After months of rumours, supposed leaks and hype for a Galarian Slowking, we finally have a release date for The Crown Tundra DLC for Pokémon Sword and Pokémon Shield and information on two Pokémon that can be discovered in the new region. Therefore, welcome back to “Who’s That Pokémon?” and this time, we’re tackling the Hexpert Pokémon, Galarian Slowking:

Description: A Shellder bite set off a reaction between the chemicals secreted by Galarian Slowpoke’s brain and the spices inside its body, causing Slowpoke to gain the Poison type as it evolved into Galarian Slowking. The Shellder’s intelligence also skyrocketed, giving the Shellder psychic powers that put other Psychic-type Pokémon to shame.

Galarian Slowking have been observed uttering incantations in order to communicate with each other. They also appear to chant mysterious spells when using moves in battle. Exactly what these Slowking are saying has yet to be fully understood.

Signature Move (Eerie Spell): Eerie Spell is a Psychic-type special move in which the Pokémon attacks with tremendous psychic power. If hit, the opponent doesn’t only take damage—it also loses 3 PP from the move it last used.