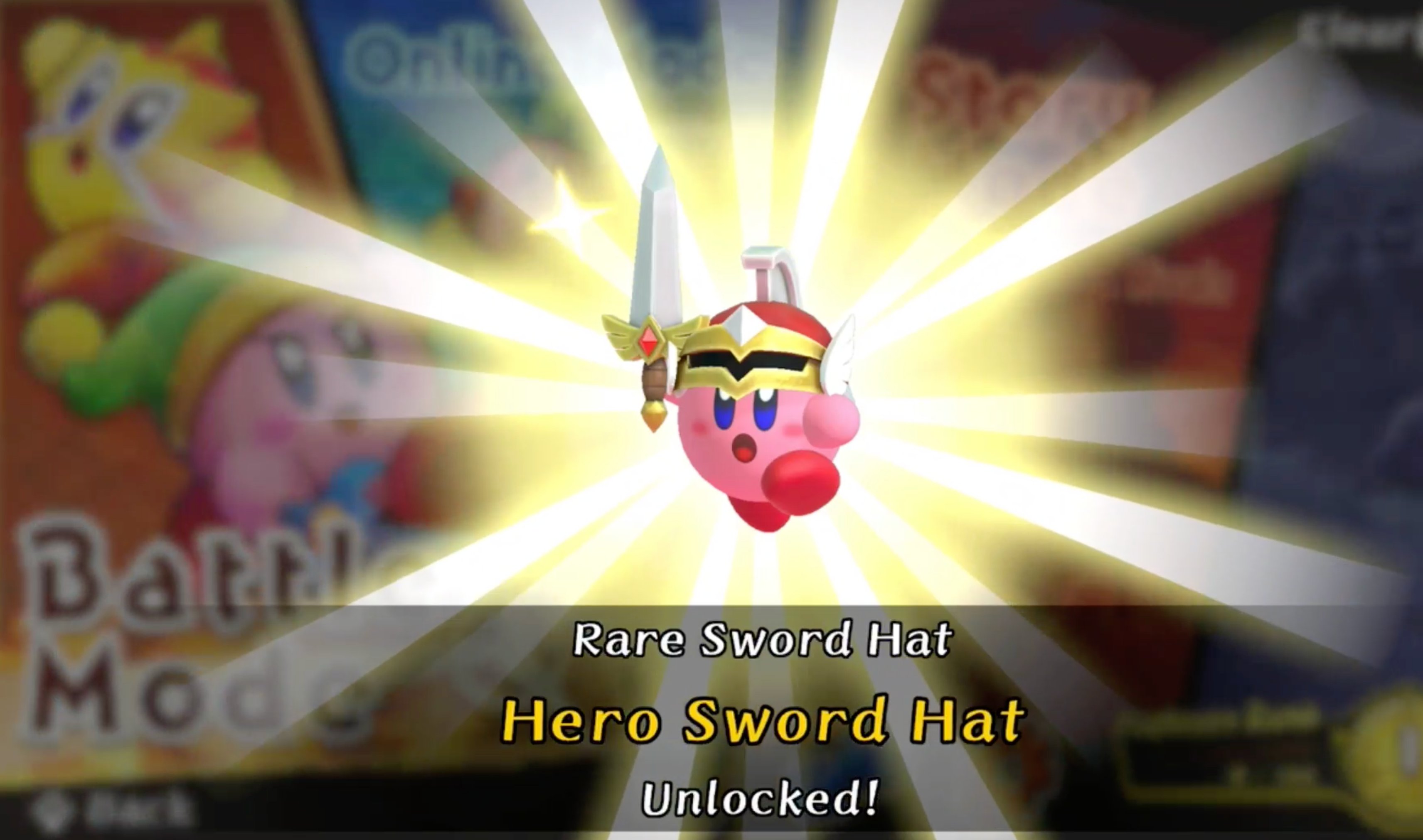 Want to get those Kirby Fighters 2 Rare Hats? Not to worry, we’ll tell you how.

In Kirby Fighters 2, players can unlock Rare Hats for their Kirby fighter to wear. There are four rare hats that have been brought to our attention so far, courtesy of Chris Becker aka @SuperNintendad on Twitter. To unlock them, you need only to have Save Data on your Switch console from other Kirby Games.

Here are the Kirby Fighters 2 rare hats you can get from each game Save Data.

By having Save Data of Super Kirby Clash, you can unlock a new Sword Rare Hat.

If you have Save Data for Kirby Star Allies on your Switch, you can unlock three rare hats for the Sword, Staff, and Beam Copy ability.

You can unlock Rare Hats in Kirby Star Fighters 2 as rewards by reaching certain levels in your Fighter Rank. We have some examples of the type of Hats you can unlock below.

We want to give huge thanks to Chris again, for bringing this information to our attention and for the screenshots that are displayed in this guide. If there are any more Kirby Fighters 2 Rare Hats, we’ll be sure to add them here.