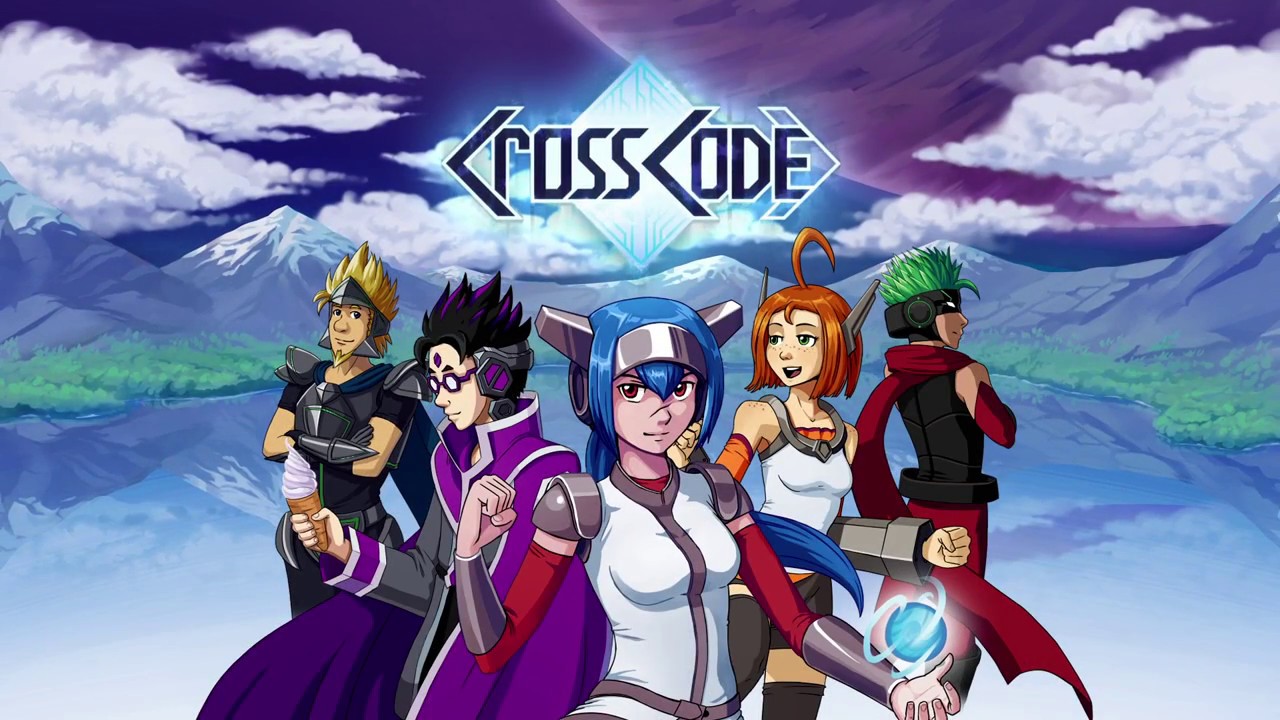 CrossCode is a very meta, old school style Action RPG. This game is groundbreaking in that it is reviving the artistic style of RPG’s of the SNES era. Visual cues from the likes of Chrono Trigger, Legend of Zelda: A Link to the Past etc., this game is absolutely brilliant.

Development for this title began back in 2011 and has been seen every twist and turn game development can throw at them. Radical Fish was formed so that several people could work together on development of this title. On Nov. 30, 2014, they released their first demo focusing mainly on RPG features. In February of 2015, they started a successful crowd funding campaign for more developmental support. The demo version is available at www.cross-code.com.

When asked about the development, P.R. Manager Michael Hoss had this to say:

“Phew… like, an interesting fact might be that the game itself is developed by a de-centralised team. Like, they don’t have an office. Well, they have now. But not to work together, more to separate work from private life. But the team itself is spread all over germany communicating only through online tools such as Discord. Also they sometimes meet for a so called CrossWeek where they rent a BnB apartment and develop a week together.

Regarding the console port (as we did them in our studio): It took us around 3 years. The first port we had to throw away as it was to slow and we picked the wrong approach of porting it. It was real challenge to be honest, as CrossCode is written in HTML5 and so far no one brought a chromium browser to consoles and everyone told us actually to not even try it. Well, it took us two years after the first try. And roughly 9 months of staring at black screens. For me, technically, this is the most impressive thing I’ve seen in my whole career in games. What Robert, the coder who did this, managed to pull off here is beyond everything I’ve ever seen. Like, for real.”

CrossCode first premiered on Steam on September 20, 2018. Then was ported to consoles July 9, 2020. They also received “Most fulfilling community funded game” at the SXSW Gaming Awards!

CrossCode Follows young Lea through a popular MMO RPG game called “CrossWorlds.” Throughout her journey she meets a diverse cast of characters and explores vast lands during each successful login. She must master the four elements to unlock more secrets in the world of CrossWorlds!

One major twist, however, is that Lea is completely Mute. Her character unlocks a word at a time so that she can communicate, but it is very intriguing to see her interact throughout the world. To find out more, you will have to play it. It is totally worth it!

For an “old school” inspired game, the story holds up and really pulls you in. You feel for Lea’s inability to speak when she talks to various NPC’s. It actually hits close to home for me as I have a student with a disability and I feel like she could relate to this character. The writing and storytelling is not cheesy like many of the older games of yesterday and is honestly quite impressive! I don’t want to spoil much, as this story is fantastic so check it out for yourself!

Being an old-school, SNES inspired, action RPG, CrossCode is full of great action as well as an intense skill tree that you develop as you level up. The combat is a mixture of close quarters beat-em-up and long distance shoot em up.

You are a “sphereomancer” and you shoot magic balls at your enemies, but you MUST be accurate AND patient. When you aim, a line will form but if you shoot too soon, the magic balls will fly randomly. Once the line is formed, your attacks will do max damage for your level. You also unlock a variety of shooting styles as you progress throughout the game. In classic RPG fashion, you gain points to apply to a complicated skill tree every time you level up. This game can get a little grind-y at times, but if you don’t like grinding in an RPG game, you should not be playing an RPG game.

The close quarters combat is difficult, but effective. If you don’t have an NPC companion, the combat can be quite tricky. I’d recommend upgrading your physical attacks because if you get overwhelmed, I promise you’ll throw your controller a few times (…..I may have done this a time or two…) In combat, as you defeat enemies, you have a small gauge that increases your speed and your attack power. You start at level D and as you defeat more enemies you increase to level S. The momentum gets intense and very engaging as well as rewarding.

The top down view is reminiscent of the likes of Chrono Trigger, A Link to the Past and The Illusion of Gaia (If you’ve never played The Illusion of Gaia, please contact me and let me tell you all about it!). The controls can be quite touchy and if you’re not careful you’ll fall in the water while you jump across rocks to get to the other side, which does damage.) One neat mechanic is auto jumping. If you’re a fan of old school games and got frustrated when you couldn’t jump, then you’ll love CrossCode. Auto Jumping to upper levels is quite satisfying, however, you must be careful as you can slide off easily and have to start all over again. This world is vast and full of adventure and really holds up to the classics mentioned above!

The Switch version of CrossCode comes with the base game and not much else. The PC version however will have an exclusive quest, so until they move it to the Switch, Switch owners will miss out on this exclusive quest. However, each console version will contain it’s own exclusive quest with a dungeon and a boss fight. Physical editions will also be available later in August for PS4 and Switch.

With this game being a vast Action RPG, there are multiple endings as well as directions you can take throughout the story. This $20 game is packed with over 80 hours of content and is totally worth it!

With this game being so fresh, when there are more updates and features released, we’ll be sure to let you know!

As a classic video game audiophile, I can tell you this soundtrack is absolutely beautiful. I literally just bought the vinyl version of the CrossCode soundtrack. There isn’t any voice acting, which is akin to the older SNES/PS1 era RPG’s. The battle music is intense and lets you know there are still enemies around you if you think you’ve destroyed everyone.

The battle sounds are satisfying and I just can’t stop thinking about how beautiful the soundtrack is. You can listen to the music at the Cross-Code website. The composer, Deniz Akbulut did a phenomenal job.

As mentioned earlier, the influence of classic RPGs on the SNES and PS1 are paramount throughout the game. As I traverse the beautiful 16 bit style 2D graphics, I reminisced about the games I played as a child. Games like The Illusion of Gaia, The Legend of Zelda: A Link to the Past, and Chrono Trigger all come to mind when thinking about the beautiful graphics of this game.

In today’s day and age of ray tracing, 4k graphics, and realism, I feel games like this get overlooked because of their graphics. Gamers today need to understand that we would not have the intense graphics and games of today and the future without gaems that looked like CrossCode. We have to understand appreciate our roots to truly grasp the power of gaming, and the developers of CrossCode have captured that essence in a brilliant masterpiece in modern 2D gaming!

There are some framerate hiccups in the Switch version, but the majority of this game runs very smoothly. If you move quickly or there are a lot of busy things happening on the screen, the frame rate does seem to drop a little bit but it’s not enough to spoil the experience. The visuals of combat are quite beautiful regardless!

CrossCode is not just for the old school fan. This game is important because it shows that games in this style holds up to the monsters of today. This game is full of challenge, a great story, relatability, and a brilliant soundtrack. While visually the frames get choppy, the overall experience is worth it.

For $20, a game that is packed with adventure and story is definitely worth every penny. The difficulty can be a bit much for those who are not used to the unforgiving challenge of older RPG games, but you can adjust that and just enjoy the ride.

CrossCode revives the 2D SNES Style in great fashion and is a breath of fresh air for fans of the games of yesterday looking for a challenge.