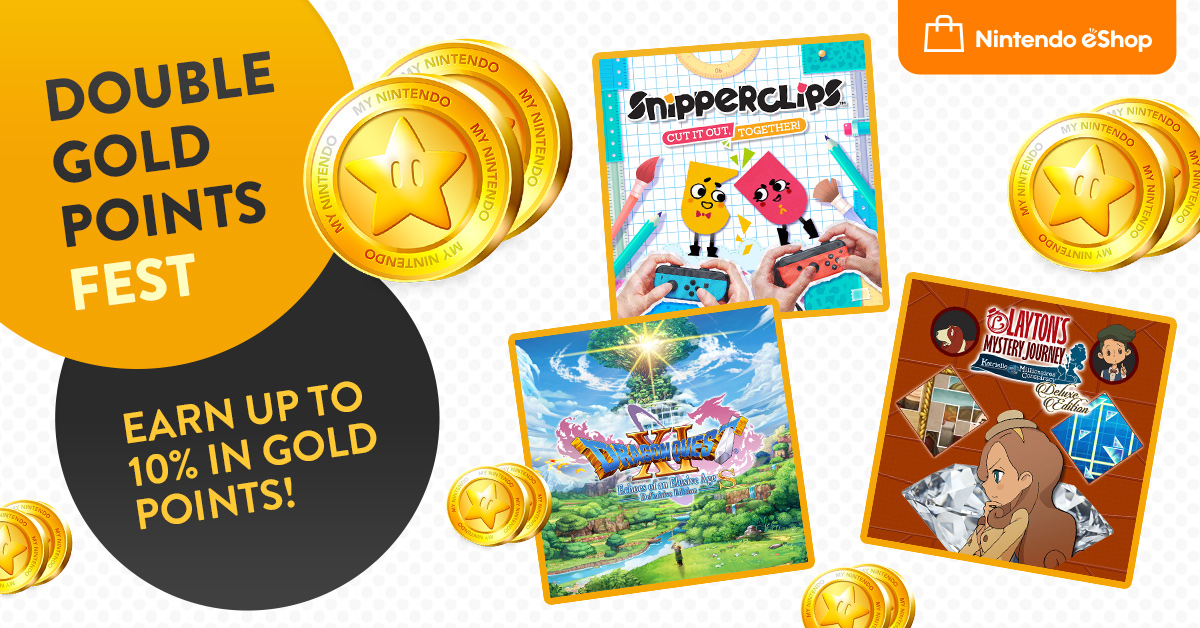 Nintendo of Europe is holding a sale of sorts on select Nintendo Switch titles that are brought via the Nintendo eShop called Double Gold Points Fest. Every week until July 30th, three titles will reward double gold points upon purchase. A total of 12 games will be getting the double gold points treatment until Double Gold Points Fest ends on August 12th.

The first three games that are a part of Double Gold Points Fest are Dragon Quest XI: Echoes of an Elusive Age – Definitive Edition, Layton’s Mystery Journey: Katrielle and the Millionaire’s Conspiracy – Deluxe Edition, and Snipperclips: Cut Them Out, Together!

Get a little extra back on Nintendo eShop with our Double Gold Points Fest!

Enjoy a summer surprise with our Double Gold Points Fest, now running on Nintendo eShop! From now until August 12th, earn up to 10% of your money back as Gold Points*, when you buy selected Nintendo Switch titles.

Every Thursday until 30/07, we’ll add three new games that will reward you with double Gold Points**, so make sure to check back often to see what’s been added. All games listed below will grant you double Gold Points, so long as you purchase them before August 12th.