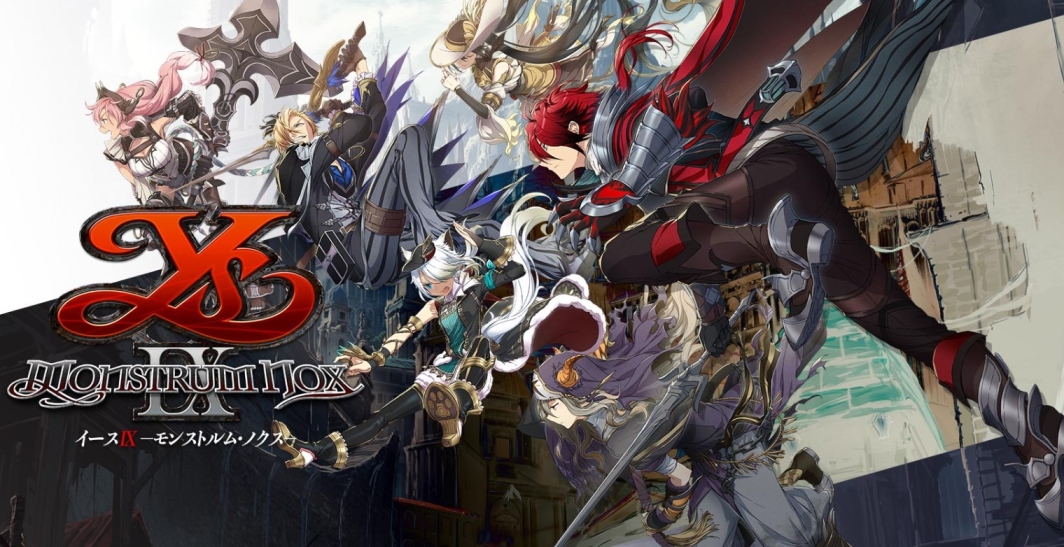 Previously exclusive to the PlayStation 4, during New Game+ Expo, it has been revealed that NIS America will be bringing Ys IX: Monstrum Nox to the Nintendo Switch, making it the second game in the series available on the platform, after Ys VIII: Lacrimosa of Dana.

NIS America also revealed Fallen Legion: Revenants, which you can learn about here:

In a world covered in miasma, a floating castle is the last refuge for mankind. The earth is scarred with beasts mutated by the plague while Welkin Castle is quarantined from the horrors below. Lucien, a charismatic politician protected in the castle walls, discovers an ancient book where he learns of the Exemplars, weapons that can turn into sentient soldiers. He joins forces with Rowena, a revenant determined to find a way to come back to life to raise her living son, and the two reluctantly make a pact to overthrow the mad tyrant controlling Welkin.

– Weaver of Fate – Influence the events within the castle through your dialogue choices, and determine who lives or dies with every decision you make.
– Unearthly Warriors – As Rowena, test your reflexes and tactical prowess with intense real-time battles as you command a squad of legendary Exemplars to decimate your foes.
– Forbidden Knowledge – As Lucien, craft potions and other useful items with Alchemic Recipes, and use stealth tactics to navigate the castle and discover its secrets.

Switch players will also be able to pick up The Legend of Heroes: Trails of Cold Steel IV in 2021.

Experience the end of a saga with #TrailsofColdSteelIV from @NISAmerica! With war on the horizon, heroes from far and wide must unite to save their world from darkness. Coming first to PS4 in Fall 2020, Nintendo Switch and PC in 2021. pic.twitter.com/TLHmTD9vWM