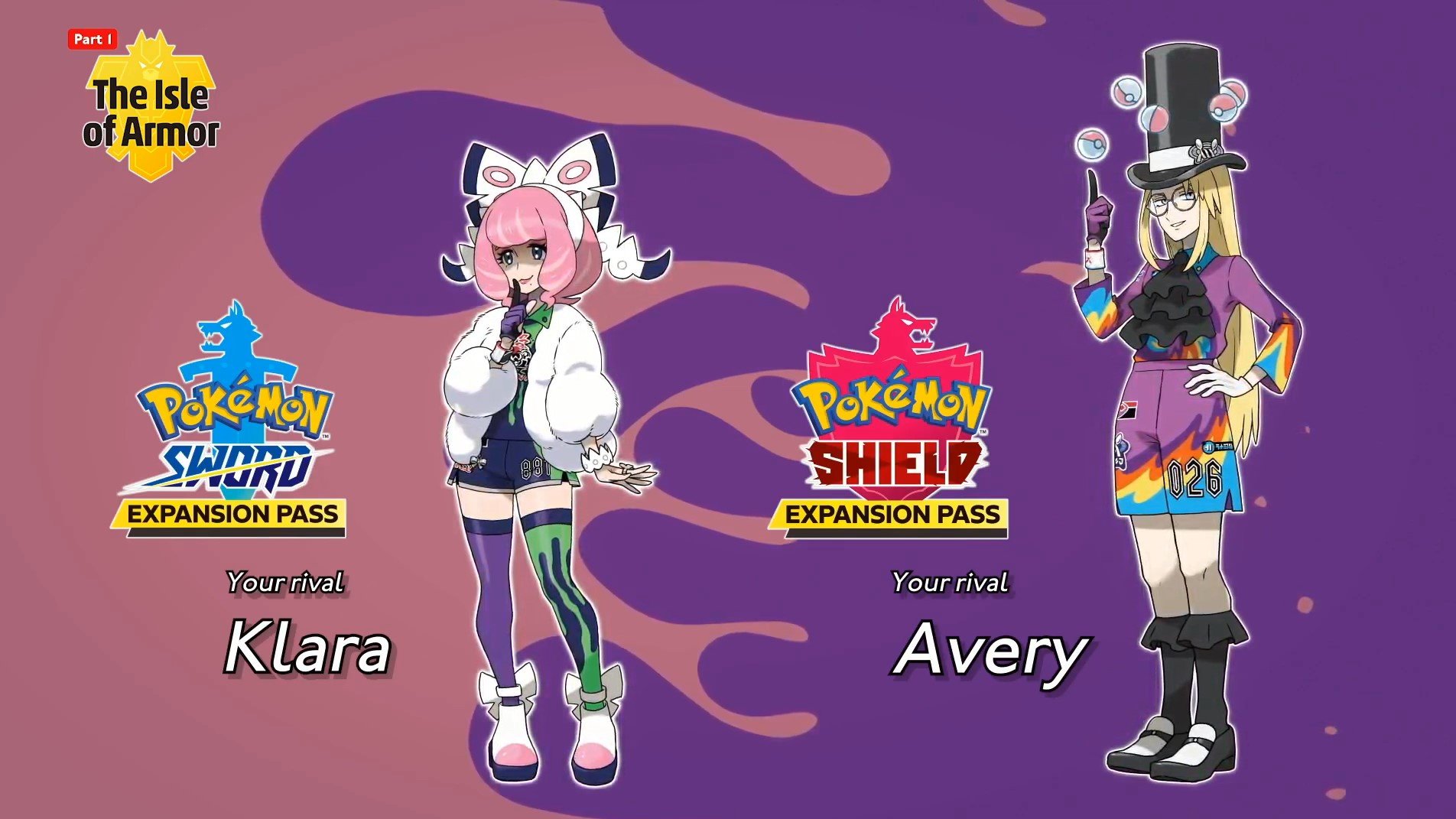 We are now just mere weeks away from the release of The Isle of Armor as part of the Expansion Pass for Pokémon Sword and Pokémon Shield, and in light of that, we want to take this moment to introduce some of characters players can expect to meet in both The Isle of Armor and The Crown Tundra?

Mustard (The Isle of Armor)

Mustard will appear in The Isle of Armor and will be responsible for your training. He’s a legendary Trainer who held the seat of Champion for an astounding 18 years, back before Dynamaxing was incorporated into the battles of the Pokémon League. His record has yet to be beaten! In fact, Champion Leon himself trained under Mustard, and Mustard was the first one to recognize Leon’s latent talent!

Klara specializes in Poison-type Pokémon and is training hard at Mustard’s dojo. She’ll do just about anything to appear adorable and cute, as popularity is what she admires most of all. She goes about her days with a smile on her face, but hiding behind it is a calculating nature that she puts to very good use.

Avery is one of the Trainers who strive to become stronger at Mustard’s dojo, and he is a proficient user of Psychic-type Pokémon. He is gentlemanly and well-mannered but also very proud. And it seems that he’ll see you as a particularly formidable rival!

Upon arriving in the Crown Tundra, you’ll encounter Peony, who has brought his daughter along on an adventure to find the truth behind tales of Legendary Pokémon in the area. Listening isn’t his strongest suit, and his bold behavior draws plenty of attention. But he has a kind side and plenty of affection for his daughter.