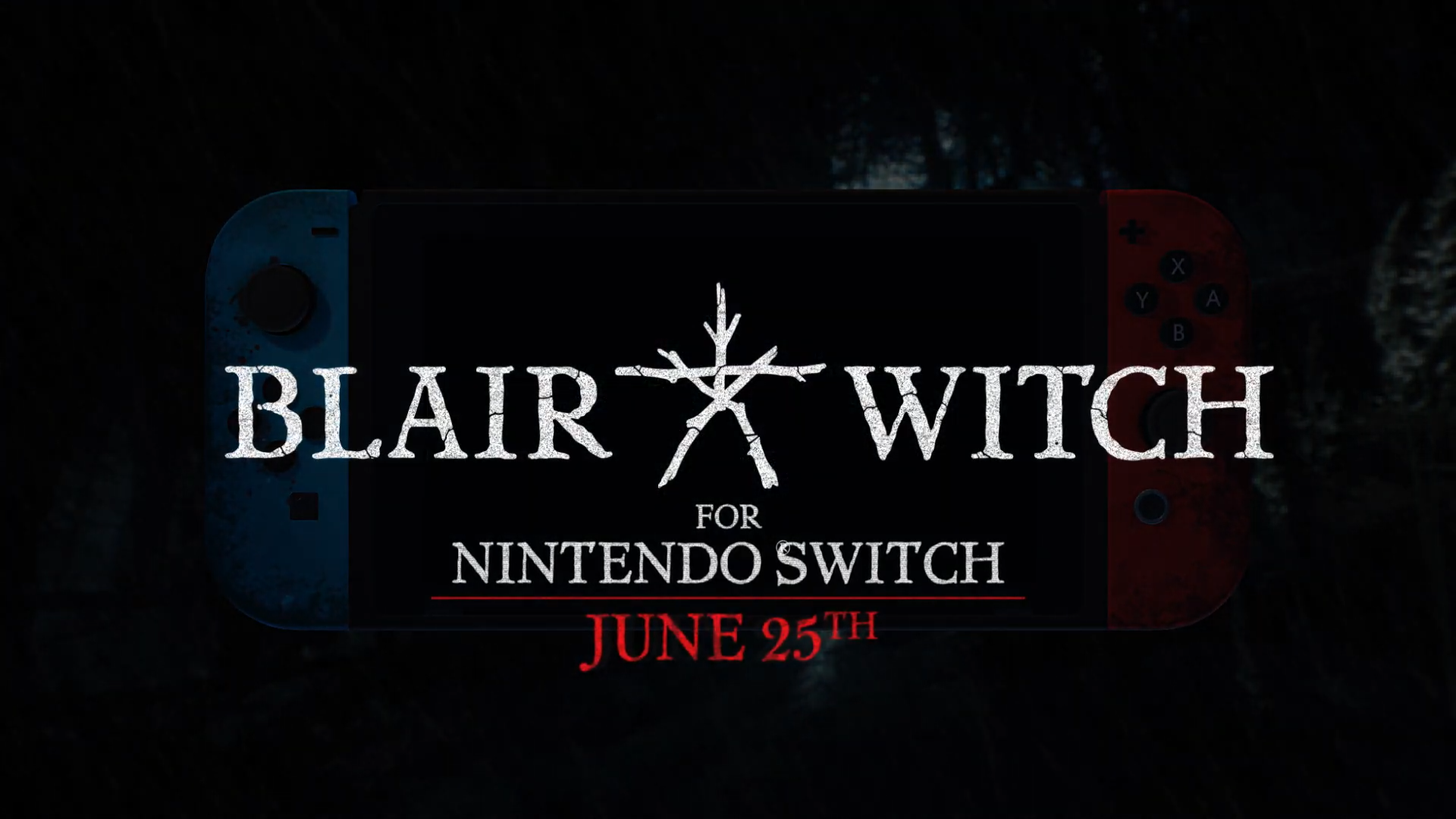 Bloober Team is known for some incredibly scary games (Layers Of Fear Legacy still gives me nightmares). If you thought that was the best it would be for them though, think again, because we are not out of the woods yet. They have revealed that Blair Witch is releasing on Nintendo Switch on June 25th.

For more information and a trailer for Blair Witch, check out the official announcement below.

KRAKOW, POLAND – May 28, 2020 – Today, Bloober Team, the creative minds behind the critically acclaimed Layers of Fear and Observer game, in partnership with global content leader Lionsgate (NYSE: LGF.A, LGF.B), call you back to the woods with the upcoming release of Blair Witch on Nintendo Switch. The game is set to launch on June 25th, 2020 for $29.99 Rated “M” for Mature by the ESRB.

Blair Witch offers fans and players alike their own descent into madness through an original story inspired by Lionsgate’s iconic Blair Witch film. Set in 1996, a young boy disappears in the Black Hills Forest near Burkittsville, Maryland. Players experience the horror as Ellis, a former police officer with a troubled past, accompanied by his trustful canine companion, Bullet, investigate. Their story starts as they join the search for the missing boy, but players shortly discover the horrors that await as the woods twist and turn into an endless nightmare. Ellis will have to confront his fears, and his past, along with the mysterious force that haunts the woods.

At launch, Blair Witch will include the “Good Boy Pack” update, offering players the ability to personalize their canine companion’s fur attributes, eye color, and collar, along with additional Bullet animations. The bundle will also contain the “Super Rex” mini-game which Bullet fans cannot resist.

The game will support key features of the Nintendo Switch: HD Rumble, TV Mode, Tabletop Mode, Handheld Mode, and Touch Screen Support in the game menu. Immerse yourself in the disturbing atmosphere of the Black Hills Forest anywhere and anytime on the go!