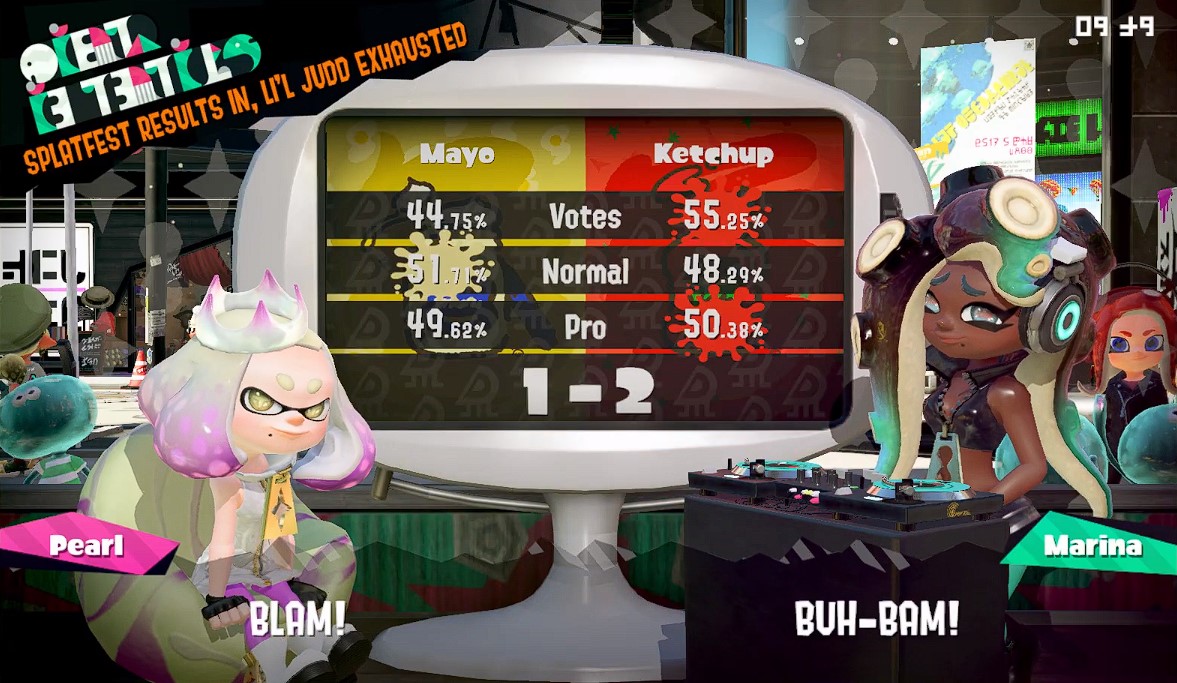 Splatoon 2 returned with a vengeance pitting for a second time one of the most historically debated Splatfests (hyperbole – before someone jumps me) where people were forced to pick between Mayo and Ketchup. Team Mayo won the first go-round, forcing Team Ketchup to achieve a much desperately needed victory over the weekend to even the stakes at 1-1 and allowing them to safe face.

The first entry on the Team Mayo vs Team Ketchup “mayo-chup” took place on August 2017, with Team Mayo earning a 2-1 win, despite an overwhelming disparity on the popular vote:

With the series tied at one win each, should the Squid Research Lab cook up another Splatfest to decide who the winner is once and for all?

Sergio Acevedo is a writer at Miketendo64. You can also talk with him about Nintendo happenings on Twitter and listen to his Nintendo Podcast at the Force in Unison Gaming channel