[Guide] Every Star Wars Game on the Nintendo Switch 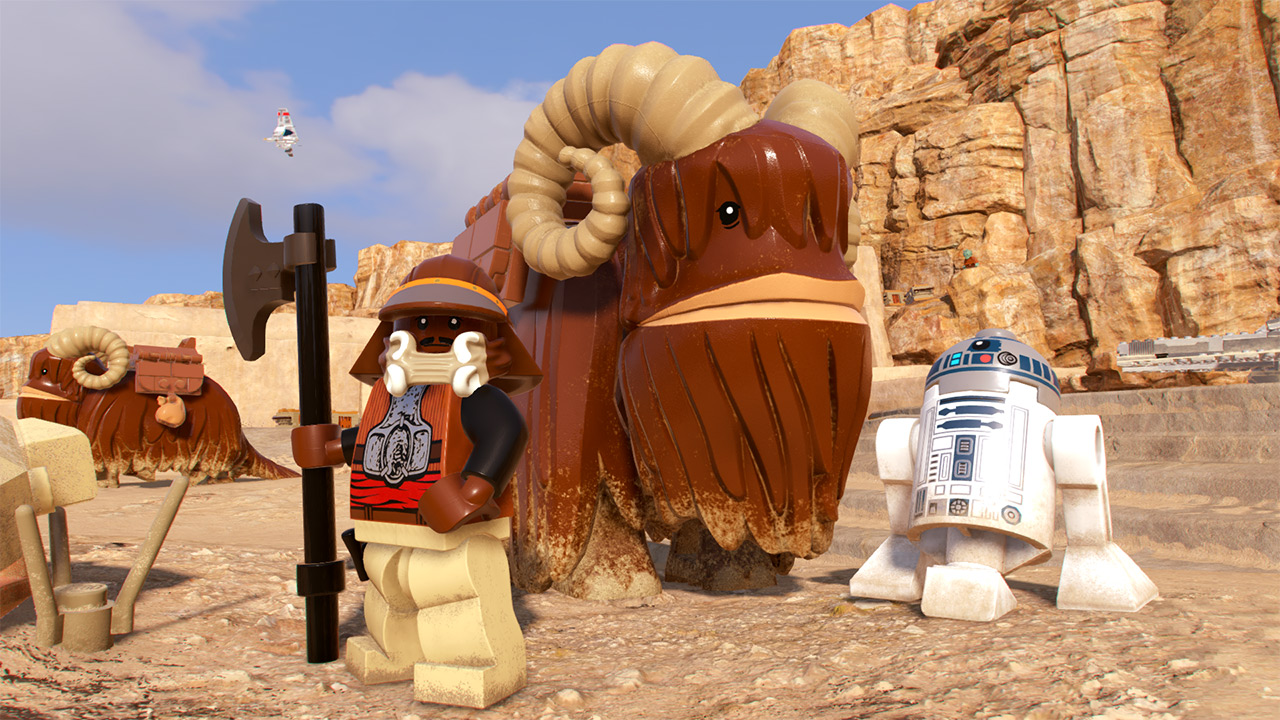 In addition to HD Rumble and vertical play, Star Wars Pinball boasts several new features and modes exclusive to Nintendo Switch as a standalone product: • Galactic Struggle: Every Star Wars Pinball player in the galaxy will choose to support the light or dark side in a perpetual online digital tug-of-war between the forces of good and evil. Which path will you choose? • Career Mode: Designed with short on-the-go gameplay sessions in mind, this mode challenges you to complete very specific pinball-based missions across all 19 tables. o Choose the path of the Jedi or the Sith as you progress through 50 career ranks. o Some missions involve mastering awesome Star Wars-themed mini-games that might be difficult for some players to access through regular play, such as piloting an X-wing or TIE fighter or fighting Darth Vader in a lightsaber duel. • Force Powers and Talents: Collect Holocron Shards during missions to unlock Force powers and talents that yield special in-game bonuses when activated, such as multipliers, slowing down time and more. • Cantina Jukebox: Collect the greatest tunes in the galaxy as you play each table. Once you’ve heard a song, you can listen to it any time you like in the game lobby.

Take control of a podracer speeding through flaming methane lakes, Tusken Raider assaults, anti-gravity tunnels, and much more in a pulse-pounding, do-or-die fight to the finish line. Key Features: ■ Choose from 25 playable racers including: Anakin Skywalker, Sebulba, and Ratts Tyerell ■ Race tracks spanning 8 unique worlds including: Tatooine, Baroonda, and Malastare ■ Work with Pit Droids to upgrade your podracer for higher top speeds and acceleration ■ Discover short-cuts and secrets to master your lap times.

Welcome to the Clone Wars: Chaos has erupted throughout the galaxy. As leader of an elite squad of Republic Commandos, your mission is to infiltrate, dominate, and ultimately annihilate the enemy. Battle Relentless Enemies: Battle a variety of highly intelligent and deadly enemies—from brutal Trandoshan mercenaries to the flying insectoid warriors of Geonosis. The Squad is Your Weapon: Your squad will follow your orders, performing complex commands and strategic maneuvers. You are their leader. They are your weapon.

Four thousand years before the Galactic Empire, hundreds of Jedi Knights have fallen in battle against the ruthless Sith and you are the last hope of the Jedi Order. Can you master the awesome power of the Force and save the Republic? Or will you fall to the lure of the dark side?

Hero or villain, savior or conqueror… you alone will determine the fate of the entire galaxy!

Release Date: April 20, 2021 (EU & NA) Players: 1 – 2 players Genre: Action, Adventure Game File Size: 4 GB   You are Starkiller, Darth Vader’s secret apprentice, who has been trained to hunt down and destroy the Jedi. Take advantage of devastating Force powers and lightsaber combos to do Darth Vader’s bidding. Similar to the 2008 release on the Nintendo Wii™, use the Nintendo Joy-Con motion controls to truly feel the destructive power of the Force or challenge a friend to a 1v1 in the local multiplayer Duel mode! **Play as Darth Vader’s “Secret Apprentice”** –Destroy all who stand in your way in your ultimate quest to serve Lord Vader. Discover the untold story of the Secret Apprentice set between STAR WARS: Revenge of the Sith and STAR WARS: A New Hope. **Unleash Epic Force Powers!** –Just like it’s original release on the Nintendo Wii, players can unleash devastating Force powers and lightsaber combos using the Nintendo Joy-Con’s optional motion controls. **Local Multiplayer Duel Mode.** –Choose from 27 characters to battle a friend in a local multiplayer mode to determine the galaxy’s most powerful Jedi! **Travel the Star Wars galaxy.** –Defeat Jedi Masters on familiar worlds, including Cloud City and the Wookiee homeworld Kashyyyk, or at other unique locations like the floral planet Felucia and the junk planet Raxus Prime.

Release Date: June 8, 2022 (EU & NA) Players: 1 player Genre: Role-Playing, Action, Adventure Game File Size: 15.7 GB   In this standalone sequel to the award-winning RPG STAR WARS: Knights of the Old Republic, the Sith Lords have hunted the Jedi to the edge of extinction and are on the verge of crushing the Old Republic. With the Jedi Order in ruin, the Republic’s only hope is a lone Jedi in exile struggling to reconnect with the Force. Lead a diverse crew of unique allies, make difficult choices with far-reaching consequences, and decide your destiny. Will you follow the light side and save the Galaxy, or succumb to the dark side and bring it all down…

STAR WARS: Hunters™ will connect players in real time to battle in settings inspired by iconic STAR WARS locales. Players will join squads of all-new and authentic characters, including daring Bounty Hunters, heroes of the Rebellion and Imperial stormtroopers, in an action game that immerses players in a fast-paced and visually stunning STAR WARS galaxy.