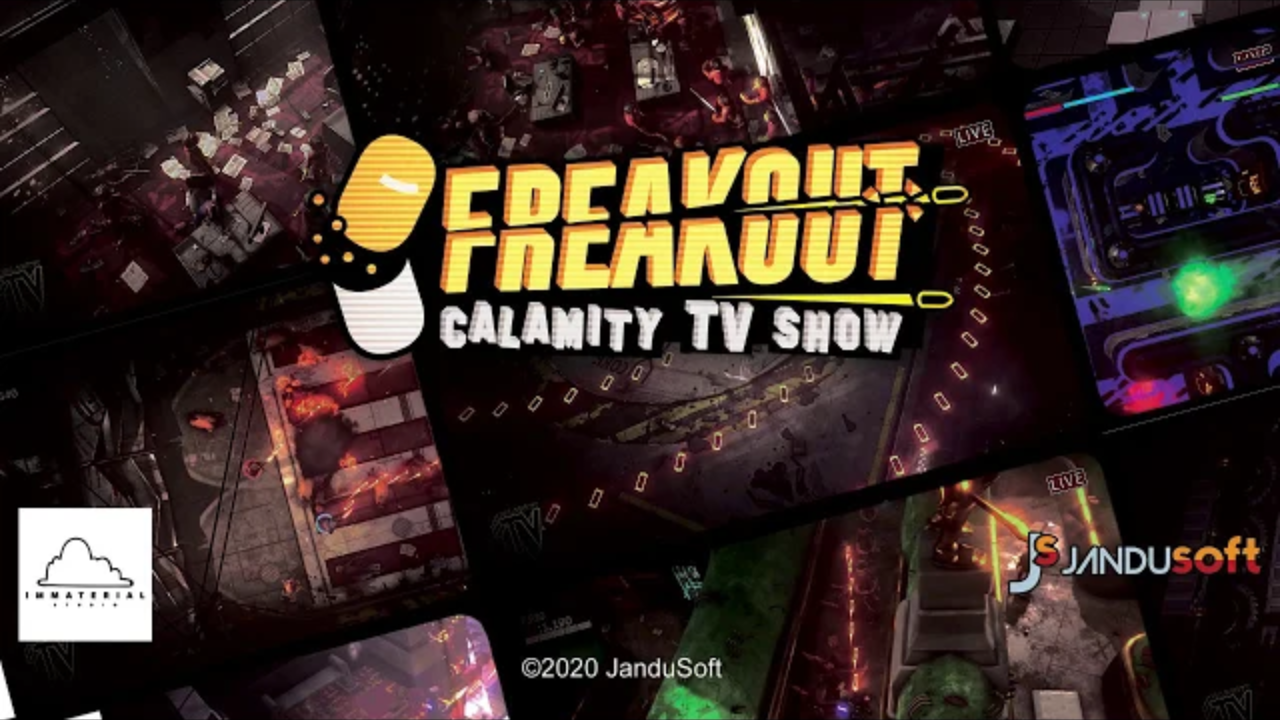 If you like top-down, dual-stick shooters than you might like this one. Freakout: Calamity TV Show is releasing April 17th on the Nintendo Switch eShop for $9.99/€8.99. Developed by the same studio that brought you Caveman Warriors, their newest title pits you in the midst of a Violent TV show where you must kill waves upon waves of other contestants.

We have a trailer and an overview for Freakout: Calamity TV Show below.

In a disturbed dystopia filled with mutants and killing machines, you’re the star of a reality show which might get a bit too real. Fight your way through the deadly enemy waves, join the revolution, and try to take down the evil Fizzy Corp.